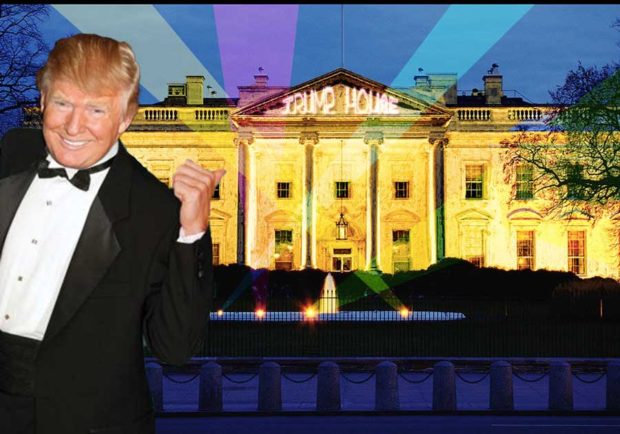 Very few asset classes made money for investors during 2015. Part I examined the carnage. Today I’ll take a look at some of the opportunities as we move into 2016. At some point things have to turn around.

The U.S. Federal Reserve finally did it. On Wednesday 16th December it increased the interest rate on federal funds by a much anticipated but rather modest 25 basis points (or 0.25% – a basis point is one hundredth of a percent). That’s the first time it’s gone up in a decade.

The Fed funds rate is for overnight loans between commercial banks, which, put in simple terms, have either an excess or a shortfall of cash reserves at the end of each day.

Everyone’s been waiting for this for months, even years. It signals that emergency measures previously put in place to prevent a financial collapse are finally being rolled back. It’s long overdue.

Most people now expect rates to keep rising steadily through 2016 and 2017 – and perhaps beyond – to somewhere in the 2% to 3% range. Of course that’s barring another market crash, which would probably cause the Fed to panic again.

Now it’s time to make a high conviction prediction. US stock prices will go up…over the next 31 years. That’s how long it would take for the index to be the same level as today if valuations fell to their lowest historical levels ever, and if profit growth was consistent with long run averages.

If the P/E fell to its median level (mid-point since 1871) and profit growth matched the historical average then it would take nine years to get back to today’s index level. Put another way, investors in US stocks are unlikely to make much of a profit over the next nine years if valuations revert to median levels.

It’s easy to be confident that nominal stock prices will rise in the ultra long term, whatever happens to valuations. What I can’t say is what will happen over the next week, month, year, or even a few years.

Predicting short term price moves is a mug’s game. You can never tell when a crash is on the cards. All those Wall Street strategists and other analysts that predict the S&P 500 will reach a certain level by the end of 2016 are really just taking a wild guess. Anyone that claims confidently that they can make short term price predictions is either a fraud or a loony.

On the other hand, what we can do is examine whether something is currently trading cheaply or expensively. By this I mean we can observe the current market price and take a good stab at working out what it should be worth, its value.

But when something is already expensive – which most certainly includes US stocks – you need a near perfect, and hence highly unlikely, alignment of the planets for the profits to roll in.

This is why here at OfWealth we concentrate on finding things that are already cheap. It doesn’t provide a guarantee that we’ll get it right every time. But it improves our chances. Applied consistently and over the long run this approach works extremely well.

So where are some of those cheap opportunities? The good news is that there appear to be more by the day. Crashes are great for value investors, as they leave the markets scattered with bargains.

As I said in part I, Greece is now actually looking pretty cheap. Finally! The market is down 98% since October 2007, measured in US dollars. It now has a price-to-book ratio below 0.5. So there could be a bounce in 2016. But on the other hand it’s still a country living in depression.

When it comes to interesting opportunities these days it’s the real emerging markets where the action is. Not least because they’ve suffered four and a half years of bear market. Their long term growth prospects are strong but in many cases stock prices are cheap.

The misnamed MSCI World index – which actually only includes developed market stocks – has a P/E of 19.3. On the other hand, the MSCI Emerging Markets index has a P/E of just 12.9. In other words developed market stocks are 50% more expensive than emerging markets. Perhaps that’s not surprising since 59% of the MSCI World index is the overpriced US market.

Frontier markets are even cheaper. The MSCI Frontier Markets index has a P/E of just 10. It also has a high dividend yield around 4.3%.

Of course the bargains aren’t across the board. Some emerging and frontier markets are still extremely expensive. The Philippines, India and Indonesia are three prominent examples. But there are ever more individual country markets that look attractive.

One example is South Korea. Actually this highly advanced technological country isn’t really an emerging market at all, although index providers with a Western bias still say it is (along with Taiwan). South Korea’s also the world’s fifth largest exporter, after Japan.

Despite that you can buy the South Korean stock index for less than liquidation value, by which I mean a price-to-book value (P/B) of less than one. That has to be a bargain. (See our article from June for more.)

Taiwan looks pretty good value itself. The country index has a P/E of 11.5 and dividend yield of 4.2%. I’ll take a closer look at Taiwan in future.

Russia remains deeply hated by investors. This is precisely why it’s so attractive. You can buy Russian stocks for close to half liquidation value, and get a dividend of 4% to 5% in the process. On that basis I’m confident that Russian stocks will be great investments over the next decade or more.

Chinese A-shares – those traded on the mainland and priced in renminbi yuan – went through a big bubble and bust during 2015. Despite that they’re still not cheap. But there are ways to buy cheap Chinese stocks, such as the First Trust China AlphaDEX Fund (NYSE:FCA) – see more here.

The trick with FCA is that the shares are of mainland Chinese companies, but are traded in Hong Kong. The Hong Kong stock exchange is a mature and international market, unlike the teenagers skulking around in Shanghai and Shenzhen.

Currently you can buy FCA with a P/B of 0.9 (below liquidation value), P/E of 8.3 and tasty dividend yield of 4.1%. Barring a major meltdown in China – and the jury is still out on that one – this looks highly attractive. Personally I think worries about China may be overdone. But only time will tell.

Note that this is not the same as saying stocks of Hong Kong companies – with most of their business in that territory – are good value. Hong Kong has had a massive real estate bubble in recent years which looks like it may be on the turn. If it pops then it could drag a lot down with it.

On the other side of the world there’s a smattering of Latin American countries that could bounce back after taking big hits. These include Brazil, Colombia and Argentina.

Brazil has been hit by weak commodity prices, a huge corruption scandal at the state controlled oil company Petroleo Brasileiro (NYSE:PBR), and now moves to impeach the president. The problems look far from over.

On the other hand Colombia has been hit mainly by the oil price collapse. If oil stabilises and starts to rise again then it could be a great opportunity. Also a final peace agreement with the remaining left wing guerrillas is due by late March 2016, although nothing is guaranteed.

Further south, voters in Argentina have recently kicked out the economically incompetent children that were running its government. That said, the adults that have replaced them have a tough economic inheritance.

Within their first week of government they’ve already made some big and bold moves to normalise the economy. These include removing penal taxes on exports of Argentine agricultural and industrial products, and normalising the foreign exchange market so that there is one exchange rate for all activities. Previously there were five or six main rates, all at vastly different levels.

The new government has also made it clear that they won’t tolerate corruption, which was widespread under the previous administration. For example a court order prevents the previous, and aptly named vice president from leaving the country until various corruption prosecutions have run their course.

It’s still too early to know whether Argentina can get itself on track for growth, but the early signs are positive. The new government understands that the foundation of any successful country is a strong economy, not histrionics, lies and cheap populist promises. (Whereas certain US presidential candidates appear to have learnt their craft from Latin American populist demagogues. No prizes for guessing who…)

It’s impossible to predict what 2016 will bring for investors. But at least there are some interesting and accessible opportunities around the world nowadays. It’s time to start dipping a toe in. Tentatively, at least.