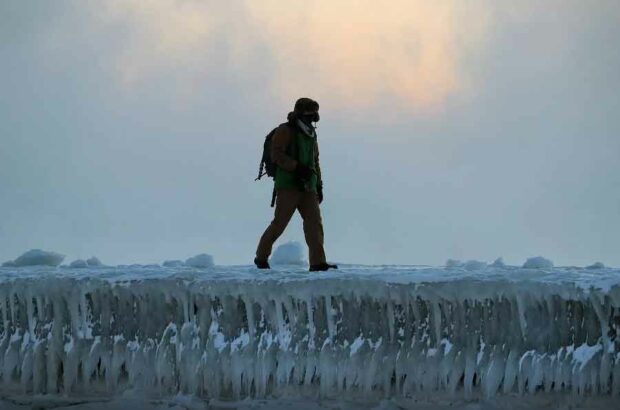 In what seems like a previous life, I lived just down the road from where I’m staying today. I’m at my sister’s place in Putney, in South-West London. Overall, I spent 12 years living in “town”, divided in the middle by a three-year posting to Hong Kong. But I got out of the UK just over 10 years ago.

London was one of the few parts of the UK to vote against Brexit, the UK’s impending departure from the European Union. The level of anger, frustration and annoyance at the result is still clear here.

Yesterday, I took a bus through South Kensington, a smart area slightly further towards the city centre. At one point, the bus passed a house decked out with several huge, star-spangled EU flags. Signs indicated that the occupant “demands a second vote”, or somesuch.

Sitting near to me were a well-spoken woman and a girl of about 12. The child pointed out the flags. The woman nodded approvingly and suggested doing the same in their windows at home, with the addition of a banner saying “I want to stay European”.

This highlighted the deliberate confusion between the geographical continent of “Europe”, or being “European”, and the political construct that is the “European Union”.

The European continent was formed about 20 million years ago. The EU was only created in 1993. That’s when it transformed from a trading bloc into a project aiming at closer political union between the member states.

After substantial expansion into Eastern Europe, there are now 28 European countries with the EU. Meanwhile, there are still 12 European countries that are not in the EU. With or without EU membership, the British Isles remain firmly “European”, and there’s nothing the bipedal inhabitants can do to change that.

Mind you, if you believe the media, everyone will starve after 29th March, which is the scheduled date of departure. There are many reports about the need to stockpile food. Apparently, without the rubber stamp of EU approval, all the ports, ships, planes, roads, trucks, airports, logistics centres, refuelling stations and stores will cease to function.

It reminds me of the panicky feeling in 1999, when the headlines were filled with scare stories about the “millennium bug”. Remember that? All the computers were supposed to crash at the stroke of midnight on 31st December 1999. That was when legacy computer systems, designed with only two digits to denote the calendar year,  would be confused as the year changed from “99” to “00”.

Everything was supposed to stop. Some people even thought all the nukes would be launched by mistake. We were all going to die!

As it happened, we just had slightly worse hangovers than normal on New Year’s day. Not many people get to see in a new millennium, so the celebrations were bigger than usual. But there was no computer catastrophe. My guess is there won’t be a Brexit catastrophe either…probably. We’ll see.

In the markets, stocks and gold have continued their run. Gold’s now up at US$1,321 an ounce. The S&P 500 index of US stocks is at 2,704, which is 15% above its level on Christmas Eve. That’s a pleasant New Year’s resolution…of markets that dropped sharply during the fourth quarter of 2018.

Most recently, both stocks and gold have benefitted from a more dovish sounding Federal Reserve. The next big issue is whether the US and China can come to an accommodation on trade. Reports suggest that Presidents Trump and Xi need to break cake again, face to face, before a deal can be done. Let’s hope the cake is as good as before.

Here in the UK there’s a light smattering of snow. But it’s nowhere near as cold as the temperatures in North America. According to the BBC, the town of Cotton, Minnesota saw the temperature plunge to -48C (-56F). Chicago was been down to -29C (-21F). That’s properly cold.

Moderating the temperature of your investments

Extreme temperatures are rarely enjoyable. Neither are extreme swings in the values of investment portfolios. Generally speaking, most people feel most comfortable with relatively steady upward progress, and no sudden crashes.

Of course, this doesn’t mean making money every single year. No one achieves that, not even the investment greats. But it’s about reducing the swings to a bearable range, which helps to keep emotions in check. It’s when we lose emotional control that we make our worst investment decisions. The heart is most certainly not a better investor than the head.

To achieve that moderation, you need to stay diversified. But not just for its own sake. Every investment must fulfil a clear role, and ultimately be chosen for profit, or to protect gains. I continue to recommend spreading investments between stocks (40%), cash (35%), gold (15%) and long-dated US treasury bonds (10%).

Stocks are for profit, if bought at the right price and held patiently. Cash is there to scoop up future bargains, when there are more available. Gold is both crisis insurance and a long-term bet on growing global prosperity (expanding Chinese and Indian jewellery demand meeting slowing growth of gold supply). Treasuries are mainly a hedge against stock market mayhem.

This kind of approach is a route to avoiding the extremes of hot and cold in your investment journey. It will help to keep you sane. Recently, we re-published an article that explained some other key advantages of avoiding a highly speculative approach. It’s called “Why consistency beats shooting for the moon.” If you missed it, I highly recommend you take a look by clicking on the link above. It reveals some truths that most investors are unaware of.

Then there’s the other extreme. That’s to sit in low-return cash / bank deposits, which is effectively to do nothing. Cash is seen as low risk. But, in fact, it’s extremely high risk over the long run. It has a poor track record of above-inflation returns, especially relative to stocks (see chart below, where very short-dated treasury bills are a proxy for cash).

Meanwhile, stocks had bigger and more sudden drops from time to time. But they were never under water for long, even when bought at bubble highs. It’s obvious that every investor should have a big allocation to stocks. The only question is how big at any given time…and which stocks.

Not too hot (totally speculative). Not too cold (sitting in cash and doing nothing). That’s where I recommend all investors aim to be.