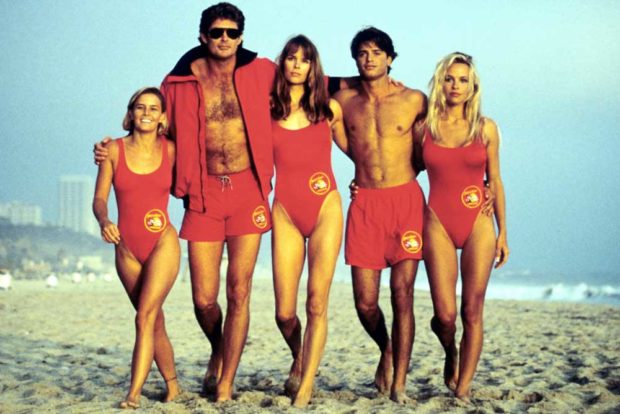 I still find myself in Uruguay in South America. Having escaped the city, after a bit of unavoidable bureaucracy, I’m now enjoying the peace and quiet of more remote locations. Well, I would be, were it not for my ever-energetic kids. We’re far from the hustle and bustle of the the big city, and from financial markets. But there’s still much of use to observe.

We’re currently staying at a modest beach house in a small town in eastern Uruguay. There are only around 400 permanent inhabitants here, but that swells to several thousand during the peak summer season, which is to say now.

Life is pretty quiet here, even during the high season. The beach is large and flat and stretches as far as the eye can see to both the left and right of the house. It never seems to be particularly busy. The biggest event of the past week was when a couple of dolphin swam past, about 50 metres from the shore line.

Most of the people here are ordinary Uruguayan working people, what you might call lower middle class in economic terms. That’s why I find it appealing. There’s no need to show off to anyone. The kids get a huge beach to roam around, and the prices in restaurants (such as they exist) are much, much lower than the glitzier locations we skirted through on the way here.

It also brings us much closer to nature. The other night I was summoned to the kids’ bedroom to remove a huge black moth, measuring about 10 centimetres from wing tip to wing tip. Fathers have their uses.

Apart from that a very substantial lizard seems to have taken up residence just outside the house, under a drain cover. He’s about a metre long. We feed him eggs. Along with the bats and toads that have also been sighted that makes for a pretty exceptional team of natural insect killers. I haven’t seen even one mosquito so far.

Lizards, bats, toads, moths…hmm. That sounds like a list of ingredients for a witch’s cauldron. I’d best keep an eye on the kids…

Beyond the world of local fauna there is disharmony in the human world. Graffiti on the back of the nearest lifeguards’ tower, messily sprayed in large red letters, reveals that the daytime occupants are having a labour dispute. They want more job security and stability, apparently, and have been on strike.

Of course I don’t know the details, but it seems a strange sort of demand. Lifeguards are only on the beach here for two or three months each year. None of them seems to be over the age of 35, perhaps less.

Presumably they need to be in great physical shape in case something happens to a hapless holiday maker. Each of them is a sort of spanish speaking David Hasselhoff, during his Baywatch days. (Sadly I haven’t seen any Pamela Andersons around, despite much searching.)

These guys get a bit of temporary work each summer. They flex their muscles, develop a tan, have a swim and flirt with beachgoers. It would be unusual, to say the least, to have lifeguards in their 50s or 60s.

But if they want job security then presumably they want to be lifeguards into middle age and beyond. In other words they are fighting for something that is essentially pointless. On the other hand, if they were simply angling for more cash then I’d fully understand.

Talking of cash, a reader – George T. – asked if I could have speeded up my modem purchase last week with a cash backhander to someone at the store, in return for jumping the queue. If we’d been in Argentina then the answer may have been yes.

But in fact Uruguay is a pretty straight kind of place – supposedly the least corrupt in Latin America (admittedly a relatively low bar). Someone once told me they tried to bribe a local cop to get out of a speeding fine, and ended up in more trouble.

In any case, when it came to my situation there were practically no other customers in the shop at the time. It wasn’t the queues that were the problem. It was the inefficient process.

Back to other matters. Earlier in the week we were staying on a farm not too far from here. It’s about an hour from the coast, down mostly dirt roads. Every time there’s a rain storm the road surface is washed away. Teams of men with large yellow machines are kept busy all year around mending the roads around here.

The owner of the farm had bought it about 15 years ago, when land prices were still cheap. Sadly that opportunity is long gone for new investors.

The land is made up of rolling hills with regular rocky outcrops. That makes it unsuitable for planting wheat or soybeans, so most people in the area graze animals such as cattle and sheep. But the soil is pretty good and there’s plenty of rain.

Our host had studied it closely and decided to buy the land and plant timber over most of it, which has worked well. More recently he’s planted a large area of olive trees, and just this year has produced his first own-label olive oil. It’s delicious.

He’s also made a very comfortable home here. When he bought the land it was dotted with various old houses, all of them in ruins. Roofs and floors had rotted away decades earlier. But the thick stones walls still stood strong.

He chose one house, in an elevated location with great views, and renovated it. Because of those solid walls it’s cool in summer but warm in winter. You can’t beat traditional buildings for practicality.

When he moved in there was no connection to the main electricity network. A tractor engine was used to run a generator for light in the evening. It took about 8 years to get the local electricity company to hook up a more permanent power supply.

Most of us take electricity for granted. But it’s amazing how lost we can be when it’s cut off. No TV or radio, no light to read by, no wifi, no electric cooker, no fridge, no lift (elevator), perhaps no hot water, no vacuum cleaner. Unless you’re good at telling stories by candlelight then entertainment options are thin on the ground.

Visiting remote areas in still developing countries concentrates the mind on this kind of question. We’re back to basics. Simple infrastructure issues, that are often taken for granted elsewhere, mean a great deal in a place like this.

A hour or two from here on the coast road a new bridge has just been opened. It links the two sides of the mouth to a lagoon that forms a huge inlet from the sea.

Beforehand, the only way to cross was on a ferry boat. The bridge cuts crossing times by 30 or 40 minutes, during which time most drivers could have covered 60 to 80 kilometres (37 to 50 miles) on a paved road. You can cross the whole country in about 8 hours, so if makes a big difference.

The improvement is likely to spur investment on this side of the link, meaning more building and higher land prices. In time they may fix the road surface as well.

People say that China has overbuilt its infrastructure, and wasted vast amounts of capital. But they probably said the same when the British first built their canals, and the Americans first built their railroads to the empty West.

The world is still full of places that lack basic infrastructure. Paved roads, bridges, a reliable supply of electricity, and so on. People say that China has overbuilt its infrastructure, and wasted vast amounts of capital. But they probably said the same when the British first built their canals, and the Americans first built their railroads to the empty West.

To this day the USA is still largely empty in the middle, whereas China is largely full of people – at least in the habitable parts. All that new Chinese infrastructure may pay off much sooner than the critics think, for example as times to market are improved with better transport. And of course China is using its expertise to construct roads, railways and canals throughout the developing world, especially in Africa and Latin America.

Witnessing these kinds of infrastructure developments first hand is a reminder of yet another driving force for growth in emerging markets. There’s still a lot of simple stuff to be done – easy wins for improved productivity and faster economic growth. And it’s happening throughout vast parts of the developing world.