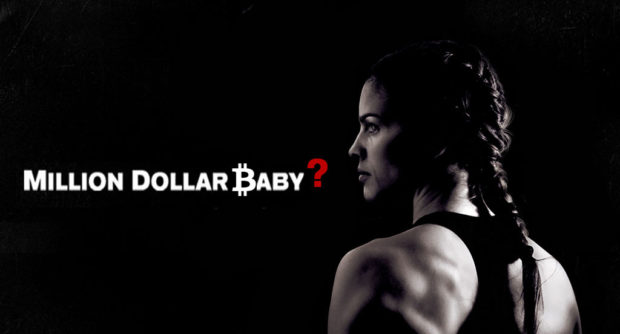 The price of Bitcoin is up 19% since I wrote about cryptocurrencies just two days ago. In two days! Oh wait, no it isn’t. It’s just fallen 11% in the past couple of hours. This is classic bubble stuff, meaning the price could skyrocket further or collapse in the blink of an eye. Whether or not you own Bitcoin, today I have some ideas about what to do now.

The world of cryptocurrencies is back in full hype and bubble mode. Wences Casares, the CEO of bitcoin wallet Xapo and a member of the Paypal board, is reported to have said the Bitcoin price will go to $1 million in the next five to ten years.

Later on I’ll come back to whether this suspiciously round, attention grabbing and huge number makes any sense. For now let’s just accept that there’s plenty of hype and nonsense floating around.

This seems like an apt time to bring out a famous chart of the stages in a speculative bubble. It was produced by Dr. Jean-Paul Rodrigue at the Hofstra University in New York many moons ago.

Bitcoin and other cryptos look like they’re somewhere in the mania phase at the moment…in Bitcoin’s case it’s the third time already since it was sparked into existence in October 2008. But each time dizzying delusion was followed by depths of despair it turned out to be temporary. Higher lows and higher highs followed…at least so far.

Of course, Bitcoin was something genuinely brand new when it appeared. It’s money, but not as we knew it. So the people involved were and are a different crowd to past manias. Still human though, and hence still prone to the same human foibles and vices.

In this case the “smart money” in the chart’s stealth phase was a ragtag group of tech savvy anarchists and anti-banksters. Likewise the “institutional investors” don’t feature in Bitcoin world. Instead they’re replaced by fringe financiers, the odd venture capitalist, and libertarian leaning technophiles.

As for the “public”, forget about it. Yes, there are more and more individuals buying cryptos, but they’re still a tiny minority. At least in relation to, say, the mania around dot com stocks in the late ‘90s. But during each Bitcoin boom and bust cycle more people in more countries are drawn in. At least so far. 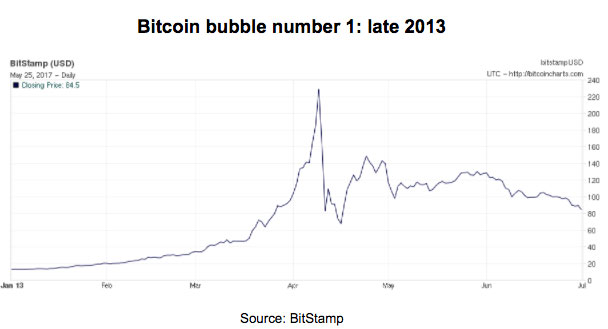 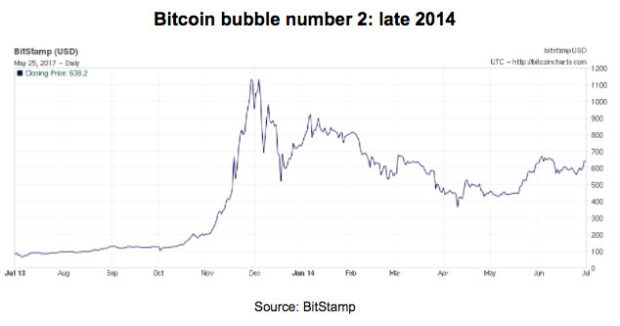 Nobody – and I mean nobody – knows what happens next. No self-proclaimed guru. No independent analyst. No hopeful speculator. No regretful latecomer to the party. Not you. Not me. Nobody.

But that doesn’t stop more and more outlandish claims and self-interested hype. Like Señor Casares (he’s Argentine) and his outlandish claim that the Bitcoin price should hit $1 million in five to ten years.

Of course he could be right. But I’m going to have a stab at seeing whether it’s likely, using nothing but common sense. Here goes…

Currently there are 16.3 million Bitcoins, and I estimate this will reach around 19 million in five year’s time. The growth rate slows down as the ultimate limit of 21 million approaches.

If a single Bitcoin is worth $1 million then all Bitcoin would be worth $19 trillion. In the past article I showed that Bitcoin was 46% of the total value of all cryptocurrencies, which in total were worth $80.3 billion.

On the (perhaps generous) assumption that Bitcoin maintains its market share, in the face of unlimited crypto competition, that implies the total crypto market would be worth $41.3 trillion when Bitcoin is priced at $1 million.

Financial assets include bank deposits (and a little physical cash), stocks, bonds, investment funds, precious metals and so on. For Bitcoin and other cryptos (“Altcoins”) to take off they basically have to replace a large piece of bank deposits.

A necessary condition of anyone getting involved with cryptos is that they have internet access. Even today around half of the world’s population is offline completely. And many of those supposedly online don’t have regular and easy access, so perhaps the true percentage of people with regular and easy internet access is only 35-40%. It keeps growing, but still has a long way to go.

Of course most of those without access are poor, meaning they control little wealth. The combined household wealth of North America, Europe and Asia Pacific is 85% of the total. Strip out the poorer parts of Asia and let’s say cryptos’ potential market consists of people that control roughly 75% of global wealth.

In other words, if the Bitcoin price hits $1 million then all Bitcoins would be equivalent to 36% of the bank deposits of people with the internet ($19 trillion divided by $52.5 trillion). And if Bitcoin has the same market share of all cryptos at that time as it has now, then all cryptos would be equivalent to 79% of those bank deposits ($41.3 trillion divided by $52.5 trillion).

My numbers are just rough estimates. Even so, looked at this way it becomes pretty clear that $1 million Bitcoin is a fantasy. Like me becoming an astronaut at the age of 45 and both coming from and living in a country with no space programme.

A couple of days ago all 16.3 million current Bitcoins were worth $37 billion. Making the same assumptions as above, current bank deposits of people with internet access would be $41.2 trillion.

That means Bitcoin is equivalent to about 0.09% of potentially convertible household deposits. Put another way, that deposit base is about 1,100 times bigger than the value of all Bitcoins.

What if, in five years, it gets to 1%, or 1-in-100? Which is to say 11 times its market share of relevant household deposits today? That would be $525 billion, split across those 19 million projected future Bitcoins, giving a price close to $28,000.

That’s still over 11 times today’s price, but it’s a hell of a long way from $1 million. It’s also not a prediction. I’m just trying to show a more realistic potential level. But don’t forget that Bitcoin faces plenty of new competition, most recently from Ripple and Ethereum.

Where does it go from here?

Personally I don’t think that cryptocurrencies will replace fiat currencies in a meaningful way. At least not for a very, very long time. Instead, governments and banks will come up with ways to use cryptos’ blockchain technology – the wizardry that makes it all function – to improve fiat currency transaction infrastructure.

That said cryptos will probably have a larger niche than today. But my guess is it will still be a niche, and life will be viciously competitive within that niche. Picking winners and losers will be hard, and the ride will be wildly volatile.

In these bubbly times, here’s what I recommend you should do today, depending on your situation:

One final thing. The whole crypto world is a prime location for fraudsters. Crooks swarm towards bubbly markets and the prospect of easy money like flies to doo doo. Always have. Always will. It’s even easier to get away with when you can wrap everything up in high falutin’ techno babble.

Most crypto websites are packed with serious sounding jargon, ideological fluffiness, pretty pictures and general hype. But a great many provide no or few details of who’s involved or where they are in the world. They just hover in the internet ether.

When the greedy humans behind some of them run off with their customers’ money, as has happened already and is bound to happen again, there will be little recourse. As with all things, caveat emptor (“buyer beware”).

As Bitcoin and the other cryptocurrencies go berserk make sure you ignore the more outlandish claims made by their cheerleaders. Even so there’s still a good chance many prices rise substantially in future, even if there’s a crash in between. View all cryptos as speculation and good luck if you choose to get involved.