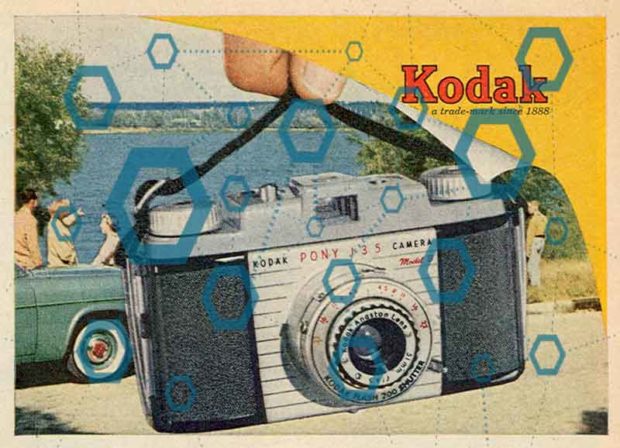 Crypto speculation is now spreading to the stock markets. The mere mention of the mythical “blockchain”, or other crypto jargon, can send a company stock rocketing skywards. This week another company announced crypto related “plans”. Is it genius, or just the latest guff?

In the late 1990s, there was an easy way to pump up a stock price. All you had to do was add “dot com” to the name, and watch it leap overnight.

You could have been trying to sell ice to the Eskimos, or have invented a hotel concept for horse-borne travellers, or anything else completely useless. It didn’t matter. The magic words “dot com” would draw in a large number of credulous fools, eager to be parted from their money by way of buying your worthless company stock at an inflated price.

But “dot com” is sooooooo last century. Nowadays it’s the “blockchain” that lures a new generation of blockheads.

In 2017, all sorts of people suddenly came to the realisation that blockchain is totally “amazeballs”. It’s just a pity that only a tiny fraction of these new disciples have any idea how the technology actually works.

And none of them – at least none that I’ve discovered – can explain it in plain language. By that, I mean using non-technical, non-jargon words, and without resorting to BS buzzwords.

My foggy understanding is that it’s basically a way of recording transactional information, and that the information is stored in loads of computers instead of one central database. But, being a non-techie, I haven’t really got a clue how that’s achieved, despite various failed attempts to find out.

That doesn’t mean that blockchain isn’t legit or here to stay. It could be, at least in some of its proposed or supposed applications.

But it does make for the perfect set-up for investment misdemeanours. There’s an ever-growing multitude of faithful blockchain disciples, and they have little appetite for understanding its inner mysteries.

This is a speculative bubble, baby. Anything goes.

The latest example comes from a company called Eastman Kodak Co. (NYSE:KODK). This is the rump of the once famous maker of cameras and camera film. It’s described thus on Morningstar:

“Eastman Kodak Co is a technology company providing imaging for business. It provides commercial products and services in technologies including materials science; digital imaging science and software; and deposition processes.”

Of late, this company hasn’t exactly been thriving. It made a loss in four of the past five years. Top line sales fell by three quarters between 2011 and 2016.

But never fear! Blockchain is here!

Hence, on Tuesday, the company announced a “major blockchain initiative”. According to Market Watch, “Kodak intends to use digital ledgers to help photographers license their work and get paid for usage.”

As part of this plan, the company will launch KODAKCoin, a “photo-centric cryptocurrency”. This is just the latest cryptocurrency to add to the ballooning list of 1,408 that now exist, according to website coinmarketcap.

I tried look at the original announcement on the Eastman Kodak company website. It’s always best to go right to the source of information if you can. But, for some reason, I wasn’t allowed to view it. I got this message instead:

That’s a new one. I’m blocked from blocks of text about blockchain. Surely a bit of ridicule or tongue-in-cheek sarcasm doesn’t qualify as an “online attack”? Is this an extreme case of corporate thin skin?

In any case, upon corporate announcement, the company’s stock price shot up. At one point, soon after the Wednesday market open, it reached $13.25.

Maybe this is a genius business plan.

Perhaps photographers desperately need their own unique currency. Because, after all, there’s nothing more appealing to creative and artistic types than dealing with new technology and high-falutin’ finance concepts – with some lovely new transaction fees thrown in.

At the same time, conceivably, the buyers of photos will be fighting to use new systems to pay for their piccies. After all, if you run a newspaper or any other kind of publisher, what better than having a unique currency to pay all of your different types of suppliers?

In any case, irrespective of whether Eastman Kodak’s “plan” is feasible, there’s something else that adds some further colour to this development. Consider this from Dow Jones newswires (via Morningstar):

Who’d have thunk it? According to this, the management snapped up (bad pun intended) some long exposure (ditto) to the company stock just before launching the blockchain buzzword onto unsuspecting markets.

I’m not one of the people who say that cryptocurrencies are all frauds, although some of them are bound to be. It’s also inevitable that there are plenty of fraudsters operating in the cryptoworld. It’s a speculative frenzy in a largely unregulated market. If that doesn’t arouse the interest of at least a few shady types, then human nature isn’t what it used to be.

But it’s clearly madness when merely announcing an unproven crypto/blockchain-related business strategy is supposed to immediately transform the fortunes of an ailing company. When a stock price can go up four times overnight, on the basis of a vague statement of intent to do something or other involving the tech du jour.

Two decades ago, dolts rushed indiscriminately into the dot coms, only to discover that they were dot bombs. Today, bunches of blockheads are piling blindly into all things blockchain. Soon enough, they’re likely to find a few links are missing.

As long as the crypto bubble continues, Eastman Kodak won’t be the last company to announce a “major” strategy shift, featuring the blockchain buzzword.

Stocks will get churned. Cash will be burned. Lessons will be learned.

Historians are already preparing the next chapters in their chronicles of speculative market bubbles (and busts). If you must take part, remember to take care.

BitcoinCryptocurrenciesDotcomMarket BubbleSpeculationStocksTechnology
Previous ArticleInvestment lessons from the Mona LisaNext ArticleHow many different stocks should you own? (Part I of II)