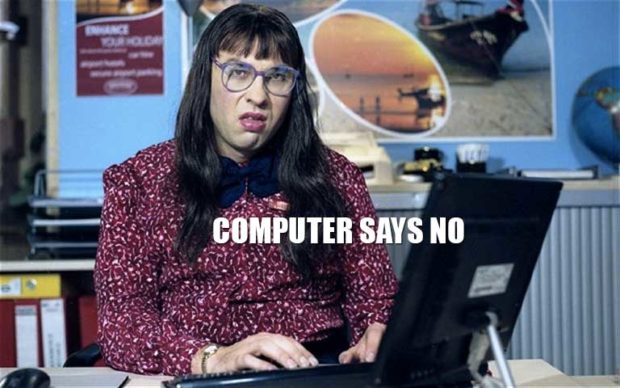 Last time you found me in Uruguay in South America, trying to escape from a glitzy and overcrowded beach resort. In a country like this, if you keep your eyes open, you soon get a sense of why emerging markets have so much growth ahead of them.

But first, what’s happening elsewhere in the world? Time to check the pulse of the markets.

The Chinese domestic stock bubble continues to deflate, dragging down emerging market stock prices in general, although opinion remains divided about whether there’s a real problem or not…people have realised Italian banks are stuffed with bad loans…oil remains weak…Japan’s stock market is back to levels last seen in early 2013, measured in US dollars…gold is standing up well to the general market onslaught, not least due to strong Chinese buying… and Twitter Inc (NYSE:TWTR) stock continues to slide and is now 78% below it’s most hyped price peak, hit in December 2013.

It’s mainly a picture of nervousness and uncertainty. Best to sit back and watch the show. As prices continue to fall there will be more bargains on the table…eventually.

Oh, and a lot of self important people – the global “elite” – have been schmoozing around up a mountain in Switzerland in a place called Davos. As usual, little of interest has been reported by the media. Back to Uruguay…

We’d spent a night in Punta del Este, summer refuge of choice for the Argentine and Brazilian wealthy. The beautiful people are out in force. Everyone seems to be tanned and toned.

It’s time for this lily white Englishman to take his unfashionably pale complexion to a more discreet and less discerning location. Once there, only his family will be left to mock his untanned torso.

But first there is business to attend to. We’re heading into rural Eastern Uruguay, where mobile phone signals are patchy, and a decent internet connection is still a rare commodity. Modems and local SIM cards must be purchased, in the hope that we can stay connected once we’re planted in the sticks.

We head across a nearby square to a large branch of Antel, the main local phone company. It’s 11am and fortunately there are hardly any other customers. Surely this shouldn’t take long?

We approach the first desk slightly hesitantly, unsure of the system. We explain what we’re looking for to a chirpy young man with long hair who cheerfully directs us to another desk. We explain our needs again to a fellow with a beard and are send to a third location for “technical assistance”.

This time it’s a bank of ten desks and we need a numbered ticket to decide our turn. Two other customers are being attended to, which leaves eight employees available to see us. We still have to wait ten minutes before we are called.

We explain our requirements for a third time to a young man who looks like he was up all night, and practically admits as much. Fortunately I’ve brought my computer along, for the avoidance of doubt. Señor Hangover does some clicking and typing and decides what I need. Eventually we’re told what to order and sent back to desk number two.

The bearded man at desk number two now seems willing to make a sale. He asks if I have been an Antel customer before. I haven’t. Identity documents are produced and handed over. The man proceeds to write what appears to be a sequel to Tolstoy’s War and Peace on his computer. After 15 minutes of furious keyboard stabbing he finally signals that all is well, and directs us to a fourth desk.

The stern lady at desk number four will take our payments. But not until she has printed off seemingly enough paper for an edition of the companies & markets section of the Financial Times. Clasping reams of printed numbers and codes in our expectant hands we head over to desk number five.

Desk number five will actually give us the modem and SIM cards that we’ve ordered. The very helpful young blonde woman informs us that there is currently a promotion with the modem and so we’ll get an extra SIM card for free. This means we didn’t need to buy one of the others. But it wasn’t much money, and we don’t fancy working our way back and forth through the system again. We’ll find a use for it.

The very same young blonde woman then disappears to attend to someone else. She leaves a heavy set young man to delete the PIN codes from our new SIM cards using what seems to be a very manual process.

We collect more paperwork, and – not forgetting to pick up what we actually came in for – we return to desk four to ask the stern lady to add credit to our three new accounts. After a total of 90 minutes, and seven separate steps organised by six employees at five different desks, we finally exit the store. I don’t know about all countries, but in the UK that process would have taken 10 minutes, not an hour and a half.

This kind of pointless and draining bureaucracy is one of the worst things about South America. It’s encountered in many places across the continent, not just Uruguay.

People end up wasting vast amounts of time trying to sort out the simplest of tasks. That’s time that could be spent doing something productive, creating real value, or just having fun. No wonder people cut corners.

Inefficiency is everywhere. For example, I’ve been to supermarkets where there is no discernible logic to the “system”. Whoever decided where the products should be displayed on the shelves had clearly been smoking something mind bending.

But things are improving, albeit slowly. I’ve been coming to or living in this part of the world for 14 years and the improvements are noticeable, if not evenly spread. Technology helps. Processes that once required standing in line for hours can often be achieved online these days.

For all my disdain about getting hold of a modem in Uruguay, in some ways the country has been quite advanced in its adoption of the internet.

Free public wifi appeared in many town squares several years ago, and the buses that race up and down the coast also have free connections for passengers. That’s more than you get in most places in Europe and North America (although admittedly many developed Asian countries are well ahead of the pack, as usual). But those are the bright spots. Much inefficiency remains in this part of the world.

Ironically this kind of inefficiency, and more importantly the potential to eliminate it, is something I see as a positive for investors. It’s one of the reasons that investing in emerging markets over the long run is so attractive, whatever may be happening to stock markets in the short term.

Places that are riddled with inefficiency can easily make huge strides of improvement. Places that are already advanced struggle to make step changes to productivity.

Put simply it’s this. It’s easier to go from bad to average than from good to excellent. Places that are riddled with inefficiency can easily make huge strides of improvement. Places that are already advanced struggle to make step changes to productivity.

This is why bureaucracy isn’t all bad. If you can steadily strip it away then things get better. That’s good for economies and the businesses that operate within them, which in turn is good for investors.

Right across vast swathes of the developing world excessive government intervention has been rolled back, and continues to roll back further. Communists are now capitalists. Colonialists are now trade partners. Dictatorships have been replaced with democracies (warts and all).

More freedom means more growth, even if it doesn’t eliminate business and economic cycles. The long term trajectory may be up, but that doesn’t mean there won’t be bumps along the way.

So can you invest in Uruguay? Well there is a small stock market, but foreign brokers are unlikely to provide access, and stock research is thin on the ground. Most people that invest here go down the real estate route, be it beach apartments for rent or farmland to graze and plant. But after a decade or more of sharply rising prices there is little value about.

In any case, with our internet access finally sorted out we leave Punta del Este and headed for remoter locations: a bit of timber farm and a strand of beach. More to come…