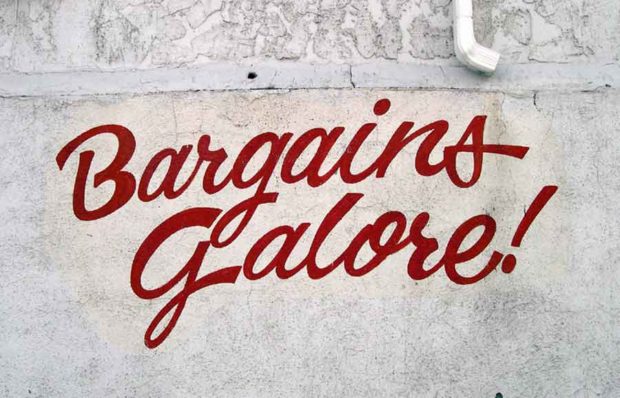 Many investment analysts recommend buying closed-end funds (CEFs) when they’re supposedly trading at a big “discount”. In fact, as I learnt about 25 years ago, all CEFs should trade at a discount to net asset value. I’ll give an example by way of illustration.

There are various types of investment funds. When it comes to funds of publicly-traded stocks, most fall into the categories of “open-ended” or “closed-ended”.

Open-ended funds include mutual funds, which are known as unit trusts in some countries. They’re open-ended because they have no fixed capital. They increase in size when investors send the managers more money to deploy. When investors sell, the fund managers raise cash by selling investments, and send it back.

Closed-end funds (CEFs) are different, and known as investment trusts in some countries. They’re structured like companies with tradable shares. They raise funds when they issue shares and invest the cash in stocks, according to their strategy. In turn, investors can buy and sell the CEF shares just like any other company stock.

The key difference between CEFs and their open-end cousins is that the capital in the CEF fund is essentially permanent. End investors can get out by selling their CEF shares, but there’s no drawdown of funds from the CEF itself. Instead, the CEF shares are merely transferred to another investor at the market price, and the funds stay inside the CEF.

(Exchange-traded funds, or ETFs, are a sort of hybrid. ETF shares are created or cancelled by sponsoring brokers in line with market demand. But not at precisely the same time as external investor money is flowing in or out of the ETF, in aggregate. However, on balance, ETFs are closer to open-ended funds than CEFs.)

The CEF structure has some big advantages for fund managers. Because the capital is basically permanent, it makes them ideal for very long-term investment strategies, or investing in illiquid stocks. Positions don’t have to be dumped when a lot of investors pull out, although the CEF share price itself could plummet.

CEFs can also be leveraged with debt, although they don’t have to be. Prudent leverage should improve returns over the long run, but it adds to volatility of results in the short run. For simplicity, I’ll focus on unleveraged CEFs.

The structure of an unleveraged CEF is simple. It’s set up like any company that raises cash by selling tradable shares to investors. That cash is then invested in stocks.

The fund manager charges a fee for his work, and there are some other, smaller running expenses. Profits are reinvested as positions are traded over time, and dividends are paid according to the policies of the CEF.

About 25 years ago, when I was new to the world of markets, I worked for an investment bank called S.G. Warburg (later a part of UBS). In the big equities sales & trading business, there was a trading team that specialised in CEF arbitrage. In talking to a colleague, I learnt how CEF prices should reflect future fee liabilities, which I’ll explain shortly.

This is known as “arbitrage,” which is a relatively risk-free way of trading. If there’s a price discrepancy between two things with the same underlying economic value, going short the expensive one and long the cheap one is a low-risk way to profit.

With a perfect arbitrage trade, it doesn’t matter if the market goes up or down. Just so long as the price gap narrows over time, the trader will make a profit. Arbitrageurs are essential actors in markets, making sure that price discrepancies don’t get too big, and don’t last for too long.

So how does it work for a CEF? I’ll use the Morgan Stanley China A Share Fund Inc. (NYSE:CAF) to illustrate. As the name suggests, this fund invests in Chinese A-shares, which are the ones that trade on local markets in Shanghai and Shenzhen. It’s also unleveraged.

According to the fund website, the fund’s net asset value (NAV) was $622 million, as of yesterday. That’s the value of all the shares owned, less small liabilities for things like accrued fees that are due imminently (more on those later).

Sounds like a bargain, right? But not so fast.

The issue is that the price of the CEF shares should take account of the future cost of all fees and other fund expenses, not just the next ones due. All those future payments are a liability that has a negative value, which in turn isn’t included in the accounts of the CEF. They remain attached to the CEF shares permanently, whoever owns them.

In the case of CAF, the fund manager charges 1.5% a year management fee, which is 85% of the total fund expenses of 1.76% a year. The extra 0.26% comes from the following (in declining order of importance): custodian fees, administrative fees, professional fees (e.g. audit), “other”, stockholder reporting fees, directors’ fees and expenses and (last but not least) stockholder servicing agent fees.

Those fees, in the CEF context, stretch out from here to eternity. That has a negative value that should be taken into account.

Obviously, a stock is an asset. Its value derives from an expected stream of future dividends, expressed in today’s money. (See here and here for a clear and full explanation of discounted cash flow valuations, or DCF.)

In the same way, an expected stream of future fee payments should be valued as a liability, and deducted from the value of the investment. With CAF’s fees running at 1.76% a year, how much should we deduct from NAV to get to fair value for its shares?

As a minimum, I’d say it’s fair to apply a P/E ratio of 10, which would give a required discount of 17.6% from NAV. With the current price trading at a discount to NAVps of 15.6%, this suggests it’s priced close to fair value.

In fact, there’s an argument that the discount should be much larger. The stream of fee payments is a growing perpetuity stretching out forever. That’s because fees are charged as a percentage of assets, and stock prices rise over time. I could easily argue that CAF’s discount between NAVps and share price should run to 30%, or even above 40%.

However, in practice, those kinds of huge discounts rarely exist. Also, the size of the discount to NAVps, at a fair price, will depend on the size of the fees charged by the fund in question. After all, fees of 1.76% a year are pretty steep.

But, the fact remains that there should always be a discount between NAVps and the market price of a CEF share. The bigger the better if you’re thinking of buying.

It also means that just because a CEF share trades with a supposed discount of, say, 15%, doesn’t mean it’s actually cheap when everything’s taken into account.

One final thing though. Many – even most – investors don’t understand that they should deduct the negative value of future fees when looking at CEF shares. And professional arbitrageurs could be working to narrow the gaps in the market, whatever the economic reality.

The bottom line is that if you buy when the market price is well below NAVps you may still do well, as others bid up the price over time (subject to the CEF’s own investment strategy and the movement of markets).

Just be aware that you’re probably not getting an actual bargain.