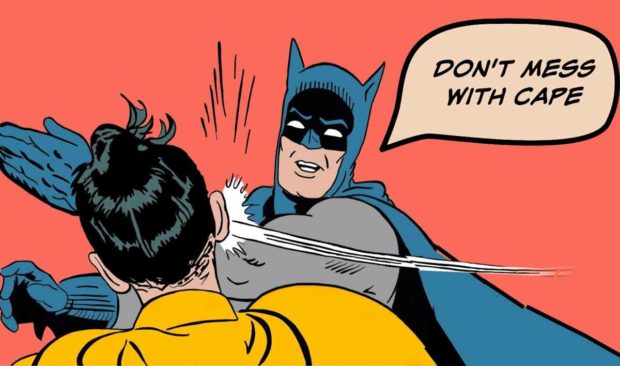 Different investors focus on different things. One of my favourite measures is the CAPE ratio – also known as the Shiller P/E or PE10. But it has its imperfections, just like any other valuation ratio, leaving it open to criticism from the “this time it’s different” crowd. Taking account of the CAPE’s flaws, I wanted to know if it still shows that US stocks are richly priced. The chart of my findings, which I’ve never shared before, gives a unique insight.

First of all let’s deal with the basics. “CAPE” stands for Cyclically Adjusted Price-to-Earnings. The concept is similar to a current (or “trailing”) P/E (see here), but with an important difference. In the case of CAPE the “E” takes earnings for the past 10 years (specifically earnings per share, or EPS), adjusts each for inflation up to the present, and takes an average (arithmetic mean: adds them together and divides by 10).

The idea is to smooth out the business cycle to get to some measure of average, underlying earnings power per share in today’s money. That average, inflation-adjusted EPS is then divided into the stock price to get the CAPE.

Here’s a chart that shows the CAPE’s progress for US stocks since 1881. 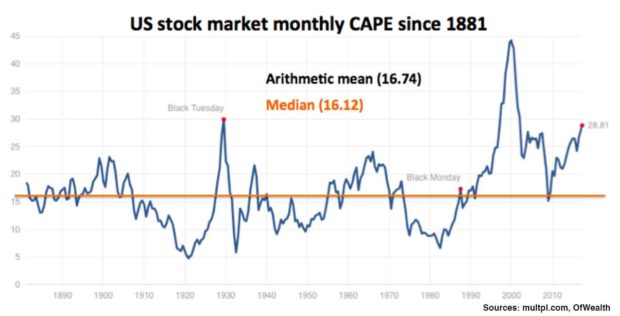 The median (mid-point) CAPE ends up being lower than the (arithmetic) mean because the distribution of data points has something known as “positive skew”. That just means there are a handful of readings that are extremely large and a long way from average – in this case during the technology bubble of 1997 to 2001. On the other hand the lowest readings aren’t so far below average.

The following simple chart illustrates a data set with positive skew. It shows the data values along the horizontal and how often each occurs on the vertical. You can see how the median is lower than the mean in this sort of set up. (Note: the “mode” is simply the most common value in a data set.) 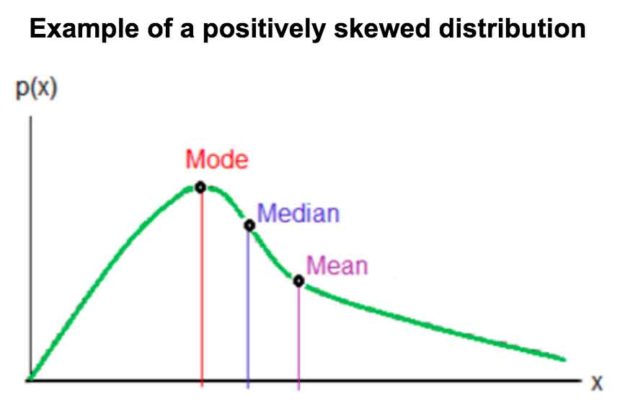 At OfWealth I’ve used another chart in the past to look at the CAPE for US stocks, and how it compares to its own history. It ranks all monthly readings for CAPE from left to right, starting with the smallest and ending with the largest. In other words they’re in size order instead of date order.

(Note: this isn’t the never seen chart, although it’s an improvement on earlier versions. The new chart comes later.) 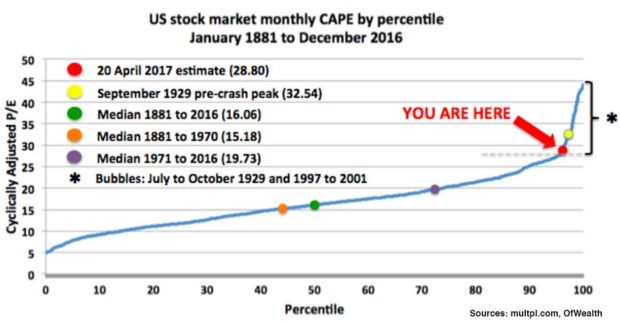 According to the historical record, US stocks have only been more expensive during the two most notorious bubbles: briefly in 1929 and between 1997 and 2001. Both were followed by huge crashes.

The problems with CAPE

We need to look at some of the criticisms of CAPE to understand why. We can then try to amend the CAPE, or how we look at it, to get a fresh perspective on what it’s telling us.

Here are the main criticisms:

There are also issues around whether official inflation figures are understated these days, and the effect of stock buybacks (after deducting stock-based compensation). I’ll save the detail on those for another time. For now I’ll just say that I estimate their combined effect as a reduction of current CAPE by about 9%, which still leaves it near the top of the historical range.

I could write a lot about points 1 to 4 and their potential relevance, or otherwise. But in the interests of brevity I’ll accept that they make comparisons to the long run CAPE data potentially misleading. One way around this is to focus on more recent figures. I’ve chosen the period since the start of 1971.

Why 1971? First of all the S&P 500 was well established by then. Second it was the year when the US dollar was finally cut loose from the gold peg, meaning the whole period has used floating fiat currency. Finally it includes both the hard core bear market of the 1970s and early 1980s – when real (inflation adjusted) stock prices collapsed – and the enormous bubble of 1997 to 2001. I reckon those two instances balance each other out. Picking a later starting date – say the early 80s or 90s – would skew the overall data too far towards bubbly times.

Now let’s deal with point 5. A current criticism of CAPE is that the global financial crisis massively depressed EPS in 2008 and 2009, as the banks reported tens (collectively hundreds) of billions in losses. In turn, it’s argued, this artificially increases the CAPE ratio.

A new kind of CAPE…and a unique chart

I’m going to call this method that uses the median real EPS the “amended CAPE”. I’ve worked out all the annual figures going back to 1881. I didn’t do monthly figures, as I simply didn’t have time to crunch the data (yet). But the results are most likely very similar. (For example, the median of standard monthly CAPE since 1881 is 16.06, whereas the annual equivalent is 15.99.)

It’s worth pointing out that using median EPS in the CAPE calculation doesn’t always bring down the result. For example, in 1952 – after a period of high earnings growth – using median real EPS adds 13.6% to the standard CAPE reading (from 12.53 to 14.24). On the other hand it’s always had a negative influence since 1998.
The following chart, which I’ve never shown to anyone before, summarises the results of my calculations. 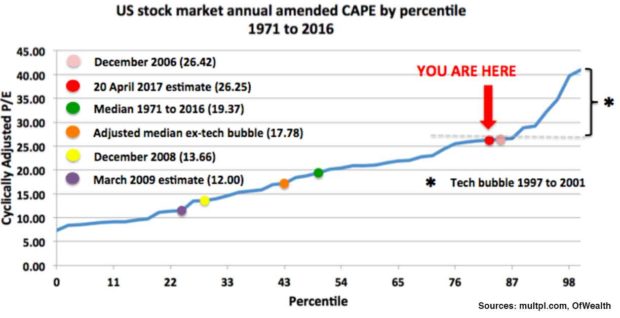 There are some clear conclusions to draw from this:

Just like any other valuation ratio, the CAPE has its flaws. Or at least there are decent arguments why you shouldn’t compare current CAPE to the ultra long run historical average. But, even after taking steps to address the issues and focusing on a shorter span of history, there are still good reasons to believe US stocks are trading expensively.

That doesn’t necessarily mean a big crash is imminent, or even guaranteed. It’s just more likely when multiples are high. But in the meantime this situation certainly does mean two other things:

The CAPE ratio isn’t perfect. But that doesn’t mean that its elevated level should be ignored. Don’t listen to those that argue “this time it’s different”.