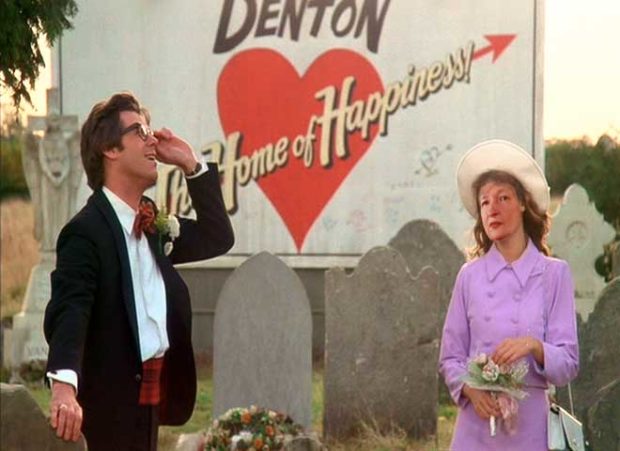 The road was long but I ran it, Janet

There’s a fire in my heart and you fan it, Janet

If there’s one fool for you then I am it, Janet

Now I’ve one thing to say and that’s

Dammit, Janet, I love you…

Janet Yellen, manipulator-in-chief at the US Federal Reserve, continues her flirtation with the markets. Can she keep both US stocks and bonds suspended, against all odds? For now, the great suspender is holding up well. Unfortunately for investors, although prices remain high, low future profits seem a practical certainty in both markets.

Lovely Janet had the following to say about interest rates in a speech last week at the Economic Club of New York: “…the Fed will remain warier of raising too rapidly than of not acting quickly enough”.

“Party on!”, said the markets…

With those quiet few words from the world’s most powerful central banker, both stock and bond investors can continue to justify the sky high prices in their respective markets…for just a little bit longer. The thing is that both groups can’t be right.

US stock and bond markets both offer the prospects of low returns to investors under most scenarios.

Actually I suspect that neither is. US stock and bond markets both offer the prospects of low returns to investors under most scenarios. Even if you own them both – as a hedge against possible outcomes – the profits will still be a pittance.

Let’s start with bonds. If you lend money to the US government, by buying US treasury bonds, you’ll make little money for the privilege. A five year loan will make 1.17% a year. Extend to ten years and it’s 1.72%. Thirty years will get you 2.55% yield.

That’s before paying taxes on the income. Put another way, the government gets an enforced rebate on some of the money it will pay you for lending to it. It’s also before inflation – another “rebate” paid by investors – which I’ll come back to.

These bonds with low yields are saying the US will have an incredibly weak economy for a long time – with low inflation, and hence ultra low interest rates. At least that’s what has to happen for them to be good investments.

On the other hand, stocks with high P/Es are saying that profit growth will be strong. For that to happen you’d need a strongly growing economy, and the US jobs picture hasn’t been exactly encouraging so far (see here). The alternative is low returns on stock investments, by historical standards.

Since 1900, investors in US stocks have made 9.6% a year, on average. That’s from both capital gains and dividend income.

With it’s current P/E of nearly 23, investors in the S&P 500 would be lucky to make half as much in future: somewhere between 4% and 5% a year. That is, unless some profit miracle manifests itself.

Such a profit miracle is likely to be elusive. Not least because US companies are paying out more to shareholders – via dividends and stock buybacks – than they are making in profits.

This leaves nothing to invest in business maintenance and expansion, unless they add yet more debt. It’s difficult to grow a company if you don’t invest in it. And if you’re adding debt then you’re adding risk. (see: “The S&P 500 is being looted by management” for more).

In fact US profits are already falling, as this chart of quarterly earnings per share (EPS) since March 2008 shows. 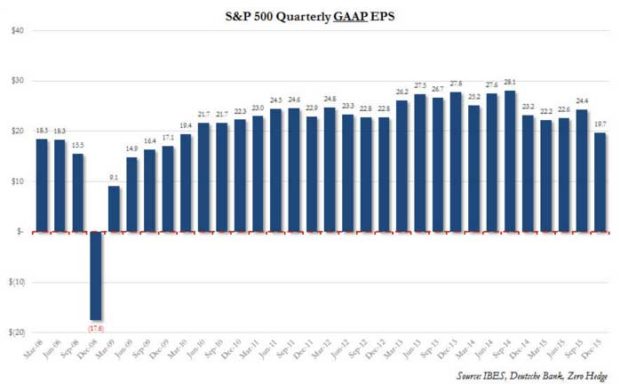 EPS peaked in 2014, even though there have been massive amounts of ongoing stock buybacks since then. Buybacks reduce the share count, so work to increase earnings per share. If EPS has been declining as the number of shares also decreased, total earnings (profits) must have fallen even faster than EPS.

Despite the declining profit trend, the S&P 500 index is holding up well – in a wobbly kind of way. Company managers keep pouring money down the buyback black hole (again, see here for more). This props up their stock options for personal gain, even though their companies aren’t growing. Lovely Janet keeps interest rates low, meaning they can afford to borrow to do it. 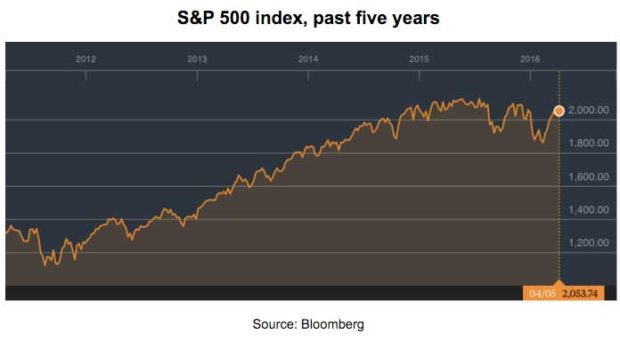 If that happened over five years, and taking account of ongoing dividends and buybacks, I reckon the total loss would be about 12%. That works out at minus 2.6% a year, with compounding and before taxes on the dividend income.

For bonds to work out as great investments you need something like a depression, with ultra low inflation or even deflation.

Of course, in the short term, stocks could crash. That would likely result in a big knee-jerk rally in US treasury bonds, as panicky investors flee for the perceived safety. Bond holders would do well in the short term.

But if that stock crash never happens – and lovely Janet is certainly doing her best to avert it – then those bond investors would just be stuck in a low return asset class.

And those returns could be really low – even negative – when you take account of inflation, let alone income taxes.

In theory, official US inflation is running at a low level. The CPI-U (consumer price index for all urban consumers) was just 1% in the year to the end of February. It was held down by a 12% fall in energy prices, such as gasoline and piped natural gas.

But here’s where things get more interesting, or perhaps worrying. Excluding volatile food and energy prices the inflation rate was 2.3%. Shelter (rents) were up 3.3%, transport services up 2.6%, medical care services up 3.9%, and food away from home (eating out) up 2.6%.

If energy prices have stopped falling, but other prices are picking up speed, overall inflation could start to take off again. Yet Janet continues to woo the markets with her ultra low interest rates, and inflation be damned.

Oh, and official inflation rates most likely understate the true picture by a percentage point or two. This is due to various statistical fiddles that go on. If the official line says prices rose 1% in a year, then the reality is more likely somewhere between 2% and 3%.

Aside from my doubts about the CPI-U stats, there are a couple of other measures of US inflation that give a different picture. They’re less susceptible to manipulation, and they point to an accelerating price trend.

First off, there’s the Atlanta Fed “sticky-price” CPI, which is focused on prices that are slow to change. In other words it cuts out volatile items like gasoline prices. That was up 2.7% in the past year, from a low of just 0.7% in the year to October 2010.

Then there’s the Cleveland Fed’s median consumer price index. This looks at the price move of the middle item in a long list of items, instead of calculating a weighted average of all items, as used in the CPI-U. In the past this method has been a better signal of the future inflation trend than CPI.

The result? The median price was up 2.8% in the previous 12 months (the specific middle item was “new vehicles”). If history is a guide, this is a sign of a rising inflation trend in the US.

US inflation averaged 2.6% over the past 30 years, since 1986. I see no reason why it won’t average something similar in the future. After all it’s been about 3% on average since 1900.

Also note that back in 1986 the inflation rate was just 1.9% – well below the high inflation rates of the late 1970s and early 1980s which were vanquished by Paul Volcker – a Fed chairman far less prone to loving high prices.

By 1990 – just four years later – US inflation had risen to 5.4% a year. That should serve as a warning to lovely Janet, and to admiring investors as well.

Whatever happens in future it looks like you should give a wide berth to both US bonds and US stocks. Both are richly priced, and likely to deliver poor returns under most scenarios, even if you hedge your bets and own both. Here’s a summary of how I see it: 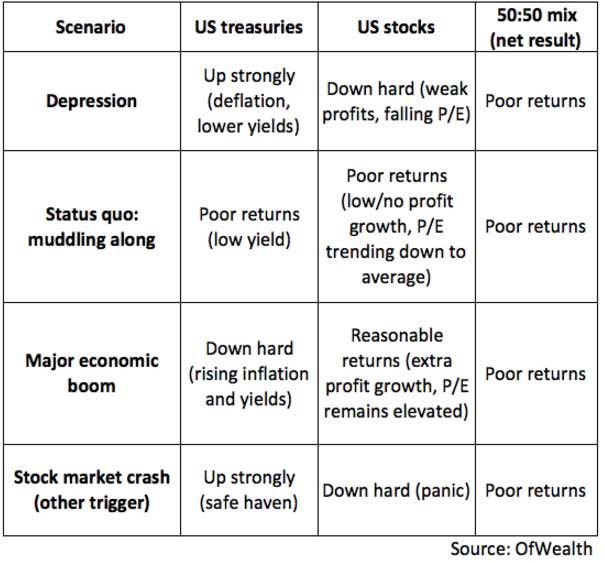 So what should you do? Invest in stocks outside the US where you can find value. Oh, and buy gold.

But in the meantime, on behalf of hopeful investors in US bond and stock markets everywhere, I’d just like to say one thing…for keeping the party going just a little longer…

Dammit, Janet, I love you.