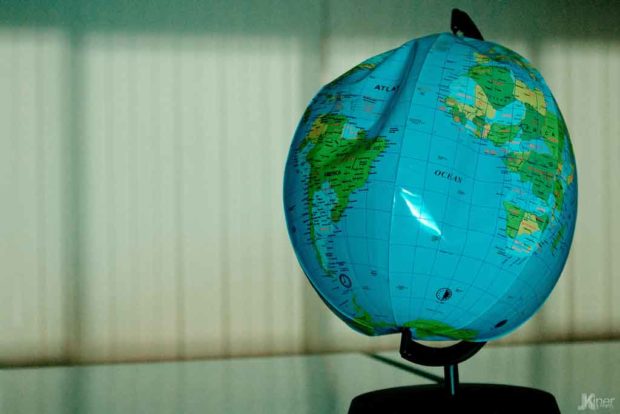 Consumer price inflation (CPI) has scraped itself off the floor in the past couple of years. In the face of tiny or negative real rates, ultra-low central bank policy rates and bond yields are now playing catch up. QE propped up the money supply when commercial banks couldn’t. As it’s wound down, money supply growth could even go into reverse. What are the potential implications for investors?

Inflation features prominently, at number two. I’m assuming “central bank policy mistakes” refer to causing a crash in stocks and/or bonds via increases in interest rates and/or the reversal of quantitative easing (QE).

QE is the process whereby a central bank creates new money from thin air and uses it to buy assets, most usually government bonds. It directly creates bank deposits at commercial banks, initially in the accounts of the bond sellers.

As such, QE bypasses or replaces, the normal process of money creation by commercial banks. Ordinarily, new money is created when a bank makes a new customer loan out of thin air (a bank asset), with a matching customer deposit created at the same time (a bank liability).

I’ve previously written about how these processes work in “Money and the missing link” (see Part I and Part II). Those articles explain where money comes from, why new supply is usually constrained, and why common theories of money creation are incorrect (including the idea of “fractional reserve banking”).

A lot of people thought that creating trillions of dollars (or euros) of new bank deposits via QE would lead to hyperinflation. That’s either directly or by allowing commercial banks to create massive amounts of new loans.

Clearly that didn’t happen. Instead, the last decade has been characterised by very low inflation, or even deflation.

The reason is that the lending capacity of commercial banks is constrained in two ways by regulations:

Immediately after the global financial crisis (GFC), commercial banks were woefully undercapitalised, as they struggled to deal with asset write-downs and multi-billion dollar fines for past misdemeanours.

This meant that money supply (deposits) from new lending collapsed for a few years. QE plugged the gap, albeit sending money to a different place (securities markets) than normal commercial or consumer loans (the real economy).

On top of the banks’ immediate GFC problems, regulatory capital and liquidity rules are far, far tighter now than they were in 2008. Governments and central banks understandably don’t want a repeat melt down. However, the negative, unintended economic consequences don’t seem to have registered with policy makers.

Put simply, the “normal” rate at which banks can create new loans is now much lower than before the GFC. At least, assuming that underlying bank profitability is the same (a big assumption, especially in the eurozone).

Consider a simple bank that used to be 40 times leveraged, meaning its assets were 40 times its equity capital (a fairly typical pre-GFC level). Say it had $400 billion of loans, $10 billion of equity and made $2 billion of net profit in a year. Also let’s say it paid out half of profits as dividends, and retained the other half to add to capital.

Now imagine that regulators say the bank has to have twice as much equity capital, leaving it only 20 times leveraged. Equity must now be $20 billion for $400 of assets.

This is simplified. In reality the capital rules are highly complex. Also, banks have met the tighter capital rules both through shrinking their balance sheets and adding to capital, meeting somewhere in the middle.

But what has actually happened to lending growth is along these lines. According to figures from James Ferguson at Macro Strategy Partnership, bank loan growth was around 10% in each of the US, eurozone and UK just before the GFC hit in 2008.

Latest figures for bank loan growth are around 3% for the US and UK, and just 1% for the eurozone (where bank profitability, as measured by return on equity, is poorest).

In other words, a decade after the GFC, the rate of loan growth has collapsed. Far higher capital requirements than before will ensure the rate stays much lower than the highly-leveraged pre-GFC days, barring an unlikely profit miracle at the banks.

(This also explains why all the banks are so focused on automating away highly paid bank jobs to improve profit margins. But it’s unlikely that it will be enough to offset the stricter regulations any time soon.)

We’re in a low growth world, unless banks continually raise new equity capital to allow for faster loan growth. In turn, that requires investors to constantly pump more cash into the low return banking system (which itself would crowd out other sectors in search of capital).

That’s the baseline. But it gets worse.

Enter reverse-QE, or “QT” (Quantitative Tightening). This is the process whereby central banks, like the Fed and European Central Bank (ECB), wind down their accumulated trillions of dollars of bond holdings. That’s done either by allowing the bonds to mature or by selling them in the open market.

I’ll spare you the technical nitty gritty and skip straight to the result of QT. Bank deposits will reduce by trillions of dollars (or euros), and commercial bank excess reserves (the offsetting accounting entry) will fall by the same amount.

There are two implications to this.

Firstly, in a world where bank loan growth is already structurally slow, there will be a further drag on the money supply.

Secondly, any commercial bank that finds the draining of excess reserves pushes its total liquid assets below the legally required threshold (or minimum management target) will have to divert assets from ordinary business, such as lending. This has the potential to slow bank loan growth even more.

That said, that last part may not happen yet, and only in the latter stages of QT (assuming we even get that far, before central banks panic and relaunch QE). For now, excess reserves are so huge it may not be a problem. But I plan to look into it further.

Recessions don’t tend to be good for stocks, to say the least. Whereas deflation – or even disinflation (falling inflation) – would be good for bonds, as yields fall and prices rise.

Will any of this happen? I’m just putting out a scenario. But it’s something I plan to look into further, and will keep an eye out for new evidence.

For now, I continue to recommend holding plenty of cash and a modest allocation to long-dated US treasury bonds.

However, if inflation really is what we’ve got to watch out for, gold provides a hedge (as well as being a highly desirable item in the world’s large and fast-growing economies, such as China and India, with strong long-term prospects).

As a reminder, here’s a summary of my recommended asset allocations:

I’m still thinking through all the potential implications, and joining the dots with some other issues. In the meantime, I’d love to hear your own thoughts or questions.