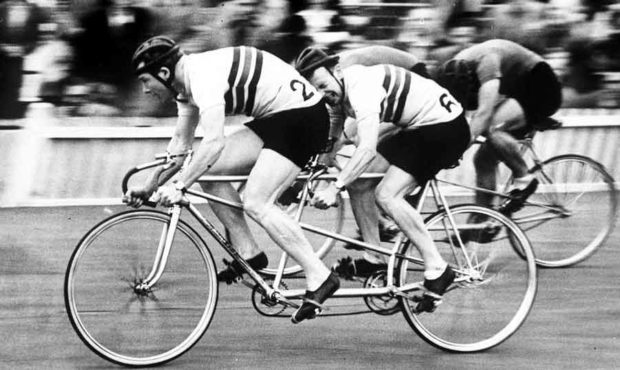 “Stocks for the long run” may be an investment cliché. But, assuming the purpose of investing is to make a profit, it’s also an investment fact. Stocks beat every other asset class over time, and in every country. This is due to what I call stock’s “double compounding” power.

Just recently, Credit Suisse released its annual Global Investment Returns Yearbook. I always make a point of reading it, as it’s stuffed with interesting historical data across many countries.

One of the things it looks at is a comparison of returns from different types of investment in different parts of the world.

The following two charts look at results in the US. They compare long term stock returns with 10 year treasury bonds, short term treasury bills (a proxy for cash deposits), and consumer price inflation.

That’s all well and good. But it’s “real” returns that actually count, meaning after deducting inflation. Real returns are a measure of profits on the money invested, after subtracting the loss of purchasing power of the dollar. (All successful investment involves making a greater total return than what’s taken away by inflation and taxes.)

So here’s the same chart, but adjusted for inflation.

By comparison, that same dollar left in bonds would only buy 10.2 times as much today, as it only made 2% a year. Stocks made a real return that was 162 times better than bonds. T-bills made just 0.8% a year and only multiplied the dollar’s buying power by 2.6 times over 118 years!

Before I get into why stocks have left bonds and bills for dust, there’s something else to point out about bonds.

Notice in the last chart how bonds made zero real return between 1900 and the early 1980s (the yellow line). Treasury yields peaked in 1981, and have been falling ever since. All the real gains have come from the massive bond bull market since then.

If, 30 years from now, I’m lucky enough to still be looking at this kind of thing, I’d expect that yellow line to head almost sideways after 2017.

Even long-dated yields are still pathetic (3.1% for the 30 year treasury). The only way that bond investors can hope for any kind of sensible real return is if the US experiences deep and very prolonged deflation. That’s highly unlikely, with the Fed’s fidgety fingers always hovering near the printing presses.

(That said, I still recommend a small 10% allocation to long-dated US treasury bonds at the moment. But only as a hedge against a stock market crash.)

Back to stocks. US stocks have outpaced T-bills by 5.7% a year over the ultra-long run. That’s actually unusually high when compared with other countries. Also, it may not continue in future given that the US economy has now matured, and population growth has slowed. Only time will tell.

Across all the 23 countries studied in the Credit Suisse report, this outperformance averaged 4.3%, in a range of 3% to 6.3%.

However, take note of this: stocks easily beat bills and bonds in ALL those countries. That includes those that found themselves on the wrong end of the 20th century’s major world conflicts, or that suffered hyperinflations.

Why do stocks outperform in this way?

In financial jargon, this outperformance of stocks over bonds is known as the “equity risk premium”. Received financial wisdom, backed up by dry academic analysis, says stock investors make more money because they take on more risk.

But this is misleading.

Sure, if you’re going to need the money in the next couple of years it’s risky to stick it in something that could suffer a sudden price collapse. But if you’re investing for many years or decades, such as to provide for your retirement, it’s a much higher risk to leave your money in low yielding cash deposits or bonds.

The supposed risks of short term stock price swings evaporate with the passage of time. Yet stocks still deliver superior returns to other assets. If it’s not because of risk, why is it?

In my view, it’s down to stocks’ fundamental properties. It’s what I call their double compounding power.

No other type of investment offers this double compounding. Cash deposits, bills, bonds, and even rental properties throw off an income yield. That can be invested in more of the same, for single compounding.

Over time, based on my own analysis and across US stocks as a whole since 1900, these two factors have driven investor profits in roughly equal amounts.

Capital gains from underlying business growth made up about 45% of returns. Investor profits from cash distributions, being dividend income and/or capital gains from stock buybacks, are the other 55%.

(Buybacks only became a major feature after the mid-1980s. Overall they have tended to substitute dividends, at least at the index level. Gross shareholder yields, being dividends and buybacks, are about the same now as they were in the late 1970s.)

Another profit factor comes from changes to valuation multiples. But this effect tends to zero over the ultra long run, since multiples oscillate between extremes but tend to revert to the mean. But changes can make a huge difference to results over shorter periods.

None of us invests for 100 years. Hence, for the best results, it makes sense to search out the bargains currently available. Done correctly, this makes a huge difference to results (see here for how I do it).

Unfortunately, this late in the bull market, bargains are relatively thin on the ground these days. That’s why I currently recommend only a 40% allocation to stocks, always bought at a sensible price in relation to the underlying business prospects.

Ordinarily, I’d like that to be much higher, more like 60-70%. If we get a decent crash one day, when the bargain basement will be stacked to the ceiling, that could easily increase to 80-90% for a time, by switching out of cash and into stocks. There’s always loads of money to be made riding a post-crash recovery.

Investing, done properly, is a long term game. Long term investing in stocks, with a large dose of patience and an eye on value, comes with highly attractive odds for the investor.