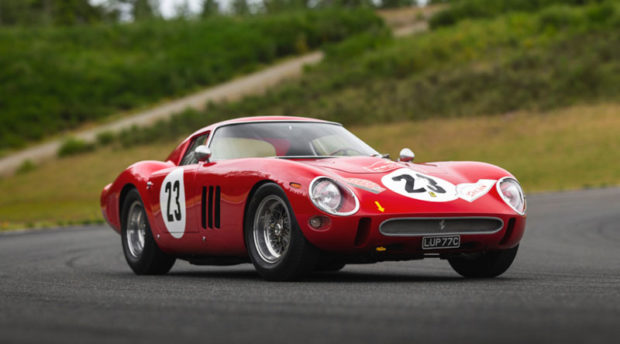 Last week’s lunch at the American Club in Buenos Aires was thoroughly enjoyable. Around 12 of us shared a wide-ranging discussion over food and wine.

Precisely what was said…and by whom…has to remain under wraps. The group operates under “Chatham House rules”, so that people can speak freely. But I can report that the attendees included business people, lawyers, bankers, retired military officers, political analysts and yours truly (however you choose to describe me).

Given all that’s going on in Argentina (huge corruption scandals, high inflation, a diving currency) and the US (trade skirmishes, sanctions, political lawsuits, forthcoming elections and so on) there was certainly no shortage of things to talk about. In fact, we ran out of time to cover everything. But it was well worth the trip across town to meet some very interesting people.

Far from the shores of the two American continents (North and South), China continues the slow process of opening up its economy. Sticking to an earlier promise, the country has removed restrictions on foreign ownership of Chinese banks. Previously, foreign firms were limited to minority holdings.

Of course, the Chinese banking industry is heavily dominated by four giant, state-owned banks, plus a number of second tier players. No foreign bank is ever likely to get close to a serious position in mass-market Chinese retail banking (see Japan for a precedent).

Foreign banks were already allowed to have branches in China (I know this, because I worked on setting one up over a decade ago). But this is still an important development, since it presumably allows foreign banks to have full access to all the licences they desire, and full control of the businesses with their brand attached.

Banks with big, international commercial banking, investment banking or wealth management businesses should benefit. On the other hand, in the current environment of trade tensions, I imagine that non-US banks – such as the Europeans – are more likely to get swift regulatory approvals to proceed.

On the trade front, and back in North America, it appears that the US and Mexico have reached a deal to revamp NAFTA – the North American Free Trade Agreement. US President Donald Trump doesn’t like the old deal, which dates right back to 1994.

Canada also needs to come on board for a NAFTA replacement to get signed. So there’s still work to do. In the meantime, reported details of the new deal seem thin on the ground.

According to the BBC, cars finished in the US or Mexico must include 75% content made in the two countries. Also, 40-45% of the cars must be made by workers that earn at least US$16 an hour.

The automators – as opposed to auto makers – who supply industrial robots must be thrilled. Higher wage bills make it more attractive to replace workers with technology. (How long is it until robots get taxed?)

Meanwhile, certain older, hand-crafted cars remain in high demand. A new price record has just been set at an auction in Monterey, California. A buyer reportedly paid US$48.4 million for a 1962 Ferrari 250 GTO. Undoubtedly it’s a rare and highly desirable car, but that’s certainly a load of money for a set of wheels.

The previous owner paid US$10 million back in 2000, according to reports. That points to a compound annual gain of 9% a year over 18 years. Not bad.

But once you strip out the fat auction commissions – typically 10% for both buyers and sellers – and other costs of such a rare beast (such as climate-controlled storage, maintenance and insurance) the profit would be much lower.

Just owning the S&P 500 would have made an investor about the same profit, even buying stocks at the 2000 market top. Although, clearly, a broker statement won’t get the pulse racing (for some) as much as a bright-red Ferrari parked in the garage.

But, in any case, this is one of the rarest and most desirable cars in the world. Being from the 1960s, it’s both attractive to look at and reminds mega-wealthy collectors of their youth, which pumps up the price. Most of the classic car market isn’t nearly as racy.

Readers sometimes ask me about investing in collectibles (classic cars, stamps, fine wine, art, rare books, etc.). In general, I’d say those things are better as hobbies – for those that have time to develop the niche expertise – than as prospects for serious profit.

Prices of collectibles go up over time, but there are often costs as well (and no income yield). For those interested, here is a link to something I wrote a while back about classic cars.

There’s a similar issue with houses, or any kind of real estate. Longtime homeowners know that prices go up hugely, given enough time. But, they often forget what was spent along the way – in mortgage interest, property taxes, general maintenance, improvements and personal time. The net result is usually much less than headline prices suggest.

That’s not to say that real estate is a bad investment (although it can be). It’s just not as great as people often imagine. On that note, below are some links to relevant articles that look at real estate as an investment.

Real estate investment horror stories (readers share their experiences, and with links to additional articles that compare returns from investing in real estate to stocks).

The REIT approach to real estate investment (buying a piece of real estate without the hassle of direct ownership).

Let me know your experiences with real estate investments – good or bad – or, for that matter, with classic cars and other collectibles. I always like to hear from readers.

Now I must get back to stocks. The market continues to climb in the US, and many stocks are pricey. But, if you look hard enough, there are bargains to be had.

This week I’ll be sending the latest recommendation to members of OfWealth 3D Stock Investor. It’s another great company, another global market leader, and another underpriced stock – just like all the previous recommendations so far. Highly profitable, growing at a healthy clip and with a generous dividend yield. Just the kind of thing I like.