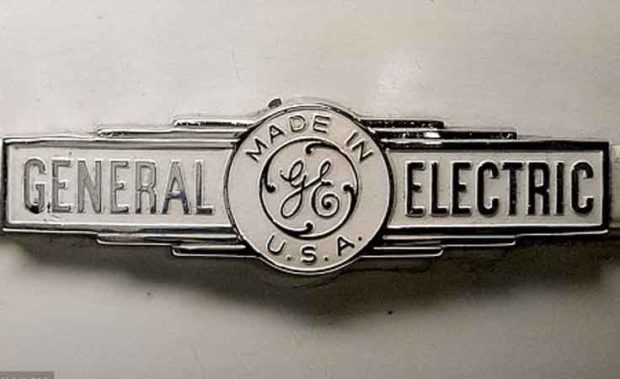 Back in November, when General Electric (NYSE:GE) stock traded at $19.92, I argued it was still substantially overpriced. Today, with it trading at $13.83 at the time of writing, it’s down a further 30% since then. It’s down 77% since its year 2000 peak price around $60. Despite these big falls, I still think GE stock is overpriced.

GE is a great engineering company that lost its way. It got tangled up in a web of financial engineering. To this day, its financial reporting is some of the worst, most obfuscated disclosure that I’ve come across at a supposedly “blue-chip” company. 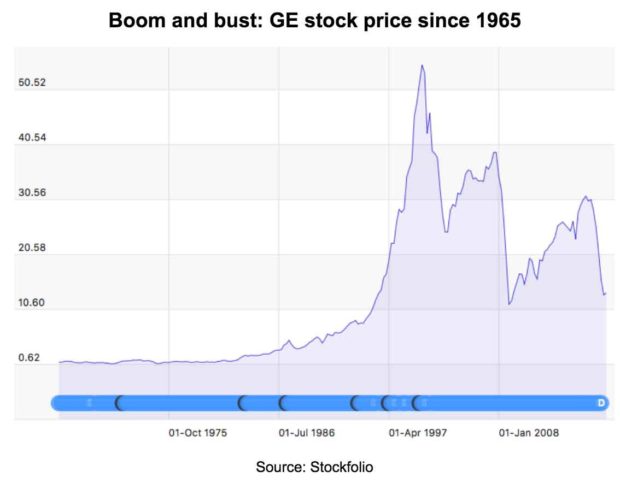 GE’s first quarter results are due out on Friday 20th April, in just a few days. Will there be good news or (more) bad news? Will the company cut its guidance for earnings-per-share (EPS) again? Analysts at investment bank Goldman Sachs seem to think so, following a change to revenue accounting rules and a restatement of 2017 earnings. But the company has denied that it’s on the cards.

Only time will tell. But valuing a stock involves much more than one quarter or one year of earnings. As I’ve explained before, most of today’s value of any stock owned – being the right to receive a stream of growing dividend income in future – derives from many years ahead (see here and here for an explanation).

Hence, I’ll take a look at where GE is right now. But I’ll value it based on its long-term growth and dividend prospects, not short-term quarterly accounts.

My November article (see here) was written just before the dividend was slashed, but in anticipation of it happening. Before that, the dividend-per-share (DPS) ran to 96 cents a year.

As it turns out, the dividend was cut to 48 cents. So I went a bit too low, but was pretty close. Since then a lot has happened, and I’ll update my value estimate.

It’s also fully global. In 2017, 62% of revenues were generated outside the US. Also, 49% of assets are outside the US, with the US portion taking account of GE’s 62.5% stake in Baker Hughes, a separately listed oil & gas company.

At its core, GE is now back to being a industrial company, having cut out most of GE Capital, its financial arm. In common with most mature companies, especially capital-intensive ones, growth of the industrial business is slow. Over the past five years, industrial revenues grew by just 2.2% a year. There was no organic industrial revenue growth in 2017.

Back in January, GE surprised investors when it announced a huge hole in its insurance business, which sits within the rump of GE Capital. No new insurance business has been written since 2006, but new management discovered inadequate reserves against potential future claims.

The company has said the rest of the hole will be covered within GE Capital. As such, dividends paid by GE Capital to the parent company have been suspended. For this reason, I’m placing a valuation of zero on what’s left of GE Capital.

That leaves the main industrial businesses as the only source of value for the stock. The company has given guidance that free cash flow from those businesses will be in a $6-7 billion range in 2018. I’ll take the mid-point of $6.5 billion.

The cash flow projection is after capital expenditure and includes expected dividend income from the Baker Hughes stake. But it excludes GE’s share of Baker Hughes’ announced $3 billion buyback programme this year, which comes to $1.9 billion.

That suggests that total net cash inflows will be somewhere around $8.4 billion this year, if earlier management guidance is met. With the annual DPS set at 48 cents, I calculate that the total dividend distributions will come to $4.2 billion this year.

This means net cash inflows should be about twice the cash dividend distributions. Also, the company is expected to raise around $20 billion from asset sales, as it offloads non-core businesses. On the face of it, that sounds great, perhaps even leaving room for stock buybacks or a raised dividend. Although I note, asked about buybacks on 13th November, CEO John Flannery said he’s “not anticipating much in the short run right now”.

In any case, there’s a serious catch (or two) when it comes to those cash flows. First and foremost, at the end of 2017 the company reported combined pension plan deficits of $33.9 billion. That’s after injecting $2.3 billion of cash into the pension funds in 2017.

Another $6 billion is due to be pumped in this year, which is meant to “pre-fund” the pension contributions through to 2020. This means the company will pay a chunk of the pension deficit with new debt, instead of out of generated cash flow. One liability is being switched for another, and nothing is actually solved.

Speaking of debt, GE’s total debt burden was $135 billion at the end of 2017. Set against that was $43 billion of cash, giving net debt of $92 billion. That’s a big number, especially on top of the pension deficit. This may explain why Bloomberg reported on 13th April that the company could be in line for a downgrade by credit rating agencies, which would complicate matters further.

In my view, any excess cash inflows – including windfalls from business sales – should be used to reduce those liabilities in coming years. Only then will GE get back onto a sound financial footing.

Flannery’s own guidance is that he expects the industrial businesses to grow at 2% to 4% in future. Despite last year’s flat performance, I’ll give him the benefit of the doubt and say it will be at the mid-range point of 3% a year, on average.

On top of that, based on current guidance, there would be about $2.3 billion of surplus free cash flow from operations. That’s once capital expenditure needs and dividends have been covered. That’s equivalent to 1.9% of the current market capitalisation of $120 billion, but let’s round it to 2%.

That money could be used for acquisitions, buybacks, or paying down the pension deficit and/or debt load (equivalent to a debt-for-equity swap for stockholders – lower debt leaves a higher piece of enterprise value for them). Either way, it should add around 2% a year to investor returns.

Therefore, realistic expectations for long-term capital gains are the combination of those two elements, or about 5% a year. Alternatively, the dividend could be increased again, but that would reduce the piece of capital gains from surplus cash flow usage. A higher yield would be offset by lower gains. In any case, having cut the dividend recently, we should assume it doesn’t get hiked again any time soon.

Next, we have to consider at what price the dividend yield will be adequate to give investors a reasonable total return, being the combination of capital gains and dividend income.

Different investors have different opinions of how much return they want to make from a stock. But, in this case, I’m going to use a “cost of equity” of 9% as my assumption for their “average” state of mind (it’s not my own view – see below). That reflects the mess that the company’s still in and the risk of further negative surprises.

If investors want 9% total return, and we’ve estimated 5% a year from capital gains, that means the dividend yield needs to be 4% to make up the difference. With DPS at 48 cents, this gives a value for the stock of $12.00.

That price is a little higher than my November estimate of $11.00, since DPS is higher. But it’s still 13% below today’s price of $13.83. Admittedly, the current price may be justified, if investors are willing to have lower returns in the long run (it implies 8.5% a year).

In any case, even at a price of $12, I wouldn’t be a buyer of GE stock. I’d want it to be downright cheap, given the low growth trajectory and ongoing risks and uncertainties (such as the credit rating). In other words, I’d want a substantial margin of safety – at least 25% upside between market price and fair value.

In fact, it would take a price of $9.60, or less, before I was personally tempted. That’s another 30% below where it trades today. It may never get there, which is fine by me. At the current price, there are better opportunities elsewhere.

DividendsIncomeStocksUSAValueValue investing
Previous ArticleDeutsche Bank ejects CEO: stick with the stockNext ArticleA snapshot of the state of the World (in charts)