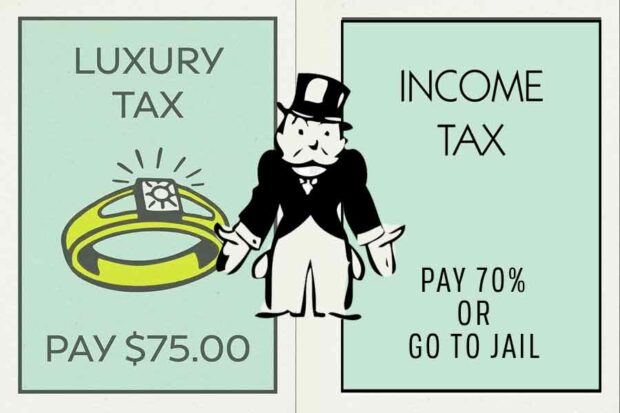 I spend a lot of time trying to make sense of what’s going on the world, with a view to highlighting investment opportunities or threats. Inevitably, this involves a lot of noodling around on the internet.

In the process, I often notice the repetition of a theme from multiple and diverse sources. A couple of things stand out at the moment.

The first is the realisation – and the sinking feeling that comes with it – that campaigning for the US presidency is already underway. The actual vote won’t happen until November 2020…which is to say 21 months from now. But it’s already all over the media, as more and more Democratic candidates announce that they plan to run.

The US presidential election is, for obvious reasons, extremely high profile. It’s the only election in the world that gets blanket media coverage across the rest of the world (or, at least, most of it). Unfortunately, it goes on for almost two years.

Has socialism reached the US?

But there’s something particularly interesting about this campaign. Prospective democratic candidates seem to be in a battle for who can propose the biggest new taxes on businesses and the wealthy.

I’ve read reports about proposals for new annual asset / wealth taxes…lower thresholds for death taxes (a.k.a. estate or inheritance taxes)…higher capital gains taxes on investments…top-end rates of personal income tax as high as 70%…and rolling back recent cuts to corporate taxes (which are really a tax on consumers, since they’re a cost of doing business).

For a long time, I’ve expected governments in developed countries to resort to higher taxes on businesses and the wealthy. The former because most people don’t realise they pay them indirectly, via higher prices at the checkout. The latter because the wealthy are a minority with few votes, so politicians have little to lose. I just didn’t expect any of this to gain traction in US political thinking quite so soon.

Ok, it hasn’t happened yet. At this point, these suggestions are really just people flying kites. But it seems fairly clear which way the wind is blowing…which is to the left.

At dinner over the weekend, an American friend said he thought socialist thinking was taking hold in the US at a surprising rate, especially among young adults. Judging by the recent tax proposals, I think he’s probably correct. Election promises are usually designed to win votes.

The trouble is, proposals to soak the rich have a nasty habit of being extended to the middle class over time. Especially after enough of the rich have upped sticks and left the country, which leaves a new gap in government finances.

We’ll see what actually happens with US taxes…and, of course, the Democrats have to actually select a left-wing candidate and still win an election to put any of this in place. But maybe it’s only a matter of time before socialism really takes hold in the US.

…and another silly idea

The other thing I keep seeing is three seemingly innocuous letters: MMT. It sounds like some kind of urban train system, the Metropolitan Mass Transit, or some such. But, in fact, it stands for Modern Monetary Theory, an economic concept that seems to be gaining ground.

In short, MMT appears to advocate the direct printing and spending of money by governments. It’s quantitative easing (QE), but without the smoke and mirrors of funneling the money through bond markets. I’m still sketchy on the detail, but I plan to look into it further.

You see, it sounds very much like something that Argentina (along with Weimar Germany, Zimbabwe and Venezuela) has tried before (many times). The central bank printed and sent the money to government. The government used it to fund populist policies and paper over the cracks of failing economic policy.

Under the last Argentine government (until late 2016), it resulted in a big spike in consumer price inflation, and the country still hasn’t recovered. The inflation genie is hard to put back in its bottle. Last year, the official rate of consumer price inflation in Argentina was 49%. Ouch. Wages haven’t kept up, meaning a loss of purchasing power for most people and industrial strife, as unions take a stand.

Let’s hope such ideas don’t catch on in other countries, whether given the “MMT” acronym or not. Populist expediency in monetary matters never ends well.

Is gold in a new bull market?

But, if that’s the way the wind is starting to blow, then gold will provide a good shelter. Gold holdings are a great way to preserve wealth in times of monetary destruction. I continue to recommend a 15% allocation to gold, preferably of the physical kind (coins and bullion).

Has a new bull market in gold begun? Maybe. The last price peak was way back in mid-2011, when it briefly went above $1,800 an ounce. This is something else I’m going to look into in more detail, such as the latest demand and supply figures.

On the country stock market front, there are two places that I’ve been mulling over recently.

The first is Turkey. The country had a massive currency collapse last year. At one point in August 2018, the Turkish lira was down 43% against the US dollar although it’s since bounced quite a bit. On top of this, the MSCI Turkey index had a price-to-earnings (P/E) ratio of just 7.5 at the end of January, and a dividend yield of 4.6%. That means, on the face of it, Turkish stocks look cheap.

The combination of a recent currency collapse and cheap stock prices is usually a great set-up for big future gains. In fact, the MSCI Turkey index actually rose during the fourth quarter of 2018 (priced in US dollars), as practically every other stock market in the world was sinking fast.

(See here for clear historical evidence that countries that have just had the weakest currencies tend to have the best stock market performance in the following years, measured in US dollars. This finding – along with much in the investment world – is precisely the opposite of received wisdom.)

Despite this set up, I have nagging doubts about Turkey, particularly from a political standpoint. Recently, when in the UK, I went for dinner with friends. One of them, who is American, had recently been invited to Turkey to join a public discussion about a book, to give an American’s perspective. But she pulled out due to security concerns. That was after taking advice from organisations that are in the know, with contacts on the ground.

Long story short, Turkey is an increasingly authoritarian state. In this instance, the event organisers weren’t on the “right” side of the government fence. There was too much risk of a raid or some kind of staged protest happening.

Our dinner discussion made me question whether investing in Turkey is worth the risk right now. After all, by being one of the few countries that continues to support the Maduro regime in Venezuela, Turkey (a NATO member, lest we forget) has once again aligned itself against the US and its allies.

So I’ve decided to leave Turkish stocks alone. Perhaps they’re a good 12-18 month bet at these prices, but I’m not sufficiently convinced.

The other stock market that I’ve been investigating is Germany. Historically, German stocks have performed well, matching the US over long periods of time.

But they’ve dropped back in recent years, and now look fairly cheap. The MSCI Germany index has a P/E ratio of just 13, which is way below the USA’s level of 20. All other things being equal, the cheaper stocks are, the larger the chance of substantial profits in future. (That said, all other things are rarely equal – hence ruling out apparently cheap Turkish stocks.)

In the long run, German stocks look like a good prospect from their current level. But there are some short-term risks to take into account. There’s a little more to do on my analysis, but expect more on German stocks later in the week.