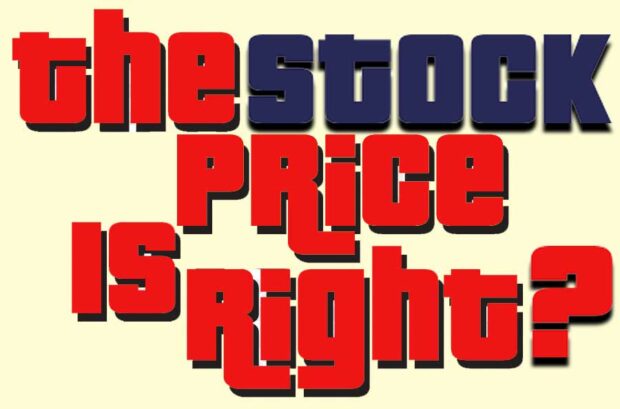 Stocks have had a very strong start to 2019, across most of the world. The MSCI All-Countries World Index (ACWI), of both developed and emerging market stocks, is up 12.8% since the start of the year. This is the bounce after late 2018’s sharp falls. But why do disparate stock markets so often move the same way in the short term? How can longer-term investors profit from swings in short-term sentiment?

It’s one of the curiosities of globalised finance and investing, that the World’s stock markets too often move up or down together, over short time frames. Short-term investor sentiment seems to switch on or off almost across the board, irrespective of economic or business prospects in different industries and countries.

This is a symptom, at least partly, of the huge flows into and out of index tracking funds, such as those that invest in emerging markets as a whole. Never mind that there’s very little in common between, say, Russia and India, or between Thailand and Chile.

Either investors are pumping money into such funds, which bids up prices across the board, or they’re pulling money out, which leads to price drops as the fund managers have to sell positions. It’s rude and crude at times. Which can offer up great opportunities for longer term investors, who are operating at a more micro level.

Individual country indices become dirt cheap from time to time, often due to no particular local problem. It can also mean certain individual stocks get dumped, just because money is being pulled from the country index. That’s even if they do almost all of their business outside the country in question, and their businesses are performing strongly.

To illustrate how markets move together, let’s look at some data for this year. According to MSCI, the index provider, US stocks are up +13.8% so far this year, including dividends. Other countries with similar year-to-date results include Peru (+13.4%), Greece (+14.1%), Russia (+13.3%) and Saudi Arabia (+12.4%) – all measured in US dollars, and including dividends.

Talk about a disparate group. Although, clearly, if you look across all countries you’ll find a larger range of outcomes. But the reality is that almost all stocks are up this year.

Out of the 80-odd country indices that I counted on the MSCI website, only 11 were down this year. None of those were developed markets, only one was an emerging market, and 10 were frontier markets (which are right on the fringes of investment).

The worst performer is Serbia (-21%), but I can’t say I’ve looked into why. Next is Zimbabwe (-19%), but that market more than doubled last year, so a pull back was probably overdue.

Aggregating things a bit, Europe is up +12.7%, Asia up +9.5%, and Emerging Markets up +11.0%. Overall, global stocks are all behaving in a similar way in the short term, along with the US. They fell at the end of last year. This year they’re up again.

There’s nothing that individual investors can do about these short-term, macro moves…whether up or down. But, over the longer run, the best results will come from buying stocks when they’re relatively cheap, all other things being equal.

Not least, this is because cash distributions from companies, meaning dividends and stock buybacks, generally depend on reported company profits generated in the real economy. They don’t depend on the level of the company stock price on a screen. So you tend to get a better cash distribution yield when stock prices are low, and a worse one when they’re high.

But this poses the following question: How do you know when a stock is cheap or expensive?

Or as reader C.K. put it to me: “If your goal is to buy stocks below true value and sell them above true value, how do you determine true value?”

This is a simple enough question. Unfortunately, the answer isn’t so straightforward.

Different techniques tend to be used to value different types of stocks. The way someone looks at a bank stock is very different to a copper miner. A beer company stock has little in common with a real estate investment trust (REIT). A media company is different to a power company. And so on.

(Commodity stocks can even work in reverse. A miner with a high P/E could be cheap, since the commodity it extracts and sells may be extremely depressed and profits virtually non-existent. If the underlying commodity price jumps, the profits will rocket and the P/E may come down a lot, even if the stock price rises substantially.)

Detailed valuation models require quite a bit of skill and financial training, not to mention experience. It’s as much art as science (although a lot of people seem to forget this).

Despite this, any investor looking at an individual stock – whether they have a financial training or not – can easily do a couple of things as a good starting point.

The devil in the details

But this is still just a starting point. With any company, the devil is usually found in the details. There’s often a lot of nuance that can only be uncovered from detailed analysis of the industry, company financial statements, management track record and so on.

Fortunately, at the level of country stock indices, things get a little easier. That’s because a country index includes stocks of lots of companies… usually the biggest companies in the country. Effectively, a country index fund is an investment in a whole economy, or the various economies where the companies are engaged in business.

Country economies go through cycles. But it’s rare for them to completely destroy themselves, and certainly not quickly. As an example, I live in Argentina, a place that’s been beating itself up for decades.

But – despite endless attempts by various governments to reinvent the laws of finance and economics – Argentine stocks have actually done pretty well over the long run, although the ride has been wild at times (see the following chart). In most countries, most of the time, the political and economic environment is far more benign.

MSCI Argentina (orange) vs. MSCI World (green) since December 1987 (US$, including dividends)

A rough guide to deciding if a stock index is cheap

The upshot is that, when it comes to choosing country stock indices, it’s possible to have pretty good rules of thumb for deciding whether the index is cheap or not…at least as a starting point. Focusing on the trailing price-to-earnings (P/E) ratio, this is how I think about it:

But these are just guides. There may be other factors that outweigh this rule of thumb. I’ll give some example countries, using P/E ratios at the end of February for their MSCI indices, and comments on my view on each:

Also, places like Indonesia (17.2) and Malaysia (17.0) look fairly pricey for emerging markets. I’d prefer to pick them up when they’re priced more attractively.

Whether it’s country indices or individual stocks, there are broad rules of thumb that can help point us towards those that are cheap…and avoid the expensive ones. However, these are just starting points. Other factors need to be taken into account.

But the basic principle still applies, whether at the index or stock level. Buying something when it’s relatively cheap will increase the chance of superior future profits, for those patient enough to see it through.

[If you’re interested in cheap stocks of growing companies, that also pay attractive dividends, I recommend you take a look at OfWealth 3D Stock Investor. I use my 25 years of experience in finance and business, combined with my unique stock screening system, to find opportunities for profit in today’s markets. You can find out more here.]