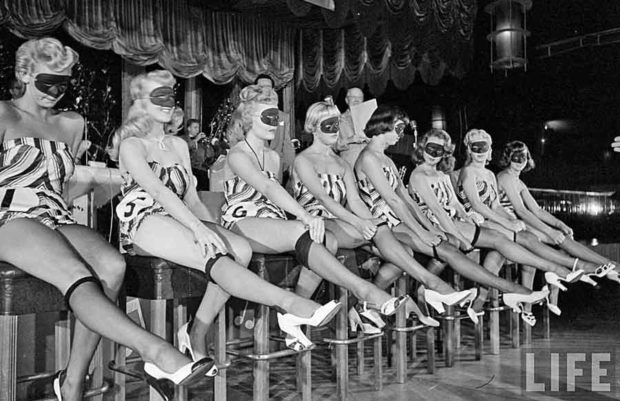 Stocks are essential sources of profit in any investment portfolio. But reliably picking the right stock market investments, with the best profit potential, requires discipline. My own approach is to screen stocks with my own “GIV” system. It’s something I’ve designed to massively improve the chances of profitable outcomes, particularly with private investors in mind.

One of the drawbacks of many approaches to stock investment is that they focus on only one potential source of investor profit. Growth funds look for hot new businesses with high growth potential. Income funds look for high dividend yields. Value funds look for stocks that are cheap.

Why would anyone pluck only a few leaves from the money tree and not others? It makes no sense. I’ll take all the ones I can reach. On the other hand, I won’t take unnecessary risks trying to reach them.

Before I explain my approach, let’s make sure all the basics have been covered. It’s amazing how often these are ignored.

Stocks give investors a profit from three sources:

Since the aim of investing is simply to make a profit, it shouldn’t matter which of these three sources that profit comes from, or which combination. A successful and profitable investment can be the result of one factor alone, any two together, or all three at once.

That’s why I screen all stocks using all three factors. Each stock is given a score on a scale of 0 to 10 for each of the three profit drivers: Growth, Income, and Valuation upside.

Let me give you an idea of how it works.

To get a perfect score of 30 would require the following:

I can only recall ever coming across one stock that perhaps fitted into that category. Believe it or not, it was a Chilean pension administrator. It had an amazingly profitable, fast growing and market leading business. It gushed cash and paid huge dividends.

It was about six years ago when I discovered it. In fact, as great as the business was, now I think about it the GIV score was probably more like 28 or 29. (I can’t actually think of anything I’ve found so far that would score a perfect 30.)

Given the high score, it’s no surprise the stock in question proved to be a highly successful investment. That was despite horrendous market conditions at the time. Unfortunately, it was taken over by another company after three years, and the opportunity went away. (The purchaser was a very dull and very huge international insurance company.)

Of the three GIV factors, future growth is the hardest to assess. It’s also worth noting that a classic way for an investor to lose money is to overpay for anticipated growth.

A company may look like it could grow at, say, 25% a year for a number of years. But, under my system, it wouldn’t score any higher than a company set to grow by 10% a year, which also gets a 10.

Dividend income is usually pretty reliable, and most companies only cut back on dividends in extreme circumstances. So, most of the time, the dividend yield is a reliable source of investor profit.

Buybacks are more variable – especially net buybacks (net of new stock issued). So I prefer dividends to buybacks when evaluating stocks. But both dividends and net buybacks get taken into account for the Income score.

Then there’s the “margin of safety” – being the upside between a stock’s actual market price and its estimated true value today. Not some possible future value. But right now.

This is a hugely important potential source of profit.

The knack is to value the stock using conservative assumptions in the first place, which I always do. If the margin of safety (price upside) is still substantial, then the chances of making a big profit on the investment are much improved.

Given all of that, obviously, I wouldn’t recommend a stock that scores zero. But let me give you an idea of how such a low score could be possible.

By using the strict GIV system there is always discipline in the process of stock selection. For a stock to pass the test, it must achieve a GIV score of at least 20.

Trust me, that is a high bar. Sticking to it significantly improves the chances of profitable outcomes.

In the past, I’ve recommended the stock of Deutsche Bank (Xetra:DBK / NYSE:DB) to readers of the free OfWealth Briefing. This is a bank that’s had a troubled recent history but is going through a big restructuring under new management.

In my opinion, Deutsche Bank stock is still priced for no improvement in its business. Therefore it has massive upside over the coming years if the turnaround is successful, or even partly successful.

Using my GIV system, Deutsche Bank scores 5 for Growth (from cost cutting initially, revenue eventually), 7 for Income (dividends should soon increase), and 10 for Valuation (meaning loads of upside). That gives a combined score of 22.

Another example is Russian stocks, for which I’ll use the iShares MSCI Russia Capped ETF (NYSE:ERUS). Russia is a much-maligned market that’s actually performed extremely well over the long run (even beating US stocks – see here). It’s cheap, pays a relatively high dividend yield, and has decent growth prospects.

ERUS scores 5 for Growth, 6 for Income and 9 for Valuation. That makes a combined GIV score of 20, which is again very strong.

On the other hand, there are plenty of things that wouldn’t pass. Let me give two examples that aren’t even close.

Any ETF tracking the S&P 500 index of US stocks would be rejected, for now at least. The total GIV score is a lowly 8, made up of 3 for Growth (poor), 5 for income (average, including net buybacks), and 0 for Valuation (being already in a bubble).

Far away from the USA, another market that I currently give a low score to is India. Growth prospects are pretty strong (medium to long-term), scoring it a 7. But India scores only 3 for income, as Indian companies tend to pay low dividends.

India has relatively high-interest rates (10-year government bonds yield 6.8%). Despite this, the MSCI India index has a P/E ratio of 22, meaning the earnings yield on stocks is only 4.5%, well below the 10-year bond yield.

What’s more, India is one of the most expensive emerging markets in the world. So I score India a big fat zero for valuation.

That gives Indian stocks a total GIV score of 10. Again, that’s well short of the hurdle I set, if for different reasons than the US market.

Choosing the right stock market investments always relies on analysis, both of the financial and non-financial kinds. But the end result that investors seek is always the same: a financial profit.

Using a system, such as my GIV method, puts a structure and discipline in place. It helps to remove emotion, which improves the chances of making the right assessments.

In the end with stock investing, all that matters is that, when the factors are combined, you get a highly attractive return on your investment. Since the GIV system gives credit for all potential sources of profit – Growth, Income, and Valuation – it greatly increases the chances of making big profits.

Of course, it won’t be right all of the time. No system is 100% perfect. But it does greatly increase the likelihood of choosing profitable investments, and that the profits are substantial.

This is an approach I’ve used successfully in the past. Now I plan to use it to screen recommendations in my new monthly investor letter, which will be released very soon (I’ve already written the first issue).

Every month it will include a new stock recommendation. Each recommendation must pass the rigorous GIV system hurdle. If it doesn’t, it won’t make the grade.

Look out for more news about this in the near future. In the meantime, please let me know if you have any questions.

Editors note: If you will like to give OfWealth 3D Stock Investor a try, you can sign up for a free trial here.