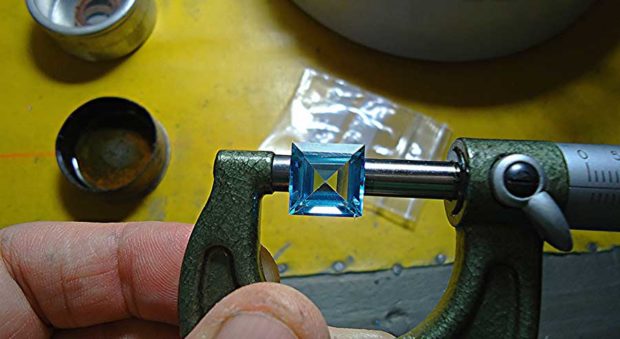 “Micro-cap” stocks are the relative minnows of the stock markets. People invest in them in the hope that they grow into whales, delivering outsized returns along the way. Unfortunately, for each one of the few that grow into giants, there are very many that don’t. So should you invest in micro-caps? And if so, how do you go about it?

Last week I wrote about the pros and cons of being a private investor (see here). The point was to highlight that, although private investors have some disadvantages compared with the professionals, they also have some crucial advantages.

Following that, I got this message from a reader:

Didn’t you miss the obvious one: a private investor can seek out niche investments that would be too small for someone managing ten of millions?

There’s a French primary school teacher called Loic Abadie who has a blog in which he claims to have turned 30,000 into 500,000 in a few years by doing his own research and investing in small companies with a big future.

Dennis makes an astute observation. Although I’d say it’s only really the funds managing hundreds of millions or billions of dollars that really face this problem (not tens of millions).

Big funds would need huge and unwieldy portfolios to invest actively in small stocks. That’s because they have to worry about “liquidity”, meaning how much volume is traded on an average day, when building or shrinking positions. If the liquidity isn’t there, then it’s very hard to trade large amounts in short periods of time.

There’s also the issue of total size. In most markets, if any single investor owns more than a particular percentage of a company – often 10% – the regulators require extra disclosures, adding to the bureaucratic burden. Also, lot of fund managers don’t like to advertise what they’re up to.

So if a company is worth, say, US$50 million then an individual fund might find itself limited to investing less than $5 million, for practical purposes. If you’re in the fortunate position of having a billion dollars to deploy, you’d need to find 200 such stocks that you like.

That’s a lot of work, and with such a diversified portfolio it’s going to be really hard to beat the index. Most really good, active fund managers prefer to concentrate on far fewer “conviction” picks.

On the other hand, private investors don’t tend to have this problem. Even quite wealthy private investors – assuming they’re sufficiently diversified – will rarely have individual positions that go above tens of thousands of dollars in size.

For example, imagine someone who had financial investments of US$5 million, with 60% in stocks, which is US$3 million. To get proper diversification they should have around 30 individual positions. That means the average position size would be US$100,000.

The vast majority of private investors have far smaller positions. This leaves them more flexible when it comes to investing in smaller companies such as the micro-caps.

However, whether this is a real advantage is debatable. The world of small stocks can be exciting. But it’s also highly risky.

A lot of those small companies don’t live up to expectations, or simply fail. For every big winner there are likely to be many – perhaps dozens – of losers. On top of that, corporate information disclosures are often poor, and the risks of encountering sharp practice or outright fraud are much higher than with more established companies.

That means picking the winners is tough. For all the talk of “10 baggers”, “20 baggers”, or even “100 baggers” – meaning stocks with the potential to go up by 10, 20 or 100 times – there are very few that actually achieve this. And, even if you do pick the right ones, you’d probably have to hold on for decades before you got that kind of result.

Those companies exist, and are easily identified with hindsight. But picking them up front – before that explosive growth – is like rolling a dice. For example, just imagine trying to pick the ultimate winner in the world of internet search back in 1999, just one year after Google was set up. (Please take note if you’re speculating on the eventual winners in the world of bitcoin and the other cryptocurrencies…see here.)

For my own part, I’ve dabbled in micro-caps in the past. What I learnt means that I pretty much avoid them these days. They’re very time consuming, and too prone to going wrong.

One particular experience comes to mind. Around a decade ago I invested in the stock of a company that had a market capitalisation of about US$50 million. It owned a selection of fast growing businesses across Africa – from ports, to tractor dealerships, to airlines.

Most importantly it was extremely cheap. Its liquidation value alone was almost double the market capitalisation. Put another way, the price-to-book ratio was about 0.5. On top of that, its profits were growing fast.

I watched it for a year or so, while I got to know the company better and made sure that the profits weren’t purely down to luck. I also talked to financial friends about it, including the manager of a multi-billion dollar hedge fund. He had bought the stock for his private account. In the end I decided to take the plunge, and bought some stock.

It turned out that company management was in it purely for themselves – or at least more so than is accepted in polite society. The company was sold far too cheaply to another company that they were connected to. The CEO and a few sidekicks got top jobs at the purchasing company, and loads of stock options to boot.

Looking back at my records, it didn’t turn out too badly (top tip: I recommend you keep records too). I took a 2% loss, instead of doubling my money, as hoped.

Clearly that wasn’t a disaster. But it was still a good lesson, and it’s one of the experiences that makes me wary of micro-caps. I’d spent a lot of time researching that stock, could have put the money somewhere else in the meantime, and ended up with no profit.

When it comes to individual stock picks, I focus on more established companies these days. There’s still plenty of profit on offer if you’re selective. In fact, there’s probably more profit on offer, or at least far less risk. So the time spent unearthing the opportunities is far more likely to be well rewarded.

Micro-caps are generally best approached – if at all – via some kind of fund, whether it’s actively managed by an expert fund manager, or takes the form of a passive index fund.

As for passive funds, it’s often claimed that micro-cap indices outperform their large-cap brethren. This is, supposedly, because the underlying companies have faster average growth. In reality, it probably comes down to when you do the buying.

Sometimes stocks of smaller companies are in fashion – meaning they’re more expensive. Other times they’re out of fashion, and relatively cheap. This makes a lot of difference in terms of future return prospects.

Here’s a chart which compares IWC’s performance (blue line), since it was set up in 2005, to the SPDR S&P 500 ETF (NYSE:SPY), which tracks the index of the largest US stocks (red line).

You can see straight away that IWC has underperformed. Total returns, including dividends but net of fees, were 6.5% since inception. That’s not tragic, but it’s also nothing to write home about. (Also, the first seven years were basically break even.)

Of course, the underperformance is partly because big brother is in a bubble. The S&P 500 index has rarely been more expensive than the present time – except for one month in 1929, and during the dot com bubble (see here).

Getting back to Dennis’s original question, perhaps he was referring to “nano-caps”, which are even smaller. Those are stocks of companies with a market capitalisation less than US$50 million.

But all the same issues would apply. Company information is relatively poor, you have to be wary of who is running the company, there’s a lot of work involved in trying to pick the stocks yourself, and the chances of success are far lower than investing in more established companies.

One thing is for sure: everyone hears about the great successes of the Loic Abadies of the world – the French school teacher with the Midas touch. There are always statistical outliers in the riskier fringes of the investment world, and they capture people’s imagination. However, not so much is said about the dozens who attempt the same thing and end up losing a packet.

In reality, there’s plenty of profit to be found from stocks of more established companies. The crucial thing is to make sure you buy well, and understand why you’re buying. It’s essential to know where the profits are likely to come from.

But if you’re tempted to have a go at the micro-caps, make sure you go in with your eyes wide open. And clear out plenty of time in your diary.