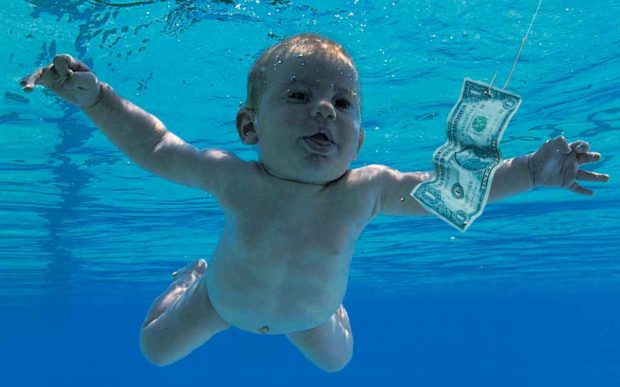 A lot of kids were born in the US between 1946 and 1964. These were the “baby boomers” who are now aged between 53 and 71 years old. If they’ve worked and saved, older people are much more likely to be wealthy than young people. As more and more of the boomers retire will they liquidate their investments? And what does this mean for US securities markets?

I got the following question from a reader last week after I wrote “Is the collapse of US growth inevitable?”

In the US, the oldest baby boomers will soon be forced by law to start withdrawing funds from their retirement funds. That means that they will start to sell the stocks that 401(k) and IRA plans were invested in.

Who is going to buy those equities? By my reckoning, there are going to be far fewer buyers than sellers in the coming years. More sellers than buyers can only mean we should see stocks drop in value, no?

Thank you for your interesting newsletter!

Thanks Francois. It’s a good question, but I’m going to broaden it out a little. This is the sort of thing that could affect bonds as well, and not just stocks.

Also it’s not just relevant to Americans. Given the huge size of US securities markets, most private investors around the world own US stocks and bonds.

The combined market capitalisation of stocks listed on the NYSE and NASDAQ is $27.7 trillion (US dollars), using data from the World Federation of Exchanges. The total US bond market comes in around $40 trillion according to Securities Industry and Financial Markets Association. Both are about 40% of the global markets, making them hugely important for all investors, whether based in the US or not.

For those not familiar with the terms “IRA” and “401(k)” these are simply types of tax advantaged pension funds in the US. The issue Francois highlights is that, under US law, anyone over the age of 70 ½ years has to start making withdrawals from these accounts whether they want to or not. Those withdrawals are then taxed as income.

This year, 2017, is when the first of the US baby boomers cross that threshold. According to the U.S. Census Bureau there are 76.4 million boomers, which is over 23% of the total US population and 31% of the current adults. You can see them bulging out towards the top of this chart of the US population, broken down by age bracket (and their kids 20 years further down).

So, obviously enough, a huge number of people will be forced by law to start liquidating at least part of their retirement savings over the next couple of decades. Others will do it – in fact already are doing it – simply because they need the money to live on.

The big question is: Does this matter? Will this cause a wave of selling big enough to depress stock and bond prices?

So far so good. But I’m going to look at this from a different angle. Namely, private household wealth in the US and who owns it.

Where the money is

According to the Credit Suisse Global Wealth Report 2016, published in November, world household wealth is around $256 trillion, net of debts. Of that, US households command around $85 trillion net, or 33% of the global total.

Who owns all this US loot? Just like the rest of the world, most of it’s concentrated in relatively few hands.

Breaking out the financial assets further, $11 trillion is “liquid assets” (cash, bank deposits or similar), $8 trillion is ownership of private businesses, $24 trillion is stocks and $29 trillion is “other”, which is presumably mainly bonds. Remember, these figures include all adults and not just the boomers.

What does this tell us? First that 90% of the population must own few financial assets. They’ve got 22% of the net wealth. That’s $19 trillion divided between 221 million adults, which averages out at a little under $86,000 each (net of debts). It’s a fair bet that a lot of that – perhaps most – of is tied up in real estate. People tend to put owning a house ahead of a brokerage account.

At the other end of the scale are the “rich” – which itself is a subjective concept. Some people never have enough. But one thing’s for sure. The more money you have the less likely you are to spend it before you die. In fact, you’re likely to invest it for the long term and make sure plenty goes to your kids. The mega rich don’t need to liquidate (and nor should they want to).

So, getting back to Francois’s question, who does that leave that we should worry about? It’s the people somewhere in the upper middle, mainly in the 5% to 10% bracket. These are the people in or close to retirement with, say, half a million to a million dollars of wealth, and a third to a half of that tied up in their house. There are relatively few of them (about 5%), but they’ll need to spend a good portion of their savings if they want to live well in retirement.

Of course, someone who is wealthier than that (the “5%”), and who also has an IRA or 401(k), will still be forced to start withdrawing money once they reach the appointed age of 70 ½ years. They’ll pay income tax on it (a government windfall). But then most likely they’ll just reinvest most of the remainder in a brokerage account without the tax advantages. They’re unlikely to massively increase their spending at that point in their lives.

Let’s put it together. Using my earlier figures, the bottom 95% by wealth have a third of US household assets, or $28 trillion. I don’t have exact figures, but I estimate that only a third of that is financial assets, or $9.3 trillion. That’s on the basis that people with fewer assets have more in real estate and less in savings and investments (and more debt).

Then let’s say that about half of that is likely to be cash and bank deposits, again a higher proportion lower down the wealth scale. That would leave $4.7 trillion in stocks and bonds.

Of this figure, let’s say three quarters is in the hands of baby boomers and older retirees (the old have more money), or $3.5 trillion. And for the sake of argument we’ll assume that all of that sits in retirement accounts.

I know those are only educated guesses. But even if they’re only half right, suddenly the overhang of forced sellers looks much less daunting. Also it will be spread over a couple of decades, meaning $150-200 billion a year. Which is 0.2% to 0.3% of the combined value of the US stock and bond markets.

Surely no big deal? Even if the amounts are twice as big as my estimates it’s still likely to be a rounding error.

Other reasons not to worry about the baby boomers

But if that doesn’t convince you then I’ll try another angle. American private investors simply don’t own as much of the US stock and bond markets as they used to. Over the years their share has declined, to be largely replaced by foreign investors.

Foreigners own 25% of US stocks, 20% of corporate bonds and 53% of tradable US treasury bonds. These were all just rounding errors as recently as the 1980s, or even the early 1990s. So long as the US remains a welcoming and attractive investment destination I’d expect this to keep growing. (The UK stock market was 54% foreign owned in 2014 according to the Office for National Statistics. That was up from 31% in 1998.)

Investment markets are more global than ever before. So even if I’m wrong and US baby boomers sell huge amounts of US securities, there should be plenty of willing buyers. Wealthy European families looking for a better bet than their home markets perhaps. Or new wealth coming out of the emerging markets.

There are plenty of reasons to worry about US securities markets…such as very high stock valuations, poor underlying profit growth, still low bond yields and the looting of corporations by their managers (see here).

But I doubt that the liquidation of assets by the baby boomers is going to be a big deal. Certainly it’s a factor. It’s just not likely to be a big enough factor to worry about.