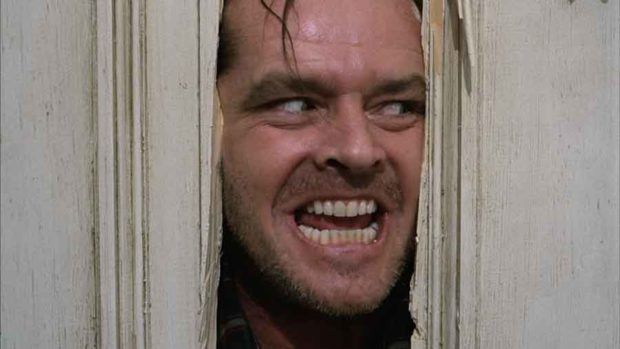 Last year was a tough one for investors. Practically every major asset class lost money, and those that made money barely scraped a profit. So far 2016 looks even less promising judging by the first couple of weeks. Stock markets and commodities have seen sharp price falls. Is there any good news out there?

In the past few weeks I’ve spending some time with family and business contacts in Europe. And what a few weeks they’ve been in the markets.

Before leaving it appears I spoke slightly too soon about opportunities. I had pointed out that there were quite a few attractively priced stock markets around the world at the end of 2015. This suggested to me that it was time to tentatively start redeploying cash.

But the start of 2016 has seen further price falls, irrespective of starting valuations. Prices have been dragged down sharply across the board as market gloom has gathered steam. Those affected include very expensive stock markets, such as the USA’s, and cheaper ones, such as many emerging markets.

Even permanently battered Greece has sunk to new lows. Greek stocks, measured in dollar terms, are down 15% year-to-date (which is to say over the past two weeks). Overall the market is down 98% since October 2007.

If ever there was a good example of why a collapse in prices, viewed in isolation, isn’t a signal of a good buying opportunity then the Greek stock market provides it. Underlying value has been decimated as well, and the country remains in an over indebted great depression.

Stocks are down across the world. The MSCI World index of developed country stocks is down 8.5%. Much of that is due to the 8.2% fall in US stocks. Emerging markets are down 10.7%. Much of the focus has been on China, down 13.9%, but there have been falls pretty much across the board.

Oil appears to test new lows almost daily. At the time of writing the price of a barrel of Brent crude is US$28.96. That’s down a staggering 75% from its level two years ago of around US$115 per barrel. This is decimating energy sector profits.

It will be the first time that earnings have fallen for three consecutive quarters since 2009.

But it’s not just the energy sector that’s suffering. In the USA analysts expect fourth quarter 2015 earnings for S&P 500 companies to decline by 5.7% year-on-year, according to Factset. It will be the first time that earnings have fallen for three consecutive quarters since 2009. Revenues will have fallen for four quarters in a row.

Further modest US earnings falls are expected in the first quarter of 2016. This will be led by the energy sector. But it’s notable that overall six out of the 10 industry sectors are expected to contract.

Despite this, analysts are still expecting earnings to bounce back later in the year. Fourth quarter earnings are expected to be up nearly 15% year-on-year. The analysts could be right, but this feels optimistic to me.

Part of the problem is that US corporations make a lot of their money overseas, and the US dollar continues to go from strength to strength. In fact, on a trade weighted basis, the US dollar is at its highest point since early 2003.

That means profits made outside the US are worth less when measured in US dollar terms, which hits the bottom line. According to Factset, 30% of S&P 500 revenues come from outside North America.

Given the vagaries of international accounting at big corporations, and home bias within large corporations with rampant internal politics, the actual figure for foreign earnings could be considerably higher.

That last statement is based on personal experience. For example I once came across a huge derivatives deal at the investment bank where I worked. It was sold by a salesman based in Japan. It was a Japanese product. It had been sold to a Japanese client.

You’d think that would clearly make it something to book in the accounts of the Japanese office, right? Yet the revenue was booked in New York. That’s because the US-based management of the product area wanted to claim credit. Money is power in banking.

US dollar trade weighted index since 1995

Whatever happens to earnings, US stocks are still expensive by any measure. One noted “perma-bear”, Albert Edwards of Societe Generale, recently said the S&P 500 could eventually fall by 75%. That would take it to a level around 500, even below the 666 level reached in March 2009.

Only time will tell. But you don’t have to be Albert Edwards to have little confidence in the profitability of holding US stocks, given their elevated valuations.

Global shipping is another area taking a massive hit. The Baltic Dry index is a reference point for charter rates for bulk ships that transport grains and bulk industrial commodities around the world, such as iron ore and coal. At a level of 373 it’s now at its lowest point since 1985, which is the earliest data. In fact it’s a staggering 63% below the level at that time, 30 years ago.

Part of that crash is due to oversupply of ships. Huge orders for new builds were placed during the boom between 2004 and mid-2008, as commodities entered a bubble. The overhang has run smack into weaker demand, and daily rates have collapsed. Bulk shipping stocks have been decimated as profits have collapsed. 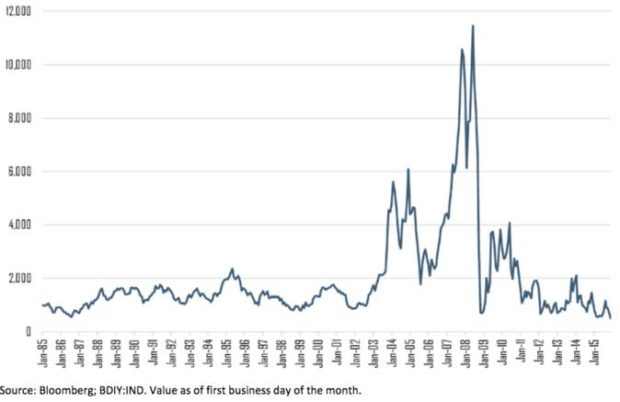 It’s not just in the financial and commercial worlds where the news has been negative. On 7th January Parisian police shot dead a man who appeared to attempt a suicide bombing attack on a police station. It turned out the bomb was a fake, but the assailant may not have known that.

Sadly, real bomb attacks took place in Turkey and Indonesia over the past couple of weeks. IS/ISIS/ISIL/Daesh (take your pick) appear to have been responsible for both. More attacks seem certain, and many countries around the world remain on high alert.

At the same time tensions have been rising between Saudi Arabia and Iran, two of the most important powers in the Middle East – each with allegiance to different wings of Islam. Saudi Arabia is alarmed that economic sanctions against Iran are being lifted (which explains part of the weakness in oil prices).

Iranians are angry that Saudi Arabia beheaded 47 people in one day, including a senior Shia cleric. Hardliners in Tehran responded by setting the Saudi embassy there ablaze.

Along with the situation in Syria and Iraq, there’s no sign of stability in the Middle East any time soon. But with the prospect of conflict ever present there seems to be plenty of potential for disruption to oil supplies, which could send the price rocketing again. Those predicting low oil prices for the long term may be in for a “surprise”.

Usually, when stock markets and other risk assets crash, it’s US treasury bonds that provide sanctuary. But prices haven’t been as strong as perhaps expected during this onslaught of “risk off” behaviour. They’re only up a few percent.

Part of the reason may be that foreign governments, led by China, have been selling holdings. This is because they are using their foreign exchange reserves and sovereign wealth funds to influence currency markets or prop up weakening economies. Foreign governments could be relied upon to soak up new US government debt in the past. If that’s no longer the case then more QE-style money printing could soon be on the way.

During this generally unsettled period gold has been holding up well, especially given the US dollar’s strength and general commodity weakness. It’s up 2.5% in dollar terms since the start of the year and now trades at US$1,089 per troy ounce. It seems that gold is fulfilling its role as a safe haven in unsettled times.

There’s little good news for investors to latch onto so far in 2016. Keep hold of your cash (especially US dollars) and gold. Be patient with your already cheap value stocks. Look forward to buying a lot more at even lower prices once the dust has settled. Crashes are great news for bargain hunters…eventually. But for now remain cautious.