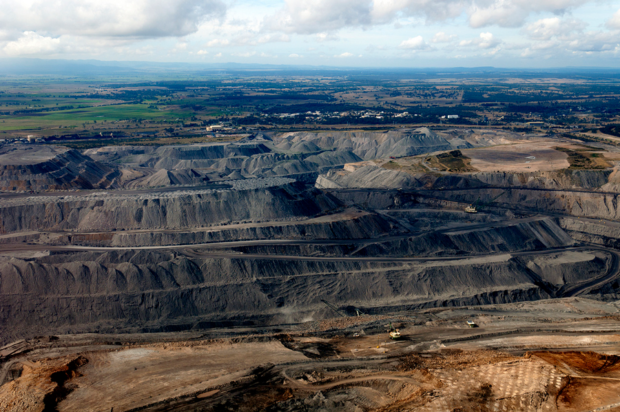 This morning, I saw a woman crossing the road. That’s an ordinary, mundane, everyday occurrence. But this instance caught my attention.

Actually, the lady in question crossed two roads at the same time, when she headed diagonally across a junction. She didn’t look to see if there was any traffic coming. Nor was she in a hurry. She just stepped into the road, with a blank expression on her face, and plodded across at a slow pace, shopping bag in hand.

Driving a car in Argentina is always an “exciting” experience. Plenty of your road companions will do unexpected and dangerous things, as they shuttle from one place to another. Bus drivers often run red lights. Lane markings indicate nothing but the general direction of travel.

For this reason, even pedestrians need to take special care when crossing roads. But this lady seemed unconcerned. I guess some people simply don’t care about risks.

In the investment world, this approach is not recommended. As investors, we always need to make an appraisal of the risks we’re taking on. That means doing your homework, and going in with eyes wide open.

Of course, you can’t make a decent profit without taking calculated risks. Life doesn’t work like that. But you’d better make sure you’ve done some “calculating”, and taken steps to mitigate the risks at hand. Buying things when they’re cheap and ensuring appropriate portfolio diversification are the easiest ways to achieve that.

The biggest risk at the moment

Probably the biggest investment risk at the moment is the US administration’s confrontational stance on trade with other nations. Trade tariffs hit affected company profits, both inside and outside the US, and this hurts stock markets. Put another way, tariffs are a tax on investors.

At least one research outfit has made an effort to quantify the damage. Analysts at Renaissance Macro Research reckon that the S&P 500 index would be 300 points higher, or +11%, without current US trade protectionism, or the fear of more to come.

Is that likely to be right? Probably not, in quantitative terms. The actual impact could be higher or lower. But the direction of the impact is almost certainly correct. Trade protectionism is bad for stocks (and consumers).

The latest round of US-China trade talks got underway today in Washington. There’s a 1st March deadline to reach a deal. Although it may get extended if there’s progress, but not quite a final deal. We’ll just have to wait and see.

In the meantime, it’s worth remembering that the Chinese government owns $1.2 trillion of US treasury bonds and bills. That’s about 9% of the $13 trillion held by US and foreign investors, meaning the bonds that can be traded in open markets.

Put another way, China may sell more stuff to the US than it buys, but it still has leverage. In an extreme scenario, the Chinese could simply start dumping their bond holdings, which would drive up yields and crash the US economy (since “risk-free” treasury yields are a reference point for most lending).

[Note: The headline federal debt figure of $22 trillion includes over $2 trillion of bonds owned by the Fed, about $1.5 trillion used to fund student loans (meaning there’s a matching asset), and the rest is smoke and mirrors – an accounting entry for things like social security “funds”. For more detail on how it works see here.]

The US-China trade talks are a big deal, since those countries make up 40% of world GDP between them. But this isn’t the only thing going on in the area of trade tensions.

“Mess with us and we’ll mess back.”

Today it was reported that China has banned “indefinitely” any imports of Australian coal through its ports in Dalian, in north-east China (but not imports from Russia or Indonesia – this policy is selective). Other Chinese ports are taking at least 40 days to clear imports of Australian coal through customs. The Aussie dollar lost 0.85% on the news, according to Reuters.

The Guardian newspaper reports that China imported 43.5 million tonnes of coal last year. Of that, 28.3 million (65%) came from Australia. Overall, China buys over a third of all Australian exports, including other commodities and goods.

This is likely retaliation for Australia’s decision to ban Chinese telecoms company Huawei from supplying components in a future “5G” build-out, meaning a faster mobile data network. Citing security fears, the US is putting huge pressure on allies to ban Huawei from 5G. This is especially true of members of the “Five Eyes” intelligence sharing group, which is made up of the US, UK, Canada, Australia and New Zealand.

Meanwhile, the UK has resisted a ban on Huawei, at least so far. But Huawei has been asked to address security concerns before it gets the official nod to be allowed into Britain’s 5G networks.

The UK is stuck between a rock and a hard place on this issue. After Brexit, there are hopes of freer trade with both the US and China. So the government has to walk a fine line. China’s move against Australia sends a strong signal to the UK. The Chinese are saying “mess with us and we’ll mess back.”

Back in the US, the government may also slap 25% tariffs on imports of cars and car parts, on the spurious basis of “security concerns”. This would mainly damage supposed allies, such as Japan, South Korea and Germany. It would also drive up the cost of American-made cars, which incorporate a lot of imported parts.

Even the US auto industry, which is presumably supposed to benefit from such a move, is against this idea. Americans would be left with higher car prices and, potentially, less product choice.

The production and export of cars is a big industry in Germany. Obviously enough, tariffs imposed by the US on “security” grounds would be met with retaliation by the European Union, whether via counter-tariffs or other means. If “security” is now the pretext for protectionism, then outfits such as big tech companies and US investment banks could find themselves in the firing line.

In the meantime, I’ve previously promised you my views on German stocks. On the face of it, they look attractively priced after five years of underperformance. But does the potential for US tariffs mean investors should still avoid German stocks? More to come.