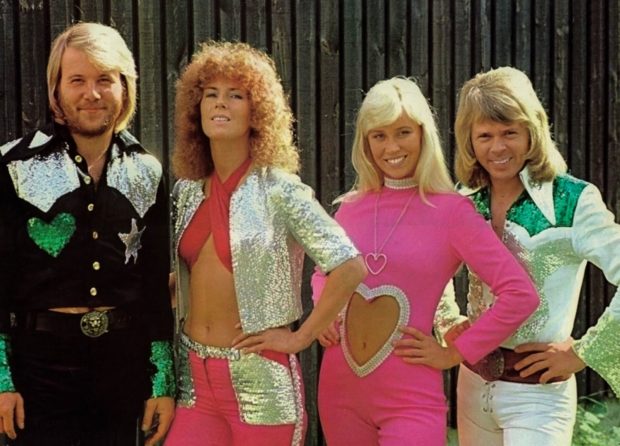 “Money plays the largest part in determining the course of history.”

“Let me issue and control a nation’s money and I care not who writes the laws.”

“The bank hath benefit of interest on all moneys which it creates out of nothing.”

William Paterson, founder of the Bank of England in 1694

What is money? No, seriously, have you ever thought about it? Don’t worry if you haven’t. Most people never do. We just take it for granted like the air we breath or the water we drink. But without understanding money you can never be a successful investor.

The Oxford English Dictionary defines money as “a current medium of exchange in the form of coins or banknotes”. It’s something you can use to change one thing that you want to sell into something else you want to buy.

If you work, you sell your time and expertise in exchange for money. You then use that money to buy things you need, like food, fuel, a place to live and so on.

Before the existence of modern money economic transactions were done using the system of barter. I have a cow but I want goats. You have goats but want a cow. We make an exchange. Four goats for one cow.

But that’s inefficient. What if a cow is worth four and a half goats? Splitting the unlucky, living, breathing fifth goat into two parts leaves us both with half a dead goat. The deal’s off.

It’s much more convenient to have a common medium of exchange, that’s easily divided into small amounts or aggregated into large ones. It should also be a store of wealth.

I may have the chance to sell my cow on a Tuesday. But perhaps I can’t meet you to buy your goats until the following Wednesday. The money I get for selling my cow this week needs to be worth about the same next week when I buy your goats.

…money for trade needs three basic characteristics. A medium of exchange, that’s divisible, and that (mostly) keeps its value.

So the best money for trade needs three basic characteristics. A medium of exchange, that’s divisible, and that (mostly) keeps its value.

Different cultures have used different forms of money over the millennia. But for much of the time, in most places, money took the form of coins made from precious metals, usually gold or silver. These metals have some useful qualities, especially gold.

Gold is difficult to produce, as it has to be mined and smelted from rock. This places a natural limit on the volume, which preserves its value. It doesn’t corrode and has a high melting point. This means you can keep it forever, and the risk of losing it in a house fire is eliminated.

Also it can be divided and fashioned into pieces of different weights and sizes, most usually the metallic discs that we know as coins.

It’s shiny and looks nice as well, so people like to wear it as jewellery. And it’s dense, making the coins heavy. Gold coins feel like they’re worth something when placed in your hand.

Gold and silver are still used as stores of wealth. And they’re universally recognised around the world. They are traded on truly global markets.

But precious metals are rarely used as “money” these days, as most people understand the term. When people think of money they usually think of the notes made from paper and the coins made from low value base metals. Both are are issued by countries all around the world.

In other words, modern money has virtually no intrinsic value.

But a paper note has practically no intrinsic value built into it. It’s a very small part of an ex-tree: pulped, processed and printed upon.

Perhaps you could make a small paper aeroplane with it. A cocaine addict could roll it up and ingest powder into his nose with it. I’m sure you could think of one or two other uses for a hand sized piece of paper. A paper napkin perhaps. Or something else…

So, money of the folding kind doesn’t have intrinsic value. That said it’s fun to see the notes issued by different countries. Most of them have fancy designs, and pictures of some worthy historic or current public figure on them.

The different names add variety to our lives too. I keep a selection of various notes from past trips around the world. 1,000 Vietnamese dong with a picture of Ho Chi Minh, looking like a wise grandfather. 20 Thai baht decorated with a smart looking Thai king. An exhausted and fed-up looking Benjamin Franklin on the 100 US dollar napkin. Mao Tse-tung’s sinister smirk on the 100 Chinese renminbi yuan bill.

A statue of someone heroic looking adorns the 5,000 Russian roubles (I don’t read cyrillic script). Arthur Honegger, a composer of music, stares angrily from the Swiss 20 franc note. Julio Argentino Roca, an Argentine general and president, worries himself on the 100 peso bill. Queen Elisabeth II, plus diamond tiara, looks smug on the 5 pound note.

And as for 20 euros….er, nothing really…a picture of a bridge and some windows. The faceless bureaucracy of Brussels, expressed through currency.

As Joel Bowman, a highly entertaining writer on the idiocies of modern day economics and politics, and a friend, put it a while back: We keep a glass bowl full of worthless paper in our little pied-à-terre, here in Buenos Aires, to remind us of the transience of money. When foreign guests come over for drinks, they often remark on how they would never leave a bowl of cash lying around. The Argentines, having seen one worthless note follow the next, know better.

So notes may be interesting to look at, and coins too. But they have no intrinsic value. They are just worth whatever people will exchange them for at a given moment in time.

And of course these days most transactions don’t even involve physical notes and coins, especially in developed countries. Payments are made using bank transfers, credit and debit cards. These are nothing more than accounting entries on the computerised ledgers of banks.

Have you ever wondered what a bank “deposit” really is? Most people think of it as having some money stored at the bank. But really it’s just a loan to the bank. There’s no box of money with your name on it.

In return for the loan the bank pays you interest, although the interest rates are pitifully low these days across the developed world.

Usually the idea is that the interest, net of tax, should be enough to preserve the purchasing power of the money lent to the bank (put “on deposit”). Net interest should make up for loss of value due to price inflation.

This is important, because all “fiat” currency loses value over time. The volume goes up as more and more is issued, and prices rise, meaning each unit of currency buys less and less.

(The term “fiat” derives from the Latin “let it be done”. Fiat currency is therefore money declared by a government to be the currency of the land, the “legal tender”, with no intrinsic value.)

Even the world’s supposed reserve currency, the US dollar, has lost most of its value over time. In 1900 a dollar bought 1,500 milligrams of gold. By 2010 it bought just 25 milligrams, meaning a loss of value of over 98%.

(Over the very long run, an ounce of gold more or less keeps the same purchasing power. So it’s a useful value benchmark when looking at long time series.)

There was a devaluation during the 1930s depression, shortly after the US government confiscated privately owned gold in exchange for dollars (there’s an important lesson in there: don’t trust the government). Then the rot set in again after 1971 when president Nixon’s administration removed the last link to gold. Previously foreign governments had been able to convert their dollars into bullion. 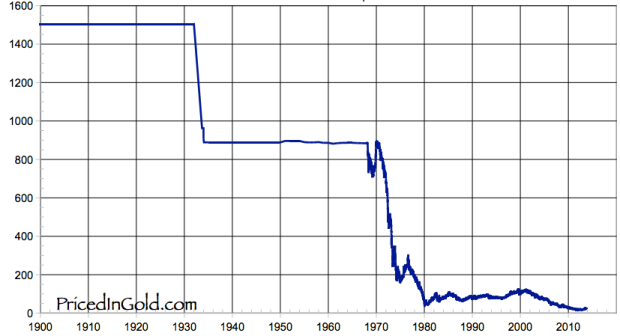 Remember dear OfWealthers: most fiat currency is nothing but funny money. It has no intrinsic value. It’s only as good as what the next person in line will exchange for it. From time to time confidence collapses, causing a currency devaluation or hyperinflation. All fiat currency is worth nothing in the end. Unless you like making paper aeroplanes.

That’s why we all need to keep earning it to build wealth. And once we have it, we need to work out how to keep it by earning an income on it that beats inflation, taxes and investment fees.

In other words, having a comprehensive, diversified investment strategy is essential if you want to preserve and grow your hard earned wealth. Understanding “money” is a good place to start.