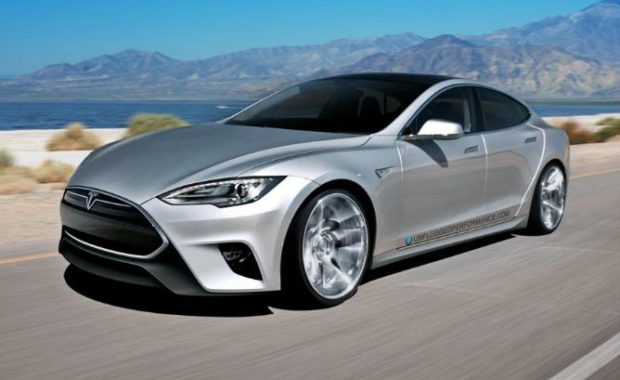 Oil and gas markets are in a funk. In the short term the lower prices are bad for producers and good for consumers. But fossil fuels continue to provide the vast bulk of the world’s energy needs. Despite political pressure and subsidies for renewable energy, and much hype, fossil fuels will retain their dominant position for many decades to come.

Here’s the price chart for Brent Crude oil since 1987. At US$32.46 a barrel at the time of writing you can see it’s at the lowest price level since 2004. It’s even lower than during the depths of the global financial crisis. Since mid-2014 there has been a definite crash.

Excess new supply, mainly from US shale oil, has met insufficient new demand. Many highly leveraged shale producers are teetering on the edge of bankruptcy. Jobs in the oil sector are being wiped out in their tens of thousands as profits have collapsed.

So much for the short term. A look at the long term outlook is more interesting.

Oil company BP plc produces a report called the Energy Outlook each year. It analyses energy production and consumption across the world, using a great deal of data.

A couple of weeks ago BP published the 2016 report, and as usual it makes for interesting reading. Apart from a snapshot of current energy production and consumption BP makes projections out to 2035 about how things are likely to change.

Let’s get one thing out of the way at the outset. BP is an oil and gas company, so obviously it has a vested interest in the oil industry. So it’s fair to say that its projections could be biased towards its own field of activity. But even so the current data is instructive, and it still tells us a lot about the likely future for energy demand, in its various forms.

We hear about advances in renewable energy production almost daily in the mainstream media. These are principally solar, wind, tidal, wave, and biofuels.

And the well funded PR machines of car companies tell us about new electric or hybrid vehicle launches that are supposed to be more environmentally friendly.

As a side note it’s interesting that the first electric vehicle was built in 1839 by Robert Anderson of Aberdeen, Scotland. In 1897 the London Electric Cab Company had a fleet of vehicles with a 50 mile range. But by the 1910’s electric vehicles went into rapid decline.

When I was a kid in the 1970s we had bottled milk delivered to our door by a uniformed milkman at the wheel of an electric “float”. But it wasn’t until 1997 that Toyota launched its hybrid Prius in Japan and things really got moving again.

Hybrid and plug in electric vehicles remain at the fringes to this day, and I have my doubts about the current crop of plug in ones, at least for now. For instance, 70% of the world’s electricity comes from fossil fuels. BP expects that to still be 65% by 2035, as renewables grow and coal declines. Obviously it depends where you live. But across much of the world, plug-in electric cars just move most of the pollution from exhaust pipe to power station.

But anyway, advances in renewable energy and improved vehicle efficiency are undoubtedly necessary to slow the growth of global carbon emissions. They may seem exciting to many people. But the reality is that they are still a sideshow compared with the core energy market.

Because, as BP points out, 86% of the world’s energy supply in 2014 came from fossil fuels.

Even BP admits that renewables will be the fastest growing energy sources in coming years. They reckon those areas will grow by 6.6% a year for the next 20 years, versus 1.4% a year for world energy consumption as a whole.

That will still leave fossil fuels as the source for 80% of world energy supply in 20 years time. Renewables, excluding hydroelectricity, would still be well under 10% of global energy supply in 2035, if BP’s projections are right (or close). 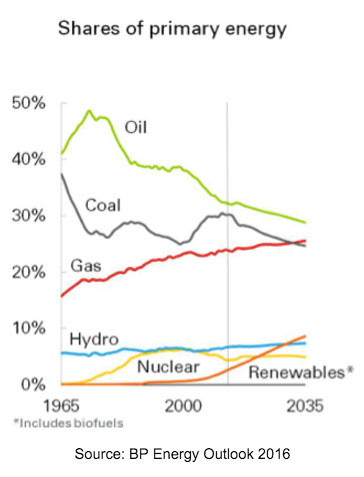 Of course these are only projections, and there is no crystal ball for divining what additional technological advances, government policy moves, or unforeseen setbacks, will occur in future. But given today’s starting point we can say with a high degree of certainty that fossil fuels are here to stay, and in a big way.

However, you’ll have noticed in the chart above that the outlook isn’t uniform for the different fossil fuels. Coal’s share is set to decline the fastest. Oil will also trend down as a percentage of the total. But relatively clean natural gas is set to increase its share over time.

Gas’s rising share is mainly due to increased usage power production and industry. In particular BP projects that shipping of liquid natural gas (LNG) will boom relative to pumping it through fixed pipelines. That will mean a lot more plants to turn the gas into liquid, a lot more tankers, and a lot more plants at the other end to turn it back into gas.

Despite the declining shares of oil and coal this doesn’t mean there will be reduced volumes of either being consumed. This is because the world energy demand is set to grow faster than their respective shares decline. The biggest driver for demand growth will come from Asia, but other emerging markets will play their part too.

But energy usage will grow less quickly than GDP as energy intensity declines. We’re getting more efficient at how we use energy, by 2-3% a year. That’s compared with 1.5% a year over the past decade.

At the same time large countries like China are set to shift the balance of growth from energy intensive heavy industrialisation to relatively energy light service industries. That said, India – which in development terms is well behind China – is set to increase how much coal it burns.

Overall the efficiency gains will continue to be overwhelmed by economic growth. Vehicle ownership will keep expanding rapidly in emerging markets. The global vehicle fleet is set to double from 1.2 billion to 2.4 billion.

This will drive extra demand for liquid fuels: petrol/gasoline, diesel and LNG. Overall BP expects oil to be the source for 88% of transport fuel in 2035. That’s not just for cars, but for trucks, planes, diesel trains, boats and ships. I doubt we’ll see a plug-in ship or plane in my lifetime. It’s a simple question of logistics and physics. The other big consumer of oil is industry, such as the petrochemical sector. Think plastics.

Power consumption will also expand as hundreds of millions of people start plugging in their first, shiny, new appliances: washing machines, computers, air conditioners, electric cars or scooters and so on. Electric power is currently 42% of total energy consumption, but set to grow to 45% of a much bigger total by 2035.

Oil plays a small and declining part in electric power generation, but natural gas has a large and steady share. On the other hand renewables have a small but fast expanding base and are set to take share from coal. 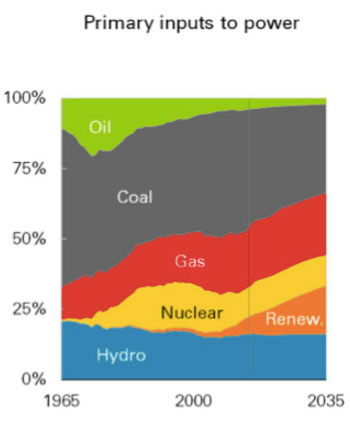 The long and the short of it is that fossil fuels are here to stay. In particular the markets for oil and natural gas will continue to expand. The price of oil may or may not get back above US$100 per barrel any time soon, let alone the bubble highs around US$150 of mid-2008. But the current oversupply will eventually wash out. Uneconomic production will continue to be cut and Asian demand will continue to grow in the medium and long term.

If you’re already invested in financially sound oil and gas majors then you may as well stick with it. And if you aren’t then it could be a good time to get in. These price lows may not last.

Energy is the ultimate consumer product for the vast and growing emerging markets. I recommend you ignore the short term noise and think about the bigger picture. Oil and gas may be down, but they’re far from out.

As always I’d be interested in hearing your views. Feel free to drop me a line with your observations on what’s happening in your part of the world. Do you drive an electric or hybrid car? Does your neighbour? How’s it working out? Or perhaps you’d never go near one. Let me know.