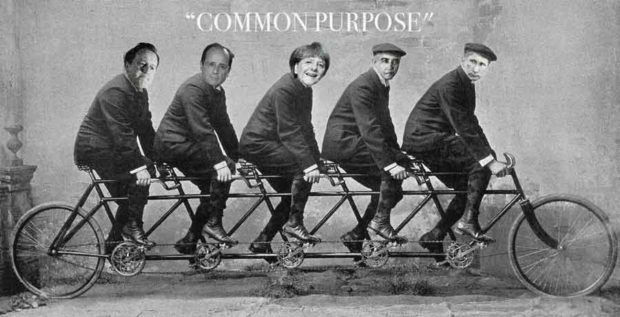 Russia has been the West’s “public enemy number one” since early 2014. This followed the Russian government’s reaction to protect its interests after the coup d’etat in Ukraine. Talk of a new cold war – or worse, a hot one – has been frequent. But, following the horrendous terrorist attacks in Paris last week, suddenly everyone wants to work with Russia once more. The ultra-cheap Russian stock market has rallied strongly as a result.

OfWealth has pointed out before that Russia almost always gets a (literal) bad press in the Western media. If you don’t believe me, take a look here at how the Russian reality is often surprisingly different to the way the country is portrayed.

The constant misrepresentation of Russia would be laughable if it wasn’t so dangerous. Politicians respond to public opinion. And in the case of Russia, negative public opinion in the West is severely misinformed by the mass media.

At the end of September, Russia began to bomb ISIS terrorists and other assorted factions in Syria and Iraq, in the process providing support to the government of President Assad of Syria in the civil war in that country.

The situation is highly complex, with a great many countries and factions involved. The USA and its European allies have thus far been keen to depose Assad. Russia and its allies – including Iran and Iraq – take the view that a power vacuum could leave the way open to ISIS to extend its evil influence even further.

This would be similar to the way that the post-Hussein power vacuum in Iraq opened the way for ISIS to exist in the first place, and post-Gadaffi Libya has descended into practically ungovernable chaos.

(See here to get some high level insight into the complexity of the Syrian situation, although to be honest it doesn’t do it justice.)

I don’t pretend to understand the full complexity of the situation in Syria and Iraq. But a major concern of many has been that, with so many actors fighting on multiple fronts, there was a significant risk that the conflict could descend into a confrontation between the Russian-led group and the American-led group. That’s the stuff that world wars are made of – either by accident or by design.

Of course, just like almost everyone else, I’m appalled by the vicious bomb and gun attacks that have just taken place in Paris, France. But there are some grains of good arising from the situation.

First, Western governments are finally taking the threat of ISIS seriously, after what has seemed previously to be a half hearted campaign of assistance to other factions and bombing.

Second, those same governments are talking to Russia again, since Russia had been taking the lead against ISIS before the Paris attacks. This gives us hope that everyone can get on the same side, and avert a conflict between Russia and the West.

The leaders of the G20 group of countries happened to meet in Antalya, Turkey over the weekend – immediately following the Paris attacks (and, at a distance of only around 500 kilometres / 310 miles, pretty close to the action in Syria and Iraq).

Notably, this time Vladimir Putin was treated very differently by foreign leaders when compared with the previous G20 summit held a year ago in Brisbane, Australia.

In Australia Putin was ostracised – even threatened to be “shirt fronted” (a sort of chest barge) by the Australian prime minister at the time, Tony Abbott.

This time Putin had an impromptu 30 minute face-to-face discussion with the US president Barack Obama to talk about the situation. He also held talks, and a joint press conference, with the British prime minister David Cameron.

It was the British that first revealed to the world that the Russian passenger jet that crashed en route between Egypt and Russia on 31st October had probably been brought down by a bomb. The British shared intelligence with the Russians, who in turn have now agreed with the findings. Also, ISIS has since claimed responsibility.

(We take no pleasure in noting that the attack on the Russian plane, which killed 224 civilians, received far less sympathetic coverage in the Western media than the Paris attacks, which killed 129 people. Both situations are awful, but it’s just another example of media bias.)

Aside from Putin’s face to face meetings at the G20 summit, he has also been in telephone contact with the French president, Francois Hollande. In fact, Hollande will travel to Moscow on 26th November for direct talks. That will follow Hollande’s planned visit to Washington on 24th November to coordinate with the USA. Our hope is that this process clarifies whose side everyone is on – and that everyone should be against ISIS.

On another note, Putin gave a speech at the G20 saying that Russia has intelligence regarding funding sources for ISIS, coming from individuals or organisations in 40 countries. He said that includes certain G20 countries, without naming them. Our guess is that he was referring to sources in Saudi Arabia (see here for the full list of members).

For our part, OfWealth highlighted last year how ISIS is possibly the world’s first multi-billion dollar terrorist corporation, with huge assets and income. They even produce an annual report and glossy magazine.

Putin also showed satellite images of convoys of ISIS oil trucks travelling into Turkey. This oil trade is one of the main funding sources for ISIS, believed to bring in around US$500 million a year according to the US government estimates. The very next day, perhaps shamed into action (finally), US forces bombed the ISIS truck fleet. This glaring issue of oil-sourced funding for ISIS had been ignored for too long. Blowing up their trucks is progress.

Of course resolving the complexity of the situation in Syria and Iraq will take a long time and complex diplomacy. Not least because some kind of political compromise is needed to decide who will run Syria in future. But at least the immediate priority is now understood by all: crush ISIS.

Our beat here at OfWealth is the world of investment. So, you may well ask what all this has got to do with any of that. The answer is that it’s having a big impact on Russia as an investment destination.

We’ve been pointing out for a long time now that Russian stocks offer incredibly good value (see here and here). It’s pretty much the cheapest stock market in the world, at least that we’ve been able to find. The price-to-earnings (P/E) ratio is 7 and the dividend yield is 5%.

That said, Russian stocks have given investors a rough ride in recent years. The market has been cheap for a long time now – four years or more. But, at least measured in US dollars, it’s been heading down since April 2011 – which was a peak for many emerging markets.

Specifically Russian stocks were hit hard last year by the massive drop in oil and other commodity prices. After ranging between US$100 and US$120 per barrel for several years, the price of Brent Crude – the most commonly used international benchmark – plunged during 2014, and is now trading at US$44 a barrel. This, and other commodity price falls, has hit countries that are big exporters of those resources, including Russia.

Plunging commodities have in turn caused the (free floating) Russian rouble to plummet. It’s down 48% against the US dollar since the start of 2014, but appears to have levelled out now.

The sharp fall in the rouble has slashed the local costs of commodity producers, allowing them to stay profitable in the face of collapsing international prices for their products. For example natural gas giant Gazprom OAO (NYSE:OGZPY) actually saw profits increase 29% between second quarter 2014 and second quarter 2015, measured in Russian roubles.

At the same time economic sanctions imposed by the European Union during the Ukraine crisis hit Russia’s economy. The US also imposed sanctions on Russia, but these are less significant since there is little trade between the two countries. Inevitable Russian counter-sanctions have also hit Europe, particularly in the agricultural sector.

So, given the effect of these two things – collapsing commodities and sanctions – it’s perhaps no surprise that the Russian economy contracted 4.1% in the year to September 2015.

But the worst is probably over, growth will return, and Russian stocks are still incredibly cheap. Plus they have a habit of bouncing back – as seen after the 1998 Russian crisis and the 2008 global financial crisis.

Since the Paris attacks we’ve seen a rapid improvement in relations between Russia and the West, and Russian stocks have responded. The Market Vectors Russia ETF (NYSE:RSX) has seen its price rise from US$16.28 at Friday’s market close – before the Paris attacks and aftermath –  to US$17.48 at the time of writing, a gain of 7.4%.

In fact Russian stocks have offered one of the few bright spots for investors during 2015, including the period before any of this happened. The MSCI Russia index is up 16.7% year-to-date, measured in US dollars (which is the same as saying “compared with owning dollars”).

By comparison the MSCI Emerging Markets index is down 14% and the MSCI World index of developed countries is down 1% (the still expensive US market is marginally up by 1.2%).

This new thawing of relations between Russia and the West is one good thing to come out of the Paris terrorist atrocities. In the interests of all of us that share this planet we hope it lasts, and that cooperation on all fronts can be expanded. Russia looks like it’s coming back in from the cold.