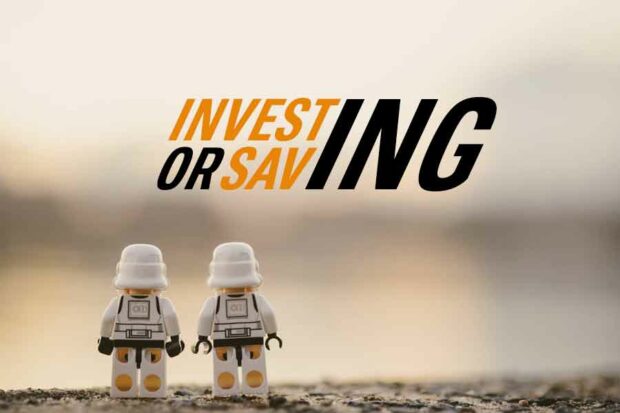 “All my friends have got one. They’re pretty cool.”

My London-based, 25 year-old niece was showing me her bright orange debit card. It’s issued by a bank called Monzo, which was only set up in 2015.

Young adults don’t have the patience for the poor customer service provided by traditional banks. If my niece is to be believed, they’re swarming towards the so-called “challenger banks”. She probably should be believed.

That’s because Monzo bank already claims well over one million customers. That’s about 2% of the UK’s adult population, and presumably a much higher percentage of young adults. An impressive result after just three years.

The Monzo card works much like any other bank payment card. But customers get a handy app on their phones which automatically summarises spending by category, which helps with budgeting. (“This is great in London, since no one can afford anything.”) Customer service is meant to be good too. And it’s bright orange.

Don’t worry, this isn’t some kind of promotion of Monzo’s services. I just think it’s interesting to observe how young people behave. Often, their habits as consumers are quite different to those of us with a slightly looser outer covering.

Monzo is just one of the new breed of financial companies that are using technology to go after traditional firms in the financial sector. It seems that it’s been entirely funded by online crowdfunding from ordinary people, instead of using professional venture capital. (Incidentally, my niece also mentioned that she “almost never” uses physical cash. Apparently, financial privacy is not a priority for younger people. They may live to regret that.)

Whether it turns out to be a good investment for those crowd funders is anyone’s guess. But I cautioned my niece. “It looks great. But when you have a decent amount of savings one day, be careful about leaving them in trendy new banks. They’re often the riskiest places.”

Over a decade ago, I lived in an apartment in a mansion block in London, built in the late 1920s. It was one of about 200 units in a dozen buildings, set in 10 acres (4 hectares) of beautiful communal gardens.

Owners paid service charges, which went towards maintenance, staff costs (including several gardeners), taxes and general running costs. The whole thing was overseen by a board of directors. After I wrote a letter with some proposals on a specific issue, I was invited to join the board. Given my financial background, I was asked to oversee the finances.

There was about £1 million a year (at the time around US$2 million) in income, and something like £250,000 (US$500,000) cash surplus to look after. The British subsidiary of an Icelandic bank was making a big splash in the UK bank market, and offering rates as high as 7% a year on deposits to bring in funding for loans. That was about 3% higher than the main British banks, so the board had placed money on deposit there.

In early 2007, the global financial crisis started to get rolling. Most people didn’t become aware of it until much later that year, or even the following year. But I knew about it early. Long story short, I studied the Icelandic bank, decided it was too risky, and recommended that the cash deposits were transferred to a low-risk alternative (despite much lower interest rates).

In 2008 the Icelandic bank went bust, and depositors were wiped out (Iceland was one of the few countries that chose not to bail out its banks). But our deposits were safe, since we’d acted early to protect them, and saved half a million bucks in the process.

Are Monzo and other challenger banks also high risk for depositors? It’s difficult to know. There are no accounts published on their website. In theory, deposits are insured by a government scheme. But all such schemes are notoriously underfunded. Even if they are funded, they could take years to pay out, while administrators and lawyers sort things out.

Hence, my recommendation to my niece. Don’t keep a lot of your savings in a fancy new bank, however brightly coloured its cards. Traditional banks are dull and have their drawbacks. But they’re also more likely to survive in a crisis (or be bailed out). That means your deposits (money that you lend to the bank) are likely to survive too.

Which brings me to the main topics today:

This was prompted by a question sent to me by a reader, S.H. from London.

What’s the cut off point between the one and the other? There’s no hard and fast rule. I suggest including within savings at least enough emergency cash to live on for six months (and preferably a year), plus any cash needed for large purchases within the next three years (deposit on a house, etc.). Savings then get parked in bank deposits.

Everything above that should be considered as “investments”. Market prices of all investments can swing around over short periods (e.g. stocks and gold), and some investments can be illiquid, meaning difficult to sell in a hurry (e.g. directly owned real estate). Buying and selling both incur transaction costs, so should be kept to a minimum.

Hence, I reckon all investments should include wealth that the investor doesn’t need to access for at least three years. That gives markets time to recover before investments are sold, if needed, and investors time to pick a favourable moment to sell any investment, instead of being forced sellers at a market low.

Given that definition, the investor’s age becomes almost irrelevant. Think about how much must be in savings first. Dedicate the rest to investing. It doesn’t matter if you’re 20, 30…or 70 years old. The principles are the same.

Those basic principles apply even to someone in retirement. By that time, either they’re receiving a company pension, which replaces their salary during employment years. Or they need to invest to generate an income to live on, such as from dividend income. Either way, the savings are only needed to cover immediate needs. The rest should be invested.

That said, given the higher risk of health problems during old age, retirees may wish to set aside more in cash than younger investors (or put those funds in low-risk proxies, such as treasury bills).

In 2016, I wrote a series of four articles about climbing the mountain to financial freedom. They looked at how much you need to save, how to go about it, and what to do once you’ve got it. (See here and the links within that article to access the series.)

As to the question of how much to invest in stocks…or anything else…my current recommendation remains the same. Investments should be split between stocks (40%), cash / deposits / t-bills (35%), gold (15%) and long-dated US treasury bonds (10%).

My current recommended allocation not static. It will change over time, subject to market conditions. In particular, at some point when there are more cheap bargains around, I will decrease the cash allocation and increase the percentage in stocks.

On the other hand, the recommended allocation is completely independent of the investor’s age. Financial advisors tend to recommend shifting progressively from “higher risk” investments (stocks) to “lower risk” ones (government bonds) as you age. But this strikes me as out of date advice.

If you retire aged 65, then the chances are you’ll live for another 20 years, and perhaps more. So why would you want to park all your money in bonds that yield 2% or 3% (if you’re lucky) when you could make, say, 9% on a passive investment in an index of stocks (and more if you’re selective)?

It makes no sense to sit in low-return investments for the long-term. Hence, in my opinion, stocks should feature heavily in the investment portfolios of all investors, specifically including retirees.

But back to the general question of how much to put in stocks. Let’s say someone has $200,000 that qualifies for the investment pot, after putting aside sufficient “savings” (as explained above). According to my recommendation, that would mean around $80,000 should be directed at stocks.

Note: this doesn’t change according to the overall wealth level. If someone had $20 million to invest, I’d still recommend 40%, or $8 million, was held in stocks (at the current time).

Of course, for someone who’s never invested in stocks before, they shouldn’t rush in and splash the money in one go. I recommend they start small, get familiar with how it works, learn from their mistakes (everyone makes them, even the very best professional investors), and ease themselves in. But I’m talking about the end result to aim for, which is an appropriately diversified investment portfolio – including a substantial allocation to stocks.

Both savings and investments are important. Savings are there for emergencies and near-term needs. Investments are about making your money work for you, and patiently increasing your wealth over time with investments that grow above the rate of inflation.

Make sure you have both.