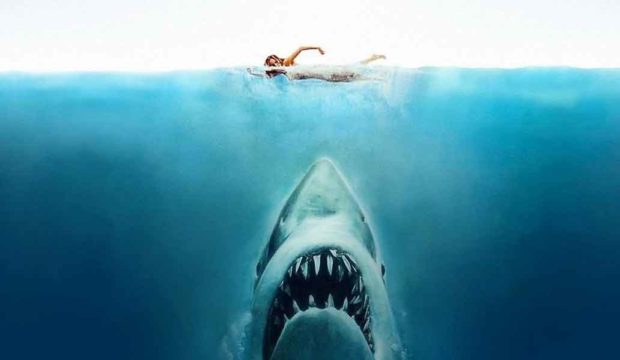 A worrying chart below…but first an update on my sojourn in Uruguay.

Yesterday morning, a large group (pod?) of dolphin swam along in front of the beach. We reckoned there were at least a dozen, and perhaps as many as 20. That’s to say, we think they were some kind of dolphin, but don’t know the precise name. The skin was a very dark grey, or black. (Zoologist readers are invited to make suggestions.)

The dorsal fins periodically breached the surface as they passed from right of stage to left of stage. We stood in front of the house and watched the spectacle from the wooden deck. I popped inside for a minute. Unfortunately, that meant I missed the moment when one of the creatures chose to leap fully out of the water. But my 11-year-old son witnessed it and was thrilled.

It’s not just living creatures that are here to provoke the interest of inquisitive boys. The dead play their part too. On Saturday, I went for a walk with the lad. We walked about two and a half kilometers along the beach, meaning five kilometers round trip.

Along the way, we counted the natural casualties that had washed up on the shore, each in varying stages of decomposition. “So, that’s six seals (three adults and three babies), one dolphin, one lump of unidentified flesh and bones, and two nudists”, recounted my son for the tenth time. Nature is brutal (perhaps naturism too).

Okay, so the nudists hadn’t exactly expired – at least as far as we could tell from a distance. But, at the limit of our expedition, we had just crossed over into a zone where bathers are permitted to get sunburn wherever they like. I suppose that’s a kind of living decomposition.

The following day, Sunday, we took an expedition to the neighboring town of Valizas. We’d been tipped off that there was a good restaurant there. It turned out the tip-off was correct, and we ate well beside the beach, accompanied by a jazz trio.

After lunch, we went for a walk in the rain (the latter being a regular feature of this year’s “summer”). In recent years, Valizas is a place that’s attracted more than its fair share of soap-dodgers. You know, the kind of people that believe that they’re “alternative”, but are careful to conform to the same tribal uniform as their fellow non-conformists.

Just try turning up to one of their campfires in a pinstriped suit, and see whether they’d welcome you. I doubt it. All human social tribes have their entry requirements and conventions. At least, it seems that way to me.

(I once had a hilarious night out in Buenos Aires when a group of us dressed up in suits and ties. The evening ended in a heavy rock bar, where the young, tattooed, pierced and leather jacket wearing patrons gave us many puzzled looks.)

Back to Sunday in the land of the soap-dodgers. As the rain intensified during our post-prandial stroll, the unclean ran for cover. I assume they didn’t want to risk washing off years of carefully-constructed “patina”. But, before one beach bar was closed up, we just had time to see chalkboards promoting “beer as cold as your mother-in-law’s heart”, as well as various cannabis products, such as “psychedelic brownies”.

Uruguay legalized marijuana a few years ago. The President at the time said it was a pragmatic move, since a lot of people smoked it anyway. But he also said he didn’t want it to become a destination for drug tourists from overseas, as has happened in the Netherlands. So the idea was to sell limited amounts of dope only to local citizens and via government-regulated pharmacies.

On the way into the town, we had passed a police station. That was less than half a mile from where a beach bar was openly promoting weed-infused comestibles. I guess the idea of limited legalization has already gone to pot.

Today, meanwhile, it’s raining yet again. We’re planning to drive up to Punta del Diablo (“Devil’s point”), another nearby town.

Before I go face-to-face with Satan (by which I mean the local craft market, which my daughter is keen to peruse), I wanted to share a chart with you. I came across it last week. It’s quite nerve wracking, when you think about it. At least, I think so.

What it shows is how the US Federal government interest expense is set to explode higher over the next decade and beyond. This isn’t according to some doomster. It’s according to the Congressional Budget Office (CBO).

What this shows is the government interest cost going from less than 1.5% of GDP now to over 3.0% of GDP within a decade, and continuing to rise beyond that. That’s negative compounding in action, about to do its worst. Put another way, assuming no corrective measures, it would add another couple of GDP points to the already substantial budget deficit. That’s even without any politicians finding new ways to buy votes.

The Federal debt load has ballooned over the past decade or two, as all governments ran big budget deficits. But the cost of servicing that debt was kept in check by ultra-low interest rates. The reason that the interest bill is now set to explode is two-fold.

On the one hand, US government budget deficits remain high (5% of GDP is expected this year). That means the debt pile will continue to grow, as the government borrows new money to plug the budget gap.

At the same time, trillions of dollars of the existing debt are piled up at the short end of the maturity curve. That means a vast amount of debt will have to be refinanced within a few years. Much of that debt was issued at ultra low rates over the past decade.

When a government bond matures, money must be paid back to bondholders and re-borrowed by issuing new bonds. And, assuming interest rates continue to normalize to something a point or two above inflation rates, a lot of the new debt will pay a higher coupon than the retired debt that it replaces.

Actually, there’s a third factor too in this interest cost spiral. Quantitative Easing (QE) – the process whereby the Fed printed trillions of dollars to buy bonds – provided free financing to the government (at least when the money went into treasury bonds, which most of it did). Interest paid to the Fed, as the bondholder, was later repaid to the Treasury department. Hey presto. Free money for the government!

(Unsurprisingly, this detail hasn’t been highly publicized. It runs the risk of destroying the delusion that QE didn’t fund government with printed money.)

QE is now dead in the US…or, at least, taking a rest. It’s been replaced by Quantitative Tightening (QT), whereby the Fed is selling bonds progressively and “un-printing” money. Those bonds are sold to real investors. Real investors expect an income on their bonds. The government has to start paying up again, on the bonds that the Fed sells.

Of course, it’s not just the US that faces such issues. I expect most developed countries will see their interest costs explode in the coming decades. How will governments cope?

Cut spending? Nope, that loses votes. Raise taxes on corporations? Probably, although consumers pay in them in the end, as the taxes are added to prices. Raise taxes on the wealthy? Almost certainly, as that group has plenty of money and few votes. Resort to printing money? Yes, that too.

Argentina’s unforced history of decades of financial and political crises is prelude to what’s going to happen in most advanced democracies, sooner or later. At least, that’s my working hypothesis.

“Tiburón! Tiburón!” (“Shark! Shark!”) cried a woman on the beach, rapidly scooping her kids out of the water. It was a false alarm. The dolphin were back. We had a giggle. No one has ever seen a shark here.

Maybe the endlessly deteriorating state of developed country public finances is no big deal and will work itself out? Perhaps the projections of a huge spike in government interest costs will be dealt with, and there’s no need for alarm?

But, just like a good mother with her offspring, it pays for us to be vigilant guardians of the investments that we foster. Charts like that above convince me that every portfolio should make some space for gold, preferably of the physical kind (coins or allocated bullion). One of gold’s roles is as insurance against financial catastrophe.

I continue to recommend a 15% allocation to gold. Shark attacks are sudden and unexpected by most people, as are most currency and debt crises. It’s better to be prepared and only suffer false alarms than to be unprepared and suffer the real thing.