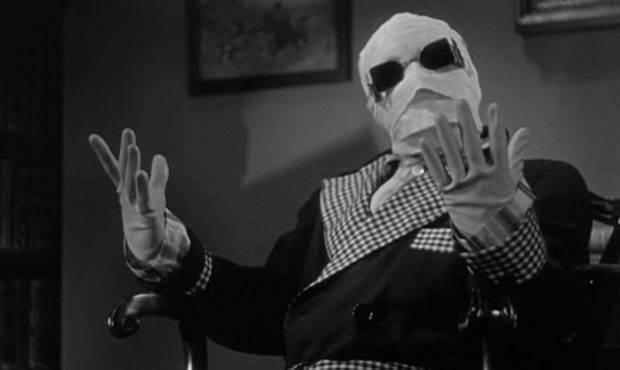 Just like the universe, securities markets are constantly expanding. There’s an ever expanding amount of investment capital looking for a home as well. The market makes sure that everything’s kept in balance, usually. But the supply of securities is actually contracting these days, at least in developed markets. It’s no surprise that so many stocks and bonds are richly priced. Emerging market stocks could benefit.

Each year trillions of dollars worth of new bonds and stocks – and the mutated derivatives of both – are brought into existence. At the same time many are consigned to history (bonds mature, companies are bought or go bust).

In the usual course of events the net supply of securities increases. This provides plenty of new homes for the growing pool of investment capital that sloshes around the world’s financial markets.

As with anything else, stock and bond prices are determined by supply and demand. If there’s huge new supply, but little investor interest in what’s on offer, prices will slump. If investors are flush with cash and enough of them are determined to buy certain types of security, but supply is limited, then prices will go to the moon.

Let’s take a quick step back. To understand what goes on we need to know what drives the supply of and demand for securities. Here’s a quick summary of most of it:

That’s more or less it – at least the big stuff. Of course a lot of that money is funnelled through various intermediaries. Mutual funds, exchange-traded funds (ETFs), pension administrators, fund managers, hedge funds, and whatever other fee machine the financial industry can come up with.

And some of it ends up in financial derivatives, which have a large and practically unlimited supply. As the name suggests, these are financial contracts that derive their value from an underlying asset, which is very often a security of some sort.

(I wrote about the huge and unwieldy house of cards known as the derivatives markets many moons ago. At some point I’ll get around to updating the figures. But for now you can still get a good sense of what’s at stake by looking here .)

With or without derivatives, many of these pools of money have restrictions – voluntary or otherwise – on what they can own. For example, corporate and public pension funds are heavily weighted to developed country securities, such as government and high grade corporate bonds and stocks. Banks, insurance companies and corporations are concentrated in government bills and bonds, held as liquidity reserves.

Usually this all works fairly well, because it’s a market. Sure, there are repeated moments of “irrational exuberance” (bubbles)…and for that matter irrational depression (overselling during a crash). But it all comes out in the wash, in the long run.

However, in recent years the new supply has become tighter and tighter in developed countries. We’ve now arrived at the point where net supply of new securities to investors has turned negative – even though there’s still plenty of new money flooding into the investment pools of demand. That’s a supply crunch if ever I heard of one.

As a result it’s no surprise that prices are extremely high – or bubbly – in so many of the developed world’s securities markets. But what’s going on? How has this happened?

It’s summarised in the following chart, which I came across recently. 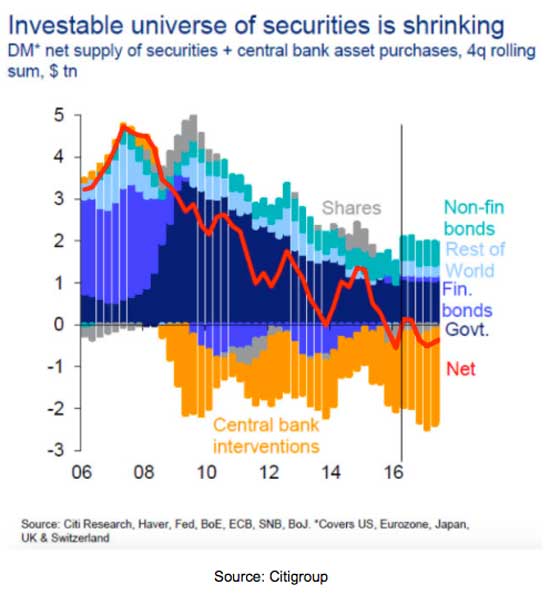 On the one hand supply has contracted sharply from the levels before and immediately after the global financial crisis of 2007-2009. The supply of bonds issued by banks – often underpinned by dodgy mortgage loans and the like – was suddenly cut off at the knees and never grew back.

At the same time there was that “other big factor” in my list that’s been reducing supply to investors. It’s the massive buying by developed country central banks such as the US Federal Reserve, European Central Bank, Bank of Japan, Bank of England and Swiss National Bank – to name the main ones.

This is the process known as “quantitative easing” or “QE”. That’s when central banks create money from nothing and buy securities – most usually bonds but sometimes stocks – to prop up asset markets, and force down bond yields.

QE was/is supposed to stimulate the economy. In reality it just stimulates the account balances of anyone lucky enough to own the right securities ahead of the bureaucrats buying wave.

The net effect has been a falling net supply of new securities available to investors, even as the pools of investor money continue to grow. That’s the falling red line in the chart.

Due to this Soviet style market manipulation enlightened stimulus effort by the central banks since late 2008, we’re now at a point in developed markets where supply to investors has been mostly negative since late 2015.

As the central banks continue to crowd out investors is it any surprise that so many securities prices are sky high?

Right now it’s the European Central Bank and Bank of Japan that lead the charge, with the Bank of England and Swiss National Bank playing a supporting role. 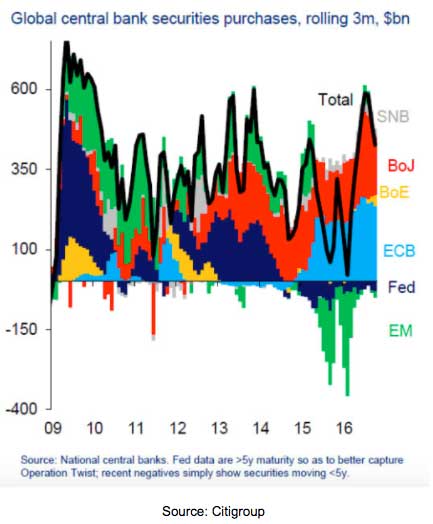 But who knows how long it will be until the others get back in the game, including big one – the Fed? Another market wobble, another recession, and Janet Yellen and Co. could easily step up from the reserves bench.

In the meantime, if there’s less and less to buy then many prices are likely to stay elevated. For example, if the European Central Bank is sucking in all or most of the supply of eurozone government and corporate bonds then European institutions and investors have to sit on cash or look elsewhere.

“Elsewhere” is most usually the US of A, which may help to explain the current bubble in US stocks (and still high prices / low yields of US bonds).

Already I get the sense that more and more investors – even in the inertia wracked institutional world – are realising the insanity of owning assets with practically guaranteed low returns. Or, even worse, actually guaranteed losses (negative yield bonds).

Some money – perhaps a lot of money – will eventually have to find new homes. At least the money that’s allowed to go elsewhere, realising that it’s being crowded out.

Those new homes are likely to be places where years of neglect have left valuations at more reasonable levels. In other words, places where the prospects for future profit are more appealing.

Any such realisation and money flow would push up prices.

Where is such a place to be found? Well, there are probably several. But surely one of them must be emerging market stocks. (For more on why, see here.)