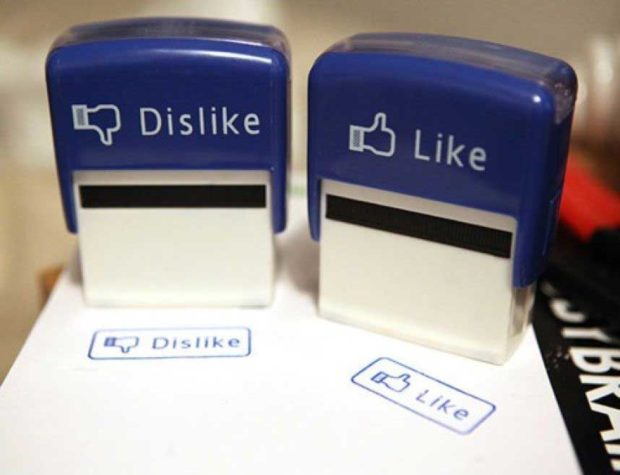 Corporate management teams at listed companies are usually desperate to prove their worth by growing their businesses. As such, a great many of them overpay to acquire other companies. Facebook Inc. (NASDAQ:FB) has just made a huge bet on a loss making company, and paid around 1,800 times sales for the pleasure. Can this possibly make sense? Today we explore the strange economics of social networks, and whether you should be investing in them.

You probably use, or at least know about, Facebook. It’s the dominant social network, used by over a billion people around the world to stay in contact with each other. It’s a useful thing, especially if – like me – you have friends and family that live long distances away, such as other countries or continents.

Facebook makes its money from advertising revenues, and is highly profitable – unlike many social networks. Users don’t have to pay for the service, but in return they are exposed to advertising paid for by companies.

“…Facebook shares trade with a P/E of 72 based on past year’s earnings and a price-to-sales ratio of 16.7. That appears high by any yardstick…”

Despite the profits, Facebook shares trade with a P/E of 72 based on past year’s earnings and a price-to-sales ratio of 16.7. That appears high by any yardstick, but the question is whether it’s reasonable given the future growth prospects.

This is a pretty speculative sector, so let’s say we want to make 15% a year to take on the risk of investing in the shares. And let’s say that in 10 years time the company moves on from its high growth phase, simply because there are few additional people interested in or able to sign up. At that point let’s assume the P/E falls to, say, 20. We’ll also assume the company continues not to pay dividends, which is a common practice at high growth technology companies.

If we want to make an average 15% a year then the share price will have to go up by a factor of 4.05, with compounding (profits on profits). But the P/E will fall to 27.8% of the current level, from 72 to 20. This means profits will have to rise 14.6 times over ten years for us to achieve a 15% a year compound investment return. That works out as 30.7% a year profit growth on average, again with compounding.

Now let’s say profits per user increase in line with inflation of 3% a year (a big assumption, but bear with me). So the number of users must rise by a still high 27.7% a year to reach the profit target. Over 10 years that’s an increase in users to 11.5 times today’s levels, assuming no real (inflation adjusted) increase in profits per user.

Current active users each month are 1.35 billion people. On these assumptions Facebook needs 15.5 billion users in 2024. No problem, right?

Well, one minor issue does spring to mind. The current global population is just 7.2 billion, including people that don’t use the internet such as young children, the sick, the infirm, the very poor or the simply disinterested. Just 2.8 billion people are actually connected to the internet, or 39%. But the population is growing, and so is the percentage of internet users, known as the penetration rate.

The highest internet penetration rate is in North America, where 85% of the population has online access. And its still growing rapidly in poorer regions of the world such as Africa (21% access) and Asia (32%). Plus the world population is expected to expand to 8 billion by 2024. So let’s, generously, say internet users reach 6.8 billion in ten years time, being 85% of 8 billion.

So Facebook would need 2.3 times as many customers as there will be internet users on the planet. There are not many certainties in life, but I’m fairly sure that this is not achievable!

Of course the optimists will say that sales per user will increase dramatically, as Facebook finds new ways to monetise the audience. And they probably will. But I doubt that will be enough.

I mean is it really likely that they will more than double the money that companies will spend to reach each user? Even assuming every single online person on the planet is a happy user of Facebook?

And won’t most of the new user base be from poorer countries with lower incomes and less money to spend than the current users from high income countries? Won’t their lower incomes make them a less attractive audience for advertising spend?

Then there’s the potential for new competition. Most people assume Facebook has already achieved quasi-monopoly status, and will keep it in future. In part II I’ll explain why I’m not convinced.

“Ah, yes” the optimists claim, “but you forgot the network effect as the audience increases”. This is the idea that a social network’s usefulness increases exponentially as each new user signs up. Part II will also explain why this idea seems deeply flawed in Facebook’s case.

I’m certainly not saying Facebook won’t achieve what it needs to justify the current share price. I’m just saying it’s a hell of a big and uncertain technology profit mountain to climb.

“For every technology mountaineer that makes it to the summit alive there are dozens of corpses littering the slopes below.”

For every technology mountaineer that makes it to the summit alive there are dozens of corpses littering the slopes below. Even those that reach the top often have little time to rest before falling down the other side.

To illustrate this, as I write the Facebook share price has fallen 8.5% over the past two days. Growth guidance was less impressive than investors generally expected. Plus the company revealed the exorbitant price it has just paid for a recent acquisition.

This combination of tepid performance and an expensive purchase looks like a classic case of a management team that has realised it can’t match growth expectations. So it goes out and buys growth, in the form of other companies. The strategic imperative to “grow, grow, grow” often – even usually – overrides the logic of paying a reasonable price that delivers value to the owners.

Shareholders’ money is sacrificed on the high altar of management vanity. This is particularly true in a place like Silicon Valley, where companies and venture capitalists can become paranoid that someone else will move on a target company with new technology before they can.

Specifically, Facebook paid $22 billion dollars to buy WhatsApp Inc. WhatsApp is an instant messaging service that you can use on a smartphone. I use it myself to stay in contact with friends and organise nights out. Just like Facebook, there’s no doubt that it’s something useful (if not essential).

As I see it, there are two major advantages to WhatsApp that make it better than text messaging.

First there’s no marginal cost to speak of, provided you have wi-fi internet access or have paid for a data service from a mobile phone company. You don’t have to pay extra to use WhatsApp. There’s supposed to be a nominal fee of 99 cents per user after the first year, but maybe this only applies to certain countries for now. I’ve been using it for over a year and certainly don’t remember ever paying anything.

Second it’s really easy to set up groups of people, such as close friends, and communicate with everyone in the group at the same time. Like so much new consumer technology, it’s of high value to the user. But that doesn’t necessarily make it a great business to invest in.

At the end of December WhatsApp had 400 million users. But during 2013 the company made just $10.2 million of sales revenues, and reported a net loss of $138.1 million. The average revenue per user was just 3 cents during the year, using average user numbers.

“This means Facebook, with it’s huge $22 billion acquisition cost, bet $55 per user, or a staggering 1,833 times sales generated per user.”

This means Facebook, with it’s huge $22 billion acquisition cost, bet $55 per user, or a staggering 1,833 times sales generated per user. Even if sales per user eventually jump to 99 cents, as more users pass the one year threshold, they still paid over 55 times 2013 sales levels.

WhatsApp is quickly being adopted by new users, and is now up to 500 million of them. They’re shooting for over a billion in a few years. Bottom line losses are probably growing too.

Whichever way you look at it, this is a huge bet on an uncertain outcome. At some point Facebook will have to work out how to make a lot more money from this business, without turning away users. The current attraction is being able to chat without the hassle of advertising.

But don’t just take my word for it. Bloomberg reports that Jan Koum, the CEO of WhatsApp, said the following recently: “For the next few years our focus is going to continue to be on growth….We’re going to focus on growth and not do any kind of experimentation with monetisation today.”

Did you get that? They’re not going to even experiment with how to make a profit for several years. In other words, they simply don’t know how WhatsApp will increase sales per user in future, or how it will turn into a profit making company. The word “speculative” doesn’t even begin to do justice to the level of risk involved in this acquisition.

So what could possibly be going through their minds? In part II I’ll looked at the notion of the “network effect” and why it’s likely to disappoint the eternal optimists that invest in shares of these companies. Or the management teams that buy them outright.