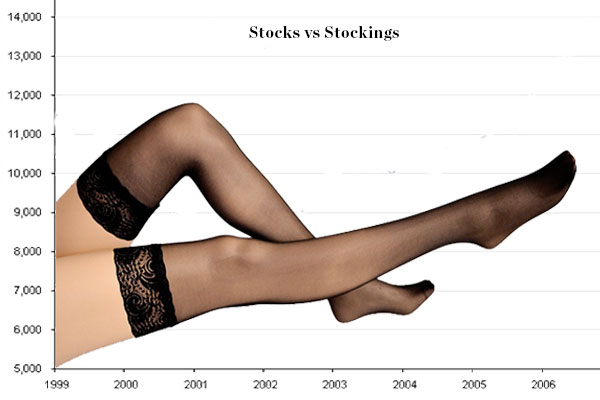 Last week your writer found himself in relatively unfamiliar territory, at an art exhibition. At dinner afterwards with my hosts I found myself sat next to an elegant woman who was an ex-model. Since I know little about art, and even less about fashion (literally, zilch), it looked like it could be an awkward dinner. We appeared set for a couple of hours of good food and wine, peppered with polite but dull small talk. Fortunately the conversation swiftly moved into more familiar territory.

My friend Mariana was visiting town and she had organised an art show. Occasionally I like to go to this kind of thing, although I make no claims about having knowledge of the art world. In fact I’m pretty sceptical about a lot of it (see here for more).

After sipping champagne for about an hour, and making suitably encouraging noises about the works on display, I was invited to dinner with my hostess, the artist and about 10 others. I discovered that the artist had been nominated for an Oscar (Academy Award) twice for his film set designs, and had won once.

We slotted ourselves into our seats in more or less random order, and I found myself next to an attractive and elegant woman. As is so common these days, this stranger seemed more interested in gazing at the comforting glow of her phone screen than interacting with the people around her.

I took my cue, and got on with the important business of ordering some wine. It looked like I might need it.

After about 15 minutes, and the first glass of wine, she suddenly extracted herself from the constant stream of incoming and outgoing messages and turned to me.

“Hi, I’m [Marco], a friend of Mariana’s.” I replied, accurately if not wittily.

At this point Mariana interjected: “Let me introduce you to each other. [Marco] is from overseas, but has been living here for about six years. Fabiana was a model and is now a TV and radio presenter.”

“Pleased to meet you.” I said. “I’m sorry but I don’t ever really recognise famous people.”

“That’s no problem. Now tell me what do you do.” she replied graciously, with no obvious sign of distress that I had no clue who she was.

“I work in online financial publishing. We write about the state of the world and try to give people ideas about what to invest in, or avoid.”

This was going from bad to worse. I’d just told a glamorous celebrity that I had no idea who she was, and that I spent my days immersed in financial gobbledegook. Fully expecting her eyes to glaze over and return to the comfort of the phone, I was surprised a little by the next question.

“So tell me, what should I invest my money in?”

“Ah, well, that’s a complicated question and depends on your circumstances. Such as how much money you have and how long you can invest it for” I explained. “But the basic idea is to buy things that are cheap and then keep them for a long time, or at least until they become expensive. But I’m glad you asked, since few women seem to show much interest in investing, for some reason. Whenever I speak at conferences at least 90% of the people that turn up are men. I don’t know why, and it’s strange given how many women have money to invest. It’s just my experience.”

We went on to talk mainly about real estate and stocks (shares). It turned out Fabiana knew a lot about physical property, having worked in marketing for a family construction business.

She made it clear that she was uncomfortable with anything to do with stock markets. This is very common. Most people that don’t work in finance see stocks as complicated.

But if you know the basics, and stay diversified, then stocks and shares are one of the best ways to keep and grow your wealth.

So what are those basics?

Even relatively sophisticated investors often forget them, distracted as they are by the daily noise of news reports and hot tips.

Stocks give you two sources of profits: capital gains and dividend income.

Capital gains are when the price rises between when you buy and when you sell. Dividend income is cash paid from company profits to all shareholders.

It really doesn’t matter whether the profits come from capital gains or from dividends. What’s important is that the total return is acceptable over time.

This is an important point, since there’s a lot of misleading analyses that claim dividends make up the bulk of stock market investor profits.

I’ve seen claims made that dividends make up 95% of the total profits from stock investments. This is total nonsense written by people who want to sell dividend income funds, or income themed newsletters.

We don’t need to get into too much detail to prove this. It only requires a few simple numbers and a little common sense.

Using figures from the well-respected Credit Suisse Global Investment Returns Yearbook 2014, the US stock market returned 6.5% a year between 1900 and 2013, on average and after inflation (“real return”). That includes dividends.

The US inflation rate averaged 3% over the same time period. So the gross return before deducting inflation (“nominal return”) was 9.5%. And the average dividend yield was 4.4% a year, also taken from the Credit Suisse study.

In other words, it’s obvious that dividends were a little under half of US stock market returns over the long run, or 46% to be more precise.

It’s a similar story in other stock markets. Anyone who claims that “most” or “almost all” stock market returns come from dividends is completely wrong.

This is not to say that dividends aren’t an important source of profits. They are. But the sensible investor will seek profits from both sources: dividends and capital gains. And capital gains are likely to be the larger part of the profits.

Those capital gains can be broken down further into two pieces. First, growth of the value of the company, in terms of annual profits or net assets. And second the changes to the market valuation multiple applied to that value of the company. By “market valuation multiple” I mean things such as the price-to-earnings ratio (P/E) or price-to-book ratio (P/B).

Investment cases, of varying quality, can be made for why such-and-such company is likely to grow and become more valuable in future. At the country index level it becomes more certain that the combined value of all the companies in the index will grow in the future, especially over the long run.

Therefore one of the easiest and least risky ways to invest in stocks is to own a range of country index funds. That means you’ll have part ownership of hundreds, or even thousands, of underlying companies.

On average, over the long run, those companies will grow in value faster than inflation, pulling prices up with them and paying dividends along the way. That said, in the short run market prices can gyrate up and down significantly, and sometimes wildly. Understanding the difference between short term market price swings and underlying value is crucial.

So how do you choose which countries to invest in?

Put simply you should buy into those indices when they are cheap, using measures such as a low P/E ratio in relation to historical levels. Over time there is a high chance that prices will rise to be in line with average historical P/E, or move above it into expensive territory. Put another way, a depressed market is more likely to go from bad to good than from good to excellent.

Again there’s no rocket science here, just common sense. Something that’s currently cheap is more likely to move up in price than something that’s already expensive.

This is why I currently favour Russian stocks over US ones (see here for more). The MSCI Russia index is up 39% so far this year, measured in US dollars, versus less than 3% for the MSCI USA index.

One day Russia will be expensive and my gaze will turn to other cheap markets. For now it remains incredibly cheap, at market valuation multiples consistent with the lowest points in the US market since 1871.

Another current possibility comes from Colombian shares, which fell like a stone last year and now look pretty attractive. There could also be an opportunity coming up in Greece, especially if the country leaves the euro and devalues its currency.

After the dinner I found out that Fabiana was a Playboy cover girl in the 1990s, amongst other things. I don’t know whether I persuaded her to invest in stocks. I suspect she’s more interested in stockings.

But whether you’re a supermodel or not there’s nothing to stop you from investing in this highly profitable asset class.

You just need to use a super, and simple, model: buy low and wait. Profits will follow.