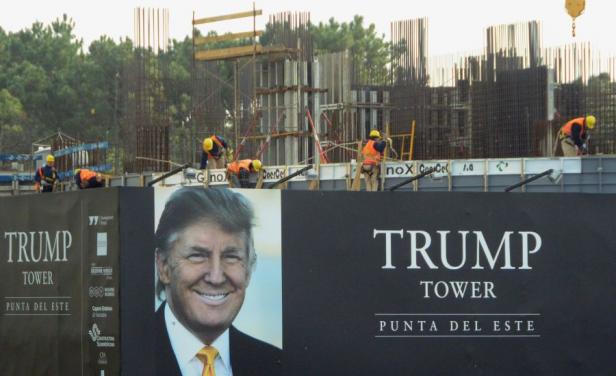 It’s summer in South America. This week I find myself in Uruguay, in close proximity to expensive supermodels and cheap cakes, both of the imported variety. The pressing issue I have to resolve is what this can possibly tell me about the state of the world.

Having returned from wintry Northern Europe last week I had a brief sojourn in Buenos Aires, Argentina’s capital city. The new government has made some swift early progress in solving its dubious economic inheritance (see here for more about the situation in Argentina).

A wide array of exchange rates has been more or less unified into one rate. Complex restrictions and tariffs on exports and imports have been relaxed or swept aside completely. People are feeling more optimistic – at least those that prefer less and not more government intervention.

The new Argentine finance minister has even set out targets to reduce inflation and the fiscal deficit over the next five years, and return the country to growth. That said, he still expects consumer price inflation of 20-25% this year. But at least it’s an improvement on the rates as high as 40% that Argentines have suffered in recent years.

The mere suggestion that someone in the Argentine administration is thinking beyond next week, let alone communicating those thoughts, is a refreshing change. Anything beyond the ultra short term didn’t really figure in Argentine economic policy under the chaotic previous administration.

Having caught up with things in Argentina it’s time to head north and eastwards. Along with my family I board a boat in Buenos Aires and cross the Rio de la Plata, surrounded by day tripping tourists from Europe and North America. An hour later I find myself in the small town of Colonia del Sacramento, a pretty little spot in southern Uruguay.

Uruguay is a small country by South American standards. It’s sandwiched between the southern tip of Brazil to the north and Argentina to the west and south. The population is just 3.4 million, of which 1.3 million live in the capital city Montevideo.

Some people refer to Uruguay as the “Switzerland of the south” due to its reputation for neutrality, stability and (ahem) discrete banks. The fact that Switzerland is less than a quarter the size of Uruguay, with well over twice the population, and littered with mountains, and land locked, doesn’t seem to matter.

Every year tens of thousands of Argentines, Brazilians and others come here to visit their money…I mean to enjoy the beaches and low crime rate…and pass time drinking coffee in the squares of pleasant little towns like Colonia.

But we’re not sticking around where we docked. There’s a six hour drive ahead of us until we reach Punta del Este, one of South America’s glitziest summer hangouts. It’s a sort of mix between Miami and St. Tropez. We’re going to spend the night there – a pit stop en route to more tranquil surrounds further east.

On the way I notice roadside advertising hoardings promoting apartments at the new Trump Towers. Beside a huge photo of the pouting, billionaire, US presidential hopeful hairdo is a promise that his latest gilded monstrosity will be ultra exclusive. So presumably that means all prospective Mexican and Muslim buyers are out of luck. “The Donald” won’t want them hanging around.

On we drive. Another hoarding grabs my eye. This time the picture looks like the famous Charging Bull bronze statue, which is near to Wall Street in New York.

Some company is promoting a “portfolio ganadero” and using the iconic but aggressive bull image to get attention. I presume this is some kind of Spanish play on words. Translated it means “cattle portfolio”. But also “ganador” means “winner” in English. I suppose they’re encouraging people to invest in some kind of cattle fund.

We’re making good progress, until a few more kilometres up the road we suddenly hit a big traffic jam. It turns out to be caused by a protest about the lack of profitability in the agricultural sector. Hundreds of farming folk have blocked the road with tractors and are waving flags, albeit in a good-natured way. I decide to give the cattle fund a miss.

We arrive in Punta del Este around 4pm. Many people are only just arriving at the beach. It’s a late-to-bed, late-to-rise culture around here during the summer holidays. A couple of vast cruise ships are idling just off shore.

During the January high season “Punta” and its surrounds attract glamorous people from around the world. The nearby airport plays temporary home to a decent sized collection of private jets. The marina is packed to bursting with huge boats of both the sailing and motorized varieties. Occasionally some billionaire will turn up in a megayacht. As always there are plenty of flashy new towers with apartments for sale. For the past decade or more this place has been booming.

Every year there is much chatter about who has been seen where and when. This year Naomi Campbell, a previously “super” international mobile clothes hanger, is one of those gracing various restaurants with her presence. I wonder in passing whether Trump would let her into his tower…or whether she would benefit from our advice on stock investing for supermodels.

Probably…on both counts. But, given that the only thing I remember hearing about Ms Campbell in recent years was about a violent outburst aimed at an underling, I’m just glad that I don’t have to hang out with people like that.

Shortly after arriving, afternoon snacks are prepared by our hosts. These include a “pan dulce”, to use its Spanish name, also known as a “panettone” in Italian. It’s a kind of light fruit cake, and very delicious.

Most of the prices in Punta del Este are extremely high, at least by regional standards. Lunch for one could run to US$50, instead of the US$15 you might pay in Buenos Aires for an equivalent meal. But it turns out the cake being offered was a bargain.

I’m informed that this it cost just 60 Uruguayan pesos, or just under US$2. It’s good for about 16 generous portions, meaning each portion costs only 12.5 US cents. That’s incredibly cheap. Perhaps unsurprisingly my host informs me that he’s just bought eight of these cakes. I happily accept another slice.

Closer inspection of the packaging reveals that the cake was actually made in Brazil. Now it starts to make sense. Since mid-2011 the Brazilian currency, the real, has lost about 60% against the US dollar.

Presumably almost all the input costs of a pan dulce produced in Brazil are local. The wheat to make the flour…the various fruits and the factories where they are dried…the cardboard, paper and plastic packaging…the labour in the factory…even the fuel for transport. Cheap currency equals cheap inputs equals cheap price on the supermarket shelves in neighbouring Uruguay.

Too often – when we talk about finance, investing and economics – we can get caught up in the abstract, and in fancy sounding theories.

You could say that a currency devaluation will boost a country’s terms of trade because the real effective exchange rate (REER) reduces to a more favourable level in relation to the issuing country’s trade partners, on a trade weighted basis, hence boosting exports.

Or you could say that the currency collapsed and the cake got cheaper.

Hmm, it looks like a crisis vacation and fact gathering trip to Brazil could be on the cards later this year. Perhaps it’s not just the cake that’s cheap. Maybe even the troubled stock market is worth a look. But there’s no rush.

Anyway, first it’s time to get out of the overcrowded and over “Trumped” gilded ghetto that is Punta del Este. Peaceful eastern Uruguay, with its rolling hills and near empty beaches, awaits.