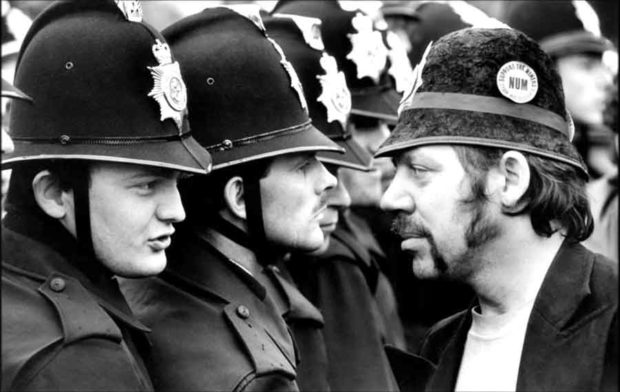 Today I want to share with you a recent email exchange I had with a reader named Patrick, who I think comes from California. It’s about socialism, populism, unions and how to turn a rich country into a poor one.

[Please note: your comments and questions are always welcomed, and I try to respond to as many as possible. It’s good to know what readers are thinking about, to learn new perspectives, and to help me to coagulate my thoughts. I encourage all readers to email me at any time at robmarstrand@ofwealth.com]

Regular readers will have noticed I often comment on the latest situation in Argentina. You may think I do it too much. But it isn’t just because I live here. It’s because Argentina is probably the world’s best case study for how to turn a rich country into a relatively poor one, due to decades of populist politics and daft economic policies.

I believe Argentina’s troubled history provides valuable insight into what the US and Europe could face in future. That’s especially if they keep digging themselves into bigger and bigger debt holes. It’s a slow process most of the time…likely to be punctuated with sharp reminders of the realities (like the global financial crisis that started in 2007).

“Appreciated your references to the strikes in Britain in the ‘70s and the general strike in Argentina, the latter of which I had not heard about otherwise.

I well remember what terrible shape Britain was in vis-a-vis unions in the ‘60s and ‘70s, and how Thatcher finally took the heat and helped the country get out of the problems they were putting it in.

I am also reminded of the words of Mises in his book Socialism on general strikes:

“The general strike has always been considered, both by its supporters and by its opponents, as a revolutionary measure, or even as the essence of revolution itself. The vital element in the general strike is the more or less complete paralysis of the economic life of the community in order to bring about certain desired ends.

How successful a general strike can be was proved when the Kapp Putsch, supported both by the German legal army and by a great illegal manned force which had compelled the Government to flee from the capital, was defeated in a few days by the general strike.

In this case the weapon of the general strike was used to defend democracy. But whether one finds the political attitude of organized labour sympathetic or not, is of no consequence. The fact is that in a country where trade unionism is strong enough to set in motion a general strike, the supreme power is in the hands of trade unions and not in the hands of parliament and the government dependent on it.

lt was the comprehension of the real meaning of trade unionism and its working which inspired the French Syndicalists with their basic idea that violence is the means which political parties must use if they want to come to power. lt should never be forgotten that the philosophy of violence, which replaced the conciliatory teaching of liberalism and democracy, started as a philosophy of trade unionism. “pp.479-480.

“No social co-operation under the division of labour is possible when some people or unions of people are granted the right to prevent by violence and the threat of violence other people from working. When enforced by violence, a strike in vital branches of production or a general strike are tantamount to a revolutionary destruction of society.”  p. 537

I doubt things are quite that bad in Argentina now, but would you agree that the unions are trying to flex their power to stop the generally pro-market reforms that the current government are trying to put in place there?”

Here is my response:

Thanks for the message and the quotes. In answer to your question, I think the Argentine union moves are motivated by three things:

However, most of the deals included a “trigger clause” which adds to pay if inflation is above target. Also, the government already said it was open to re-negotiation so the strike was basically unnecessary on wage grounds. Hence 1 and 2 are the bigger motivations in my view.

Overall the unions are far too powerful in Argentina, as in pre-Thatcherite Britain. One of Thatcher’s reforms was preventing “flying pickets” and unions striking to support their comrades in unrelated industries. Argentina needs the same reform, but I can’t see it happening unless there is a non-Peronist government with a big majority in both houses of Congress. Currently, it’s still a minority government with a weak hand (which they have actually played amazingly well so far, given the constraints).

Fortunately, I think we’re a long way from revolution or trying to forcibly remove the government. Even most of the so-called “rational” Peronists (as opposed to the more extreme Kirchneristas) want to see the government serve out its full term, and for democracy to work.

Overall, I continue to be mildly optimistic and think Argentina’s worst days are behind it. But it’s going to take a very long time to rectify 70-odd years (or more) of political and economic mayhem. Time will tell!

In the meantime, it remains a cautionary tale for what could happen in the US and EU if they don’t play their cards right. After Argentina was a rich place a century ago.

As a final note, Argentine stocks fell another 8% yesterday, in US dollar terms. I’ve previously warned how the market was massively overpriced, both due to an overvalued currency and richly priced stocks of companies with peso earnings (see here and here).

The peso has since plummeted by 42% against the US dollar, since the first of those articles in the links above. But the stocks remain richly priced. The MSCI Argentina index still had a P/E ratio of 17.4 at the end of May. That’s absurdly high for a country with inflation still running in the high 20s and big twin deficits (especially the current account deficit).

That P/E may have now fallen to the 13-15 range during June (my estimate), but it’s still too high. This is a country where the stock market should trade with single-digit P/E, as US stocks did in the late ‘70s / early ‘80s (when US inflation was in the high teens).

In dollar terms, Argentine stocks are down 47% since mid-January. But they’re still overpriced, in my view.