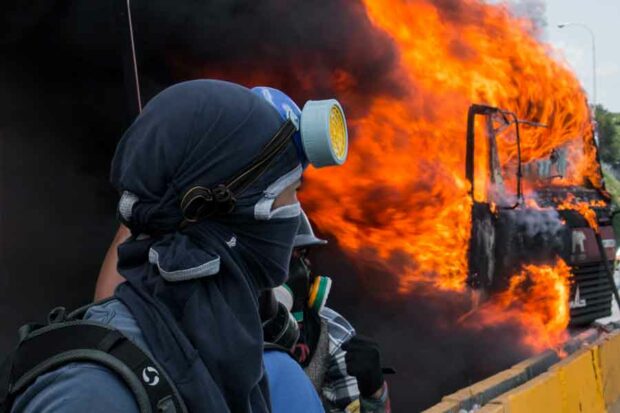 For as long as I can remember, there’s been a source of background noise at my parents’ house in England, which is where I’m currently staying. It’s known as BBC Radio 4, and is turned on every day. It provides company in the quiet of the countryside. It informs…it even entertains.

Or at least it used to. Nowadays, I just find most of it mildly depressing. Endless stories of war, murder, rape, theft, illness, corruption and any other kind of human woe…drawn from anywhere in the world (meaning no shortage of tragedy to choose from). I often turn it off.

“I was listening to that” says my mother. Back on it goes.

One theme dominates all British media at the moment: Brexit. That’s the UK’s impending exit from the political empire known as the European Union. In precisely two months from today, on 29th March 2019, it’s due to happen in some shape or form. That’s assuming no request for a delay, which is a distinct possibility given the inept and feckless political class (in both London and Brussels).

We’ll just have to wait and see what happens. I learnt a long time ago not to worry about things I can’t control. Just try to be as prepared as possible for all eventualities.

Britain, with its highly variable weather, is a good training ground for uncertainty. If it’s sunny when you head out for the day, and you don’t take a coat, there’s a high chance you’ll get wet.

Having grown up here, I pretty much always check the weather forecast, wherever I happen to be in the world. This often leads to funny looks when I turn up carrying an umbrella in my chosen home of Buenos Aires, which is usually sunny. But it’s saved me from a drenching on many occasions.

Yesterday, here in England, I drove through the nearby village. As I got close to the small primary school, I noticed a group of about twenty people in sleeveless, bright yellow, “high viz” jackets by the side of the road. What’s this? Have the violent French protests of the “gilets jaunes” already spread to south-east England?

As it turns out, no. It was just a group of young kids being shepherded along the pavement by a couple of teachers. We never had reflective clothing when I went to that school, back in the ‘70s. But, these days, people are totally paranoid about health and safety issues. In another 10 years, the kids will probably have to wear helmets before they stand up. In 20 years, I doubt they’ll even let the kids outside.

Ho hum…it’s always good to visit England, but I’m still glad I emigrated. My kids are growing up in the relative freedom of South America, in terms of their (our) day-to-day existence.

Mind you, the gold price tells a slightly different story in other currencies, many of which were weaker than the US dollar in recent years.  Gold is much nearer its all-time highs when priced in British pounds, euros, Canadian dollars, Japanese yen and Indian rupees (India is a very important gold market). Priced in Australian dollars, it’s already trading at record highs.

Venezuela and “the paradox of inflation”

Speaking of weak currencies, Venezuela is back in the headlines. After two decades, this attempt to create a socialist utopia has ended with the usual result…economic dystopia and more poverty than ever before. Price inflation was around one million percent last year.

Venezuelan oil production – the main source of hard currency export income – has collapsed by around 60% since the leftists came to power in 1999, under Hugo Chavez. Nicolas Maduro replaced Chavez as president in 2013, after the latter met his maker.

Margaret Thatcher, ex-British Prime Minister, would have had a thing or two to say about Chavez and Maduro. She pointed out the following way back in 1976, when Britain was an economic basket case (and before she was elected): “Socialist governments traditionally do make a financial mess. They always run out of other people’s money.” The three million Venezuelans that have already left their country bear witness to that sad reality.

Are we nearing the endgame in Venezuela, with a possible change of government? Let’s hope so. The alternatives mean more misery for the unfortunate people stuck there, even including the potential for a civil war.

If there is a major change, Venezuelan stocks are likely to make excellent speculations at some point. Countries with hyperinflation are subject to the “paradox of inflation”. That’s something explained by renowned investment strategist Marc Faber in his book “Tomorrow’s gold: Asia’s age of discovery”.

(Note: it’s one of my favourite investment books. Despite the title, it’s mainly concerned with global investment market history, including bubbles and busts.)

Put simply, stocks in countries with hyperinflation become dirt cheap. Prices shoot up when measured in the collapsing currency. But they collapse completely when measured in hard(er) currency terms.

In a hyperinflationary environment, investors simply can’t keep up with the rapid pace of changes. For that matter, neither can the underlying businesses, which have to re-mark their prices every few hours. The massive financial chaos makes it hard for companies to survive, and impossible to analyse companies in any meaningful way. In the end, stocks end up trading at a fraction of their long-term worth.

Since I’m away from home, I don’t have my copy of Faber’s book with me. But I recall that he gives examples of places such as Argentina, which suffered hyperinflation in the late ‘80s, and others such as Weimar Germany in the ‘20s. Investors that bought stocks at the bottom made many, many times their money in the subsequent years (say 10 times or more, to illustrate the order of what I mean). That’s measured in foreign currency terms, such as US dollars.

To illustrate the point, below is a chart of the MSCI Argentina index in the 10 years following December 1987. It’s measured in US dollars. Investors that bought the index in December 1987 made over 21 times their money by May 1992, just over four years later.

Then the market crashed, but the index was still left up nine times from the 1987 level…and then rapidly rose again. After a decade, the US dollar index return was about 18 times, which is equivalent to over 33% a year (with compounding).

Of course, what happened soon after the late ‘90s was another collapse in Argentina. The country defaulted on its debt and devalued its currency by about two thirds in 2001/2002, after digging itself into a big debt hole. But the crucial point is the huge potential for gains as hyperinflation is vanquished. Argentina achieved this with a 1:1 currency peg with the dollar after 1991 (but, unfortunately, stuck with that peg for too long and created new problems…but that’s another story).

Getting back to Venezuela, investor access is a problem. Twenty years since Hugo Chavez first got to power, there don’t appear to be any Venezuelan stocks that still trade outside the country, either as ADRs or otherwise. (Although let me know if you find any.)

But that could rapidly change if there’s a new government, steps are taken to stop the hyperinflation, and Venezuela begins to heal (both economically and socially). Some of the Venezuelan ADRs were still trading in the US until just a couple of years ago. Presumably, they could be re-introduced quite quickly, assuming a less nutty currency regime. (The alternative would be relatively hard work: namely, flying to Caracas and opening a local brokerage account.)

The Venezuelan tragedy is still unfolding. But there’s a chance it’s entering the last act. When things finally change, there could be some incredible profit opportunities for intrepid investors.

In the meantime, Venezuela’s currency meltdown is another reminder of the enduring value of gold. Even property owners get nailed during a hyperinflation, as their rental income becomes worthless. And it’s not like there are many real estate buyers around in such an environment, so owners can’t extract value that way either. But, gold coins remain valuable and easily tradable in even the most extreme circumstances.