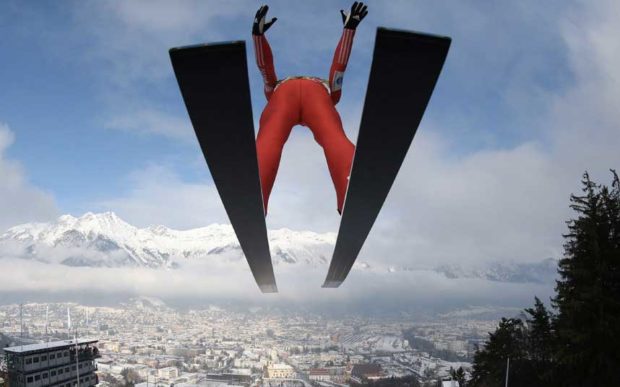 Imagine a very high income country with low debts, huge financial assets, substantial natural resources, and massive twin surpluses (budget and current account). If that already sounds unlikely then add in a cheap stock market as well. It just doesn’t sound possible. But one such country exists. That country is Norway, probably the richest country in the world. And it’s on sale.

Norway sits right at the top of Europe. In northern parts of Norway there is practically no daylight in winter and no night time in summer. The country is famous for its beautiful fjords, its fish, the fearsome Vikings of old and its success in winter sports. In fact the oldest ski discovered in Norway dates back to 5100 B.C.

The Norwegian population is just 5.1 million. But those lucky few enjoy the second highest GDP per capita in the world, equivalent to US$97,013 in 2014 according to the International Monetary Fund (IMF). That’s just behind Luxembourg, 11% greater than 4th placed Switzerland, a huge 78% more than the 10th placed USA, and over twice the amount of industrial powerhouse Germany.

Norway has enjoyed, and continues to enjoy, a natural resource bonanza from North Sea oil and gas. The first oil was struck in 1969 and production is expected to last another 60 years.

Government debt is low, at just 30% of GDP, and has been falling in recent years.

Government debt is low, at just 30% of GDP, and has been falling in recent years. This is a far cry from the vast and growing debt burdens shouldered by almost all developed “rich” countries.

Last year the government ran a budget surplus of 12.5% of GDP, which is staggeringly high. It’s the stuff that other countries can only dream of.

Norway also had a positive current account balance of 11.6% of GDP, mainly due to oil and gas exports. It’s the world’s 5th largest oil exporter and 2nd largest natural gas exporter. Other important industries include shipping and shipbuilding, fishing, fish farming, and forestry.

In terms of wealth and financial strength that already sounds pretty amazing, right? But it gets even better.

In 1996 the government decided to start a sovereign wealth fund, now known as the Government Pension Fund (GPF). All government income from the oil and gas business gets paid into it. That comes from the taxes on oil and gas production in Norway, plus dividends from the government’s 67% stake in Statoil, the main oil and gas company, which also has extensive operations outside Norway.

The GPF has now swelled to the equivalent of US$878 billion, and is set to continue growing for many decades to come. All its investments are made outside of Norway and are currently split between 60% in equities (stocks and shares), 35% in fixed income (bonds) and 5% in real estate. The investment aim is to make a real (after inflation) return that’s greater than world GDP growth, without excessive price volatility.

This massive fund is owned by the Norwegian people and their descendents. Its purpose is to provide for future generations of Norwegians. Its continued existence is strongly supported by broad consensus across the political spectrum.

…the oil and gas won’t last forever. They could have blown the money… Instead they decided to put aside substantial money for the future

Basically the Norwegians have very sensibly faced up to the reality that the oil and gas won’t last forever. They could have blown the money on tax breaks or other short term sweeteners. Instead they decided to put aside substantial money for the future, for when the hydrocarbon bonanza runs out.

Also the GPF is six times as big as the government debt. Put another way, Norway has net public assets of 146% of GDP. Norway’s finances are like a mirror image of the massive liabilities owed by most developed countries.

The richest country in the world

Once you combine the huge net assets with the extremely high GDP per capita I believe it’s accurate to describe Norway as the richest country in the world. No other country has such rock solid finances.

Norwegians have chosen to leave a valuable legacy to their children, grandchildren and later generations. This is in stark contrast to the massive legacy of debt being handed down by most developed countries.

Despite the rock solid finances, the country’s currency, the Norwegian krone, can be volatile. This is because it’s often used by currency traders to speculate on price movements in oil and gas markets. And this is what currently presents us with an opportunity to invest in Norwegian stocks.

Last year the price of oil collapsed. Below is a chart of Brent crude for the past 18 months, which shows the price fell almost 60% between June 2014 and January 2015, to below US$50 per barrel. Since then it’s recovered some ground to US$63 per barrel. 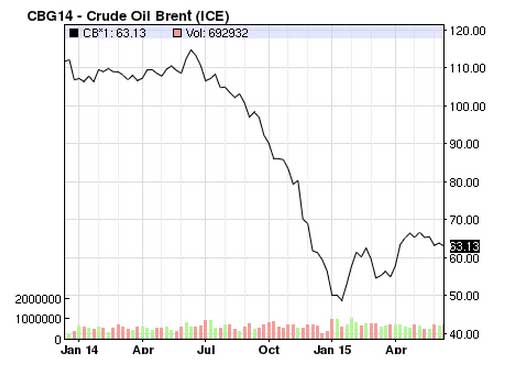 This has left the krone down over 20% against the US dollar over the same period. In fact the krone is now trading near its lowest level against the dollar for 13 years, as shown in the following chart. 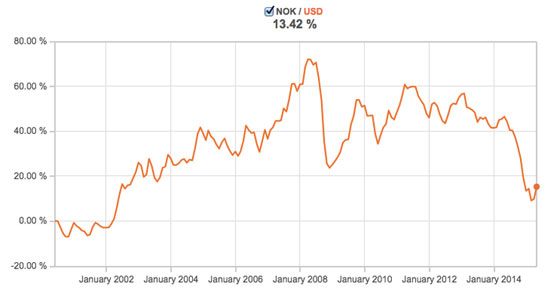 Over that time the USA has had massive twin deficits, spiralling federal debt and rampant money printing. At the same time Norway has been salting away vast amounts of money into the GPF and running twin surpluses. Eventually we should expect the krone to gain substantially against the dollar…again (see 2005 to 2014 on the chart).

In turn, this fall in the currency has made Norwegian stocks more attractive. The MSCI Norway index, which is measured in US dollars, is down 28% over the past year. But over the longer run Norwegian stocks have been great performers.

This next chart shows that the MSCI Norway index was up by a factor of just over four between May 2000 and May 2015 (blue line). By comparison the MSCI USA index rose less than half as much, by a factor of just under two, over the same period (not shown on this chart).

This recent fall in Norwegian stocks, combined with a long track record of strong market performance and incredibly strong finances at the country level, make me believe that now is an attractive time to buy.

There are a couple of exchange traded funds that offer easy access to Norwegian stocks. These are the Global X MSCI Norway ETF (NYSE: NORW) and the iShares MSCI Norway Capped ETF (NYSE:ENOR). At the time of writing NORW trades at US$12.40 and ENOR at US$24.44.

Both ETFs have practically identical investments, with 70% of the funds invested in the top 10 stocks. In fact the top three stocks make up 39% of the funds, being Statoil (15%), DNB ASA (the country’s largest bank, 12%) and Telenor (a mobile phone company with businesses in Scandinavia, Eastern Europe and Asia, 12%).

Both ETFs track the MSCI Norway index and have very similar price performance over time. At the end of May the index had a relatively low price-to-earnings (P/E) ratio of 10, a reasonable price-to-book value (P/B) ratio of 1.4 and high dividend yield of 4.4% based on last year’s payout.

Around a third of the index is invested in the energy sector, where earnings are expected to be lower this year than last due to the lower oil price. So the forward P/E, which uses estimated earnings for this year, rises to 12.7. With lower profits dividends could fall as well, perhaps into the 3.5% to 4% range. But that’s still highly attractive income, on top of any future capital gains.

At this level, Norwegian stocks looks like a good long term investment even if nothing changes. But if the oil price continues to rise then there will be both a recovery in oil profits and a bounce in the krone. Stocks would bounce as well, measured in US dollars. 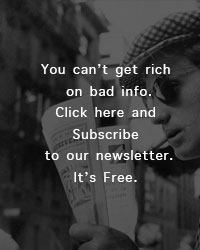 There’s not much to choose between NORW and ENOR, given their near identical investments and similar fees (NORW charges 0.5% a year, ENOR 0.53%). But I recommend NORW as it’s the larger and more established ETF. It has US$93 million of assets, compared with US$27 million for ENOR.

Of course anything could happen to prices in the short run. Oil could fall again, although I wouldn’t expect it to be a big move after last year’s collapse. But in the long run it’s likely to rise again, one way or another.

And at the other end of Europe there’s Greece’s looming debt default. That could cast a shadow on financial markets in general until the situation is resolved, one way or another.

But I reckon it’s time to start building a position in Norwegian stocks. You should wait a week or two to see what happens in Greece and then start buying. This is a rare opportunity to invest in the richest country in the world at a sensible price.