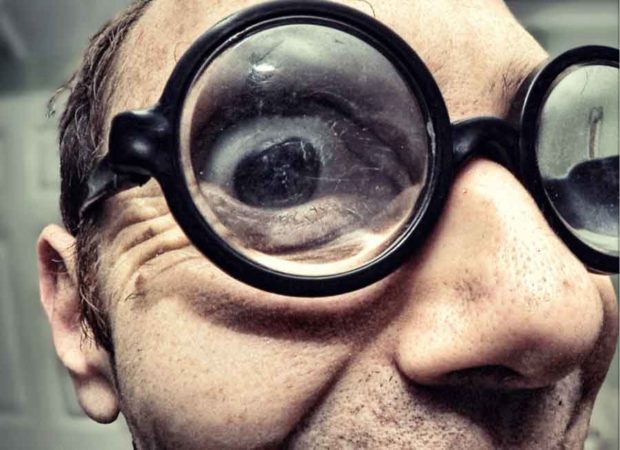 The USA enjoys a massive privilege that keeps it afloat. It’s the US dollar, still by far the world’s favourite reserve and trade currency. But this privilege is being abused. In the latest case, a US court has effectively ordered a foreign government to break its own laws. But this time it’s not some tinpot territory that’s in the sights of bullying prosecutors. It’s China. This is the latest development to speed along the dollar’s demise.

The saga dates back to 2010. The purveyors of certain expensive garment brands, including Gucci and Yves Saint Laurent, started a lawsuit against Chinese makers of cheap counterfeit goods sold in the USA.

So far so good. If someone owns a bit of intellectual property – such as a brand for overpriced body coverings – then they are perfectly entitled to sue anyone that rips it off.

China is well known for producing huge amounts of brand knock-offs. When I lived in Hong Kong I was regularly dragged around various flea markets by ladies in search of fake “Louis Vuitton” handbags, silk “Hermes” scarves, and such like. The haggling over prices was especially aggressive and fun, usually ending at around 30% of the already-low starting point.

If nothing else these experiences taught me that the Chinese are true capitalists at heart. As communism has been rolled back they’ve seized the opportunity to go out and make money (as is happening in most developing countries around the world – see here for more).

Personally I’ve never understood the appeal of branded clothes or other prominently labelled goods that attach to the person. If a company wants me to act as a mobile advertising hoarding then they’d have to pay me, not the other way around.  (See Million Dollar Bag Ladies for more thoughts on the dangers of excessive consumption, and how to live better for less.)

But I know there are plenty of people around the world who seem to enjoy being branded, not least many Chinese. During my time in China I saw several people who had left the sales labels sewn onto the outside of their designer suit sleeves, instead of cutting them off. Presumably this was so that no one was left in doubt as to how much they had spent.

Let’s get back to the lawsuit. It seems that the Chinese companies accused of selling their counterfeit wares in the US have accounts at Bank of China. This is the most international of the “big four” Chinese commercial banks, which are majority owned by the Chinese government (see here and here for more about the big four).

The claim is that those Chinese companies transferred their money out of the USA through Bank of China’s offices in the US, passing it to accounts within China. As part of the lawsuit a US court has ordered the bank to disclose details of those Chinese accounts.

But there’s a massive catch. Revealing Chinese bank account details to a US court would break Chinese law. Yet if Bank of China doesn’t comply by 8th December it will be ordered to pay what the judge called a “coercive fine” of US$50,000 a day.

Effectively a US court is going to impose a fine on a Chinese government entity for not breaking the law in China. This has to be the stupidest thing that I’ve heard all year, in a year not short of stupidities (plus ca change, plus c’est la meme chose, as the French might say).

This is the just the latest classic example of US legal overreach. That’s where the US government or US courts attempt to impose their rules in places where they have no jurisdiction. And most of the time the lever used is abuse of the US dollar privilege, and its place in the global banking system.

Whether or not someone broke US intellectual property laws is irrelevant here. And remember, it’s not Bank of China that was alleged to break the law in the US, but some of its customers.

It’s truly bizarre to think that an organ of the US – or of any other country for that matter – believes it has the right to order a foreign government to break its own laws.

In the meantime Bank of China finds itself in limbo between the jurisdictions of two countries. It’s damned in China if it illegally coughs up the Chinese account data, and damned in the US if it illegally doesn’t.

The key reason the US can exert pressure in this type of case is that the US dollar is used throughout the world for trade and investment. There is practically no bank in the world today that doesn’t have to process dollar transactions.  (See here and here for more about the US dollar’s current prominence but steady decline.)

Failure to comply with US rulings and fines results in could result in loss of US banking licences, or having the ability to process dollar transactions anywhere in the world (the mechanics of the latter are dull and technical so I’ll spare you the details).

In most cases either sanction would destroy large parts of the banks’ businesses. So eventually they cave in, pay up, and promise not to do it again.

We could debate the rights and wrongs in this and other cases of US overreach. But that would miss the bigger and more important point. People around the world are sitting up and taking notice.

In other words, more and more people are looking for ways to bypass the US dollar and the US banking system, for instance by trading using Chinese renminbi yuan. There are some high profile cases that have hit the headlines.

In the future hundreds of billions of dollars of Russian natural gas and oil will be sold to China with prices set in renminbi yuan. China is busy helping many countries around the world to do the same in their bilateral trade dealings.

But it’s not just the mega deals that matter. I see it happening on a smaller scale as well, but repeated many, many times over. Let me give you an example.

A good friend of mine is an international meat trader. I won’t name him as he asked to remain anonymous. He grew up on a sheep farm and has been in the meat business for years. As such he acts as a broker between the world’s wholesale buyers and sellers of flesh, facilitating the shipment of containers for carnivores.

Typical shipments include Paraguayan beef sent to Taiwan and Brazilian chicken feet transported to China. Once he told me about a load of Mexican horses’ rectums that he was moving. Apparently they like to fry them in Kazakhstan.

Just this week my friend told me something seemingly small but actually highly significant. He had just sent a container loaded with beef from New Zealand to China. There’s nothing new there. But, for the first time ever, the buyers had paid using Chinese renminbi yuan. Usually Chinese buyers prefer to pay in dollars because they can get cheaper financing that way.

My friend reckons that as soon as interest rates for dollar and renminbi loans move closer together there will be a big switch out of dollar financing by Chinese buyers. In other words they’ll want to pay using renminbi yuan.

With renminbi yuan rates set to fall due to a slower Chinese economy, and dollar rates set to rise from their record lows of recent years, this may not be too far away.

My friend may be just one cog in a single (important) business that supplies China and the world with food. But presumably there are a great many other sectors that are heading the same way. There’s no shortage of people groping for an exit from the strict confines of the US dollar and its overlords.

The dollar may be strong right now but that’s not something that the US government should bank on indefinitely. Especially as the country continues to abuse its dollar privilege and drive people away.

One day, a few decades from now, historians will look back and wonder how they could have been so short sighted. Stupid, even.

BanksChinaCurrenciesGovernmentUSA
Previous ArticleHow do you know if you’re rich?Next ArticleThe people that get paid just to breathe