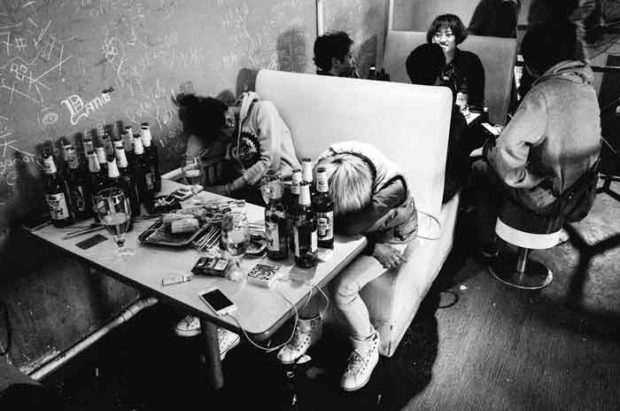 Mainland China’s stock market is large but still immature. It’s the hulking teenager of the financial world. And just like all teenagers it’s prone to hormonally driven mood swings. As the latest Chinese stock bubble bursts the Chinese are learning that their market still needs to do some growing up.

As you know, China has seen massive and rapid growth in its private business sector over the past couple of decades. I once had a business meeting with a guy in Beijing who had built a company, in just a decade, that already employed 2,000 people. And that meeting was 12 years ago. I expect his business is much bigger now.

Having a stock market is still a relatively new thing in China, at least for the people around today. The Shanghai Stock Exchange was reopened two and a half decades ago, in December 1990. That was after being closed in 1949 after the communist revolution. Capital markets and communism are rarely seen in each other’s company.

Since the relaunch it’s only roughly the last 15 years that really count. Before that the market was too small and insignificant to really matter. Nowadays the Chinese stock market is young but worth trillions of dollars.

In other words, the domestic Chinese stock market should be seen as a big, hulking teenager. It’s awkward in polite company, prone to mood swings and still unsure of its place in the world. It still has a lot of growing up to do.

Since 1990 there have been at least two major bubbles in Chinese stocks. The last one was eight years ago, before the market was even an adolescent. It was like a young kid that got a sugar high at a friend’s birthday party.

That bubble peaked in October 2007, after stocks rose 576% in under two years before crashing 72% over the following year as the sugar buzz faded. The net result still left the market up 87%, but late arrivals lost a fortune.

A more recent Chinese bubble is now bursting. This time our market is a teenager that’s gone out and got drunk for the first time. Now the hangover begins.

Admittedly this bubble has been less extreme in size than the 2007 one. But it also happened over less time. Chinese stocks were up 148% between 18th July 2014 and their peak on 10th June this year, a period of less than 11 months.

Since 10th June the market is down 32%, at the time of writing. That still leaves it up 69% since July last year, but it could fall much further.

The following chart shows the CSI 300 index of A-shares since 1990. A-shares are traded inside China on the Shanghai and Shenzhen stock exchanges, and priced in renminbi yuan. You can clearly see the speculative 2007 bubble and aftermath, and the ongoing implosion of this year’s slightly smaller re-run.

Of course the Chinese authorities are doing the worst thing possible – artificially trying to prop up prices. They’re understandably worried about their child, the stock market. But instead of punishing him for his bad behaviour they’re just doing their best to make him feel better about his mistakes.

Money is being pumped in by the state, securities companies have been leaned on to pump in their own money, new share listings have been frozen to limit new supply, short selling has been banned, and pension funds have been ordered to stop selling as well.

So far their efforts have been in vain. The hangover continues to get worse.

Before the price peak there had been a lot of speculation that MSCI, the big provider of stock index benchmarks around the world, would include Chinese A-shares in its MSCI Emerging Markets index.

If they had been included in the index then huge numbers of global fund managers that track it would have had to buy massive amounts of A-shares.

But MSCI announced on 9th June that A-shares would remain excluded for the time being. The market peaked on 10th June and has been heading down pretty much ever since. MSCI’s decision and the start of the crash are closely linked in my view.

Speculative financial bubbles are nothing new. Prices fly to ridiculous highs…the media winds itself into a frenzy of excitement…and otherwise sane people get suckered into paying huge amounts for “assets” that are often worthless.

Technology may change and advance with time, but human nature is a constant. Many, many people are greedy, gullible, and prone to mob behaviour. It’s happened again and again in the past and will continue long into the future. The Chinese have just rejoined the party after stepping out for a few decades.

But by knowing a bit of history we can protect ourselves from being fooled the next time a bubble comes around. Here are just a few of the most famous speculative bubbles from the past:

For many hundreds of years – and possibly longer – new countries and new generations of speculators have occasionally lost their minds. Shortly afterwards they have lost their shirts.

People in China are still learning – or relearning – old lessons about the risks of speculation in financial markets. What goes up too far and too fast will almost certainly return to Earth with a bump.

I wrote this about the Chinese stock bubble on 30th April: “The problem with trying to hitch a ride during speculative frenzies is that you never know when everything will get thrown into reverse gear.”

The A-share market kept going up for six weeks after that. But now it looks like “reverse gear” has been firmly selected. Sure enough, the bubble is bursting.

At that time I recommended a relatively low risk way to invest in China that was “likely to be a rewarding long term investment”. That was the First Trust China AlphaDEX Fund (NYSE:FCA).

Although FCA invests in Chinese companies, the shares are traded outside mainland China, mostly in Hong Kong. Those shares weren’t trading at the bubble levels seen in the mainland markets. And the Hong Kong Stock Exchange is no spotty youth. In fact it’s been going since 1891.

In the short term FCA has lost ground. Since I wrote about it the price has fallen from US$30.95 to US$23.00, which is down 26% at the time of writing. But this was never meant to be a short term bet on a bubble. It’s a long term bet on a growing economy at a reasonable price.

That said, it’s never fun to see the prices of your investments fall. But, on the other hand, in this case it means that something that was already good value is now great value. By my calculations the fund has a P/E of 7.1, price-to-book ratio (P/B) of 1.0 and dividend yield of 3.4%.

That’s really cheap for a basket of profitable and growing companies. And in the long run it’s the relationship between the price paid and the underlying value of the assets that really counts. I suggest you buy some. And if you already own FCA, then buy some more.

Just be aware that prices of mainland Chinese stocks traded in Hong Kong could fall further in the short run if stock prices in the mainland keep falling. And even if they don’t, they could take quite a few years to rise to their true value. This is an investment for the patient and mature.

The Chinese teenager is still sulking. But it’s all just a part of growing up.