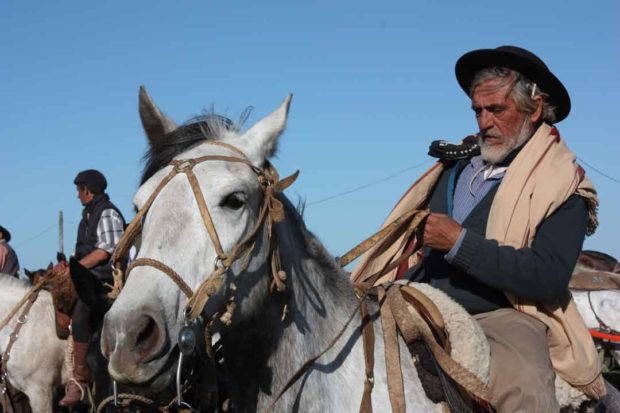 Barack Obama and his entourage will sweep into Buenos Aires this week. That’s the first state visit of a US president since Bill Clinton put distance between himself and Monica Lewinsky in October 1997. In between hosting foreign heads of state, the new government on the south bank of the River Plate is making swift progress with economic reforms. Is it time to invest in Argentina?

Obama’s visit highlights how foreign leaders and their governments are showing a friendlier face to Argentina these days. He follows on the heels of French president Francois Hollande and Italian prime minister Matteo Renzi, both leaders of countries with close cultural and business links to the country.

But the USA is obviously still “the big one”. Argentina needs foreign investment, and the USA is an obvious place to look.

Back in November I asked the question: “Argentina: great opportunity or up the creek?” Mauricio Macri had just narrowly won the presidency, but he had inherited a severely damaged country.

After just over 100 days in office, it’s worth checking on initial progress. Is it time to invest in Argentina?

Macri’s government is tackling the problems head on, and at a rapid pace so far. But 2016 looks set to be a difficult transition year.

One of the new government’s first steps was to unify the complex array of exchange rates. As the previous article in November explained, there was a big difference between the artificial official exchange rate and the market rate. This created all sorts of distortions and complications in the economy.

As just one example, the old regime was highly punitive for exporters. If someone wanted to export, say, soybeans they’d be paid overseas in US dollars. They were then forced by the government to convert those dollars into pesos at the artificially low official rate, and within a narrow time window. They received 30-35% fewer pesos than the market rate, which amounted to a huge de facto export tax.

But that’s now gone. The official rate has been harmonised with the market, and there are now around 15 pesos per US dollar, officially or otherwise. That consistent with black market peaks reached in both 2014 and 2015.

Just getting rid of the currency restrictions has delivered massive benefits for producers of exported goods – whether they’re farmers, miners or manufacturers. But the government has gone further.

Many exports also had explicit export tariffs on top. The previous government – in vain attempts to counteract the price inflation of its money printing policies – was killing exporters to try to keep a lid on domestic prices. The country suffered as a result, and inflation raged in any case.

Already the export taxes on mined resources, beef, corn (maize) and wheat have all been removed completely. The tariffs on soybeans will be phased out over several years.

Taken together, the removal of the de facto exchange rate tax and the export tariffs means that exports are likely to soar over time. That will bring much needed dollars into the country.

As just one small example, I have a friend who’s an international meat trader based in New Zealand. He pretty much stopped buying in Argentina in recent years – it was just too hard. But he’s already started buying more Argentine meat since the change of government.

But it won’t all happen overnight. Building a new mine, or breeding up the cattle herds after years of depletion, takes years not weeks.

Also, the government has been laying off people on the bloated public payroll in large numbers. Not least because the new management discovered that there are many thousands of what the local people refer to as “ñoquis”, named after the Italian potato pasta gnocchi.

This food was traditionally eaten on the 29th of each month. The ñoquis are phantom employees who don’t actually do anything except collect a pay cheque once a month. In many cases they don’t even have a desk to pretend to sit at.

Putting people on the payroll in this way was a means for the previous government to extend patronage to low level supporters: members of the flag waving rent-a-mob.

Putting people on the payroll in this way was a means for the previous government to extend patronage to low level supporters: members of the flag waving rent-a-mob.

Large amounts of money flowed into better connected pockets as well. Videos have emerged recently of business people, closely connected to the highest levels of the previous Kirchner regime, counting out stacks of money amounting to several millions of dollars. And not just once, but many times.

The wheels of justice are beginning to turn in earnest as the evidence mounts in numerous corruption cases. Macri has made it clear that looting the country won’t be tolerated under his government.

Then there are the government subsidies. Electricity tariffs were capped for years, and consumers’ bills were subsidized as well. More populism, more intervention to control inflation.

The result: utility companies had insufficient funds to invest in infrastructure…demand was artificially high and wasteful due to low price…and the government had a huge and ever-growing subsidy bill.

So electricity bills will rise by 300-700% almost immediately, and gas prices will follow. That sounds like a lot. But I know of one person who pays the equivalent of just US$3.50 a month for electricity. If it goes up eight times it will be US$28 a month, which is still cheap by practically any benchmark.

And then there are the “holdouts” or “vulture funds”. These are owners of defaulted Argentine debt, led by US hedge funds, who have refused all previous payout offers. The issue has been dragging through New York courts for 15 years.

Until the claims are solved then Argentina can’t borrow money in international bond markets. And the new government would like to borrow to invest in neglected infrastructure.

So, taking a pragmatic stance – unheard of under the kirchneristas – it has reached a deal with the vultures. The Argentine congress has already approved the deal by a large majority – after a marathon 20 hour debate. Only the senate’s approval is now needed, and most people expect it will get through.

Macri has made significant progress in his first 100 days, and proved his ability to get things done despite his minority in congress. But there is still much pain ahead.

Inflation has actually risen initially, reaching 8% for just the first two months of the year. At that rate it would hit 50-60% for the year as a whole. But expectations are for a sharp fall in the second quarter.

Unemployment has been rising too, especially in the construction sector. Hence the urgency of attracting investment from overseas in general, or from Argentines with substantial offshore funds (which is to say, pretty much every wealthy Argentine).

This year looks set to be a year of uncertainty, with many twists and turns. Social tensions are likely to be high as privileges are removed and reforms kick in, but before they bear fruit.

What of the stock market? I had lunch last week with a local contact, Diego Martinez Burzaco. He’s the senior economist and market commentator at local investment service Inversor Global. In the past he’s been kind enough to invite me to speak at an investment conference that they run. We try to catch up from time to time, to exchange views and compare notes.

Diego also seemed impressed with Macri’s early progress. But he’s reserving judgement until we get into 2017. He also pointed out that the stock market is far from cheap, especially given the still high inflation rate.

I have to say I agree. The MSCI Argentina index has a P/E of 14, which isn’t nearly low enough for a high inflation environment. It also has a low dividend yield of 1.4%.

Put another way, the earnings of Argentine companies are largely in Argentine pesos, and the peso is still losing value fast. With inflation expected to be around 20-25% this year, and possibly more, I’d want the P/E to be well into single digits before getting excited. This market has got ahead of itself.

Argentina is on the right track after years of economic mismanagement. But deep seated problems remain, and there is much still to do. Despite this the stock market isn’t cheap.

Keep Argentina on your radar. But for now, it still looks far too early to invest.