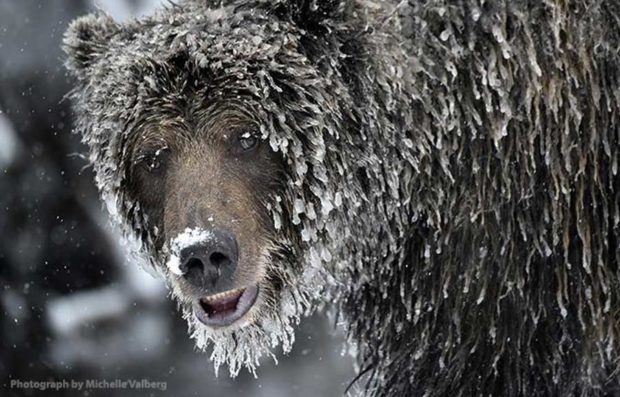 The confrontation between NATO allies and Russia is escalating fast. Russian stocks are highly attractive on a financial basis. But deteriorating geopolitics just became the primary consideration. If you own them, it’s time to sell Russian stocks.

Regular readers know that I’ve recommended Russian stocks in the past. Russian company profits are growing, the stocks are dirt cheap, and dividend yields are high. The Russian stock market has also beaten the US market over the long run, measured in US dollars (see here for more).

When choosing investments, I want the main factors to be related to business prospects and financial analysis. I don’t like anything where politics, or sudden policy moves in general, become the main determining factor.

That’s why I tend to avoid direct currency plays. They too often depend on which side of the bed some central bank governor rolls out of in the morning.

In the case of Russian stocks, the situation just switched to one where geopolitics became the main determinant of what happens. Hence, with regret, it’s time to sell Russian stocks.

Many things have happened to bring things to a head. Relations between NATO and Russia are now worse than they’ve been since the Cold War. Possibly, they’re even worse than during most of it.

The deterioration started in mid-2013, when Edward Snowden blew the lid on various US surveillance programmes. That included the bugging of leaders of countries allied to the US, such as Germany and Brazil. A lot of powerful people were embarrassed, and Snowden ended up in Russia, which granted him asylum.

From there, relations between Russia and the West have continued to get worse.

First, there was the Ukraine crisis, which still rumbles along in the background.

Next, the US (since 2014) and Russia (since 2015) got involved in the incredibly complex Syrian war, with many sides all fighting each other.

More recently, we’ve had the poisoning of a retired Russian spy in the UK, Sergei Skripal, and his daughter Yulia. After surprisingly quick finger pointing, this was followed by mass expulsions of Russian diplomats across the West. Russia reciprocated with expulsions of its own.

Then, shortly after US President Donald Trump announced that the US would withdraw troops from Syria, Syrian government troops were accused of using chlorine gas to attack civilians. At any time now, it looks like the US will launch further military strikes in Syria (maybe by the time you read this).

Worse, it could be the Iraq war all over again, meaning a full-blown, boots-on-the-ground involvement. Except, this time, it could potentially put US and Russian forces in direct conflict with each other.

That kind of scenario has huge potential to escalate, and to spiral out of control. Let’s not forget that both sides are armed to the teeth, with both conventional and nuclear weapons.

But something has really caught my attention. Certain fringe elements of both the UK political left, and of the US political right, are questioning the official narratives coming out of London and Washington.

When you have the British left and the American right agreeing on anything – let alone something as major as this – then it’s definitely time to sit up and take notice.

For example, Craig Murray, a human rights activist and ex-UK ambassador, has been digging big holes in the government line about who or what poisoned the Skripals, and now what’s happening in Syria (see his postings here).

At the same time, Fox News presenter Tucker Carlson has been taking a hard line against the US political and media elites, and their latest moves towards sending more US forces to Syria (see a short video here).

These are radically different commentators that probably disagree 99% of the time. Yet they’re both saying the same thing this time: something isn’t right.

Now, I don’t know whether either of them is correct. But, when I see that such polar opposite voices are essentially in agreement, it makes me deeply concerned that something fishy is going on.

New US sanctions this week, against companies controlled by Russian billionaires, meant Russian stocks took a pummelling on Monday. In US dollar terms, they were down 12%, being 8% from stock price falls and 3% from a drop in the Russian rouble. Some of the most affected stocks fell by 20-30%.

Relations between NATO allies and Russia continue to deteriorate. Anything could happen in Syria. Plus – let’s not forget – there’s the trade skirmish going on between the US and China, Russia’s great strategic ally these days. In addition, there’s still the unresolved issue of North Korea.

Things are getting so toxic on the geopolitical front that I now see another major risk for foreign investors in Russian stocks, and bonds too.

The big new risk for investors in Russia

How long will it be before the US, UK and perhaps other countries completely ban all trading of Russian stocks and bonds in their countries? Investments could be frozen, and investors in Russian ADRs or ETFs could find their money trapped.

This may have seemed fanciful a few months, or even weeks, ago. But, in this environment, I now consider it a real threat.

I recommended Russian stocks on 17th March 2015, when they were dirt cheap. If you’d bought the iShares MSCI Russia ETF (NYSE:ERUS) at the time, you’d have paid $24.92. In between, you’d have collected dividends per share of $2.494, net of fees.

Even after Monday’s big 12% fall, ERUS trades at $31.84 at the time of writing on Tuesday. So the total profit, including dividends, is a healthy 38% over three years.

That’s a great result, given the circumstances.

However, I now recommend banking that profit. Even if you got in later and have a smaller profit, or if it means taking a loss if you bought recently, it’s time to get out and move on.

Many Russian stocks still look attractive on a financial basis, with their ultra-low valuation multiples and high dividend yields. But the game has changed.

As long as geopolitics, and the fast-deteriorating relations between Russia and NATO, are the biggest factor to think about, it’s not worth the risk of owning Russian stocks. Other big and sudden falls could be around the corner.

Hence, with regret, I’m changing my position, and preparing for even more bad news. Sometimes, as an investor, the fundamentals change for the worse and you just have to accept it. This is what’s happened in this case.

It’s time to sell Russian stocks…whether owned directly or via an ETF such as ERUS…at least until the dust has settled. Let’s hope it does, for all our sakes.