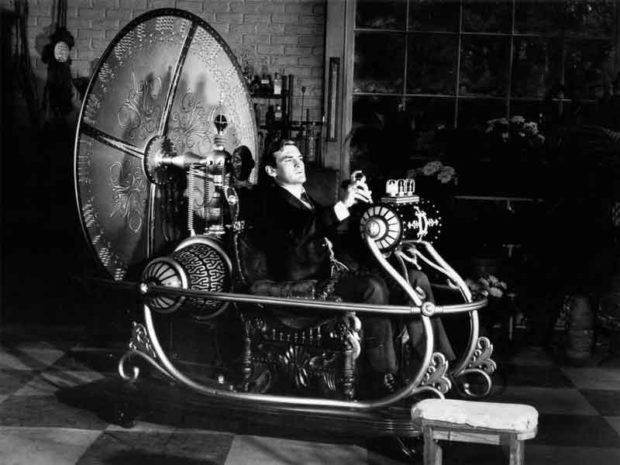 On Sunday, I flew back from New Zealand to my chosen home in Argentina. It was the third time that I’ve crossed the international date line, but only the first time that I’ve done it from west to east.

The experience was somewhat surreal. My plane took off from Auckland at 6 p.m. on Sunday afternoon, and I was delivered back to Buenos Aires at 5 p.m. on the same day…or, more accurately, the same date.

How’s that? It’s because New Zealand’s time zone is 16 hours ahead of Argentina’s. Needless to say, and despite best efforts to sleep during much of the 15 hour flight time, the jet lag was severe. Two days on and my body and mind seem back to normal.

Apart from the difference in time zones, travelling from a developed country like New Zealand to an undeveloped one like Argentina feels like a form of time travel. One day you’re in clean streets with shiny new cars. The next day it’s back to the faded charms and modest chaos of a country that’s been beating itself up for decades. Still, at least everything costs half as much.

With the trip over, it was time to catch up with what’s been going on. Let’s see…

I’ll get to the latest debacle at General Electric (NYSE:GE) in a minute (a stock that I’ve warned about before). First, a lamentably necessary look at global developments in the field of politics.

Last week saw riots outside the Congress building in Buenos Aires. Elements of the hard left and kirchneristas were trying to disrupt a debate on next year’s government budget. Things got heated inside the chamber too. No change there then.

North of the border, in Brazil, presidential elections were held on Sunday. Jair Bolsonaro, who is usually described as “far right” (although that’s a broad church), beat Fernando Haddad, his left wing opponent.

Since Bolsonaro is seen as relatively market friendly, stocks initially rallied. But early gains were soon given up. Bolsonaro’s challenge is that he has no congressional majority, so it’s unclear how many proposed reforms will actually get through. Only time will tell.

Meanwhile, over in Germany, Chancellor Angela Merkel has announced that she won’t stand for re-election in 2021. She’s already been in the job since 2005, and – as leader of the EU’s biggest economy – is one of the most powerful politicians in the world.

The decision not to run again wasn’t a surprise for most people, although perhaps the timing was. Either way, it was another reminder that politics is ever-changing. Merkel has represented stability for a long time. No one knows what comes next. This is something else for investors to ponder.

Meanwhile, the 19 countries in the eurozone are experiencing an economic slowdown. Growth in the third quarter fell to just 0.2%, down from 0.4% in the previous quarter. Italy – whose government is in a budget dispute with Brussels – saw no growth at all. Italian officials were quick to point out that this is why the government needs to increase its deficit spending (hence borrowing even more growth from the future).

In the UK, the Chancellor of the Exchequer (the fancy title of the finance minister) gave his annual budget speech. For investors, one thing stood out.

The charge is that global, online businesses dodge corporate taxes on bottom-line profits, so need to be taxed at the level of top-line sales. The European Union is discussing similar plans (at 3%), but the UK decided to get ahead of the game. This is unlikely to win new friends in Washington, since most of the affected companies come from the US.

As for the US itself, there have been reports that the administration is considering taking its trade war with China to the next level. This could involve extending 25% tariffs on all goods imported from China.

The question is whether this translates into higher consumer prices, as tariffs are passed on, or lower US corporate profits, as US importers eat the extra costs. Either could weigh on stocks. On the one hand, that’s because higher prices imply a boost to consumer price inflation, requiring faster increases in interest rates by the Fed. On the other hand, lower corporate profits obviously make stocks less valuable.

In the meantime, if the US-China trade war continues, it’s likely to benefit producers from other countries. Non-US firms will sell more into China, and US importers will try to source more products from countries other than China. Potential beneficiaries include producers based in places such as Vietnam, Mexico, Canada and the European Union.

Finally today, a quick update on a company that I’ve written about in the past: General Electric (NYSE:GE). At the time of writing, the stock is down 10.7% today and is trading at $9.97. That’s the same level that it traded at in mid-1995 (yes, you read that right).

(Meanwhile, the general market seems to have settled down…for now…with the S&P 500 up 0.3% today.) 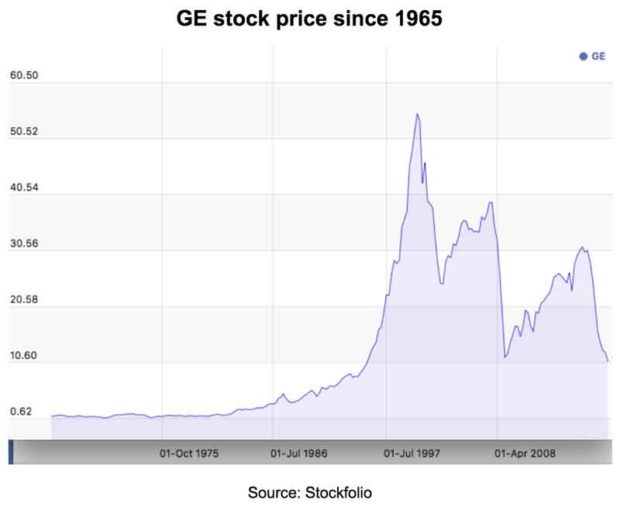 GE’s story is one of excessive expansion and financial engineering. It’s also a reminder that nothing is forever. Even companies that were once great don’t necessarily remain so. This is an essential lesson for investors to learn. Nothing is a “buy and hold” forever.

As for what caused the latest plunge, it was a very poor set of third quarter results and news of twin accounting probes by both the US Department of Justice (DOJ) and the Securities & Exchange Commission (SEC).

Also, the quarterly dividend was slashed from 12 cents a share to just 1 cent, as the company shifts its focus to bringing down its massive debt burden (at last). At 4 cents a year, this means the dividend yield is now just 0.4% a year. Long suffering GE investors don’t even get the benefit of a decent dividend income anymore.

GE appointed a new CEO on 1st October, Larry Culp. He replaced John Flannery, who only survived for 14 months. Third quarter sales fell -3.6% compared with the prior year period. Sales in the important power division plummeted, down -33%. That division will now be split into two.

The company also took a $23 billion (non-cash) write down on goodwill assets related to previous acquisitions in the power sector. This write down is the subject of the accounting probes – presumably to understand why it’s so large, or whether goodwill was overstated in the first place.

GE stock has been a major disappointment for its investors for many years. In particular, it was a popular income stock for many retirees. Those investors have now seen their capital decimated, and they aren’t even left with any income yield to speak of (at least for the time being).

Even the “dividend aristocrats” – those companies that have raised dividends for 25 years or more – aren’t immune. After all, GE was once a member of this exclusive club. I’ve written before about the dividend aristocrats that live beyond their means (see here).

GE surely won’t be the last company to severely disappoint investors that believe they own safe income stocks. Individual people that dole out more cash than they earn, year after year, eventually end up in trouble. The same is true of companies.

The latest sorry episode in GE’s story shows how no company’s brand or business reputation makes its stock immune to destruction. All investors would do well to bear this in mind.