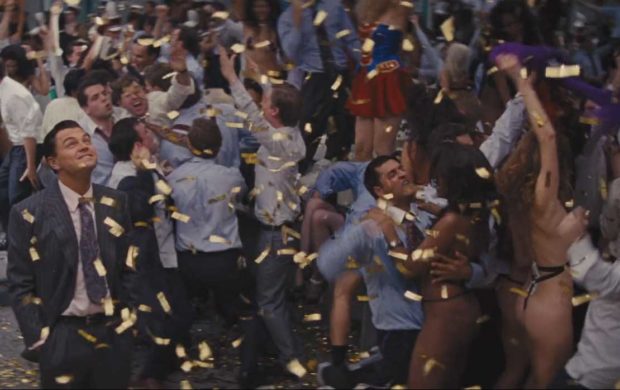 Speculative bubbles are nothing new, nor likely to pass into history. Our technology changes but human weaknesses persist. Hubris, gullibility, greed, fear…all remain firmly on parade.

Perhaps counter intuitively, one of the best indicators of future stock market returns is the price-to-sales ratio (P/S). According to John Hussman at Hussman Funds there’s a 90% inverse correlation between the historical levels of the S&P 500 index’s P/S ratio (actually the logarithm of P/S) and subsequent investor profits over a 10 year period.

In other words, the higher the P/S the lower the future returns to investors are likely to be, with a high degree of linkage between the two measures. Which is a big problem, as I’ll explain in a minute.

But first, why is the P/S ratio such a good measure in the first place? Surely there’s a whole morass of unpredictables to wade through before we get to the residual figure that really matters: cash profits after tax. Surely it would make more sense to use some sort of cash flow or earnings based measure?

However, the reality is that, when plain old sales are used as the denominator that divides the valuation fraction, there’s a surprisingly high (inverse) linkage to future investor profits. P/S beats P/E and even CAPE (Shiller P/E).

You can calculate historical net profit margins easily enough by dividing P/S by current (trailing) P/E and expressing it as a percentage. The result is E/S, which obviously enough is net margin (after tax, of course).

But enough of P/E. Today’s valuation multiple of interest is P/S and why it’s a problem. And that is because the current P/S of the S&P 500 is 2.1.

Which is to say it’s about the same level as it was in late 1999 / early 2000. You know, during maximum market euphoria. When any budding entrepreneur who could say the words “dot com” out loud would be showered with cash like a stripper at a convention of hedge fund managers.

Those dot coms were mostly over-hyped cash burners…and there’s surely no shortage of those these days. They’re just bigger now and have names like “Tesla”, “Snapchat” or “Recently Listed Unicorn Inc.”

All those hype stocks would have felt right at home during the South Sea Bubble, an earlier speculative episode in London from 1720. At that time, one company was described thus: “For carrying on an undertaking of great advantage, but no one to know what it is”. The eager punters lapped it up, just as they do to this day.

It’s worth remembering that no less than Sir Isaac Newton – who was not exactly a slouch in the brain department – lost a fortune during the South Sea Bubble. Many of his intellectual peers in the present day, even those that specialise in high finance, will find themselves in the same predicament from time to time.

So let’s get back to the here and now, and the latest opportunity to lose a packet. The red line in the following chart shows the P/S ratio of the S&P 500 since 1993. You can clearly see it’s right up there with the tech bubble peak.

Hussman’s analysis says that means investors in the S&P 500 are likely to make a negative return over the next decade. That could average as much as minus 3% a year.

Assuming 2% a year inflation – the Federal Reserve’s target – that’s minus 5% a year real return. Which is to say a total real (after inflation) loss of 40% after ten years of compounding. That would certainly be a big hit to anyone’s retirement fund.

[Incidentally the blue line shows market capitalisation in relation to the gross national product (GNP). This is another surprisingly reliable measure when it comes to assessing likely future profits, despite being theoretically flawed. And it’s also scaling the heights.]

So far we know that P/S is currently at an extreme high that indicates poor long term investor profits. What’s also interesting is that for practically the whole period in the chart, since 1993, it’s been extremely high relative to the longer historical record.

What happens if things go back to “average”?

From eyeballing part of Ned Davis’s charts (too complicated to reproduce here) I’d say that the average P/S between the 1955 and 1993 was only around 0.7. That’s a massive two thirds lower than today’s level of 2.1.

Eyeballing the red line in the chart above suggests the average P/S since 1993 is about 1.5. Even if we’re on a permanently higher plane of valuations for some reason (an argument for another day, but I have serious doubts), that average is still almost a third below the current market.

Mind you, 1.5 was about the same P/S as the last market peak in 2007. The global financial crisis drove it down to below 1.0. I can’t think of a special reason to suspect such a major meltdown of the financial system is just around the corner again (whereas I saw clear signs in early 2007). But how about a perfectly normal, common-or-garden, slow motion two year crash, perhaps with a little overshoot to the downside? It’s not like there’s a lack of things that could go wrong in the US or the world at large.

Just because taxi drivers and grandmothers aren’t asking for stock tips doesn’t mean stocks aren’t seriously overpriced or that the bull market can’t end. This market’s priced for perfection, which is another way of saying it’s priced for disappointment.

The S&P 500’s price-to-sales ratio has been one of the strongest predictors of long term returns in the past. At it’s current level, as high as the peak of the 2000 bubble, it suggests a miserable decade ahead. And perhaps some seriously miserable years in between.

But all is not lost. There’s usually opportunity to be found somewhere in the world. For some ideas on where to look now take a look at “Where to find growth AND value in today’s markets”.

Beyond that, my recommended asset allocations remain unchanged from those sent to OfWealth Briefing readers in September 2016 (and confirmed in November and December):