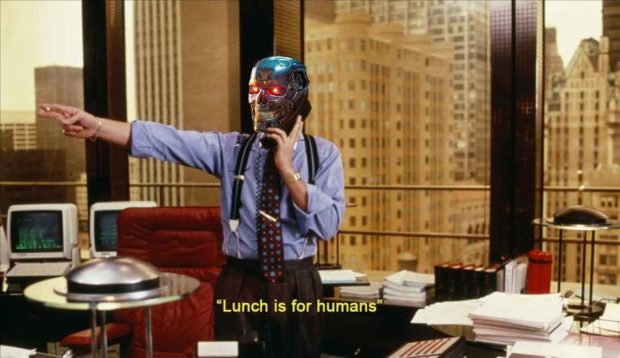 It’s been a decade since the global financial crisis started in earnest.  Wall Street pay has imploded since then, and it continues to fall. Most people probably think that’s long overdue. They certainly won’t feel pity for the bankers. But underlying this trend is something that could spread to all sorts of well paid jobs. Will you be next?

In the world of investment banks the benchmark is Goldman Sachs. For the past couple of decades, and maybe longer, Goldman people always got paid more than anyone else…although they often pay a high personal price to be a part of the collective hive.

Yet, even at Goldmans, pay levels have collapsed over the past decade. That, in itself, may not be something that bothers you. In fact it may well cheer you up to know it. But even if you work far from banking the implications could be huge.

To understand pay levels at investment banks, first you need to know that not everyone that works for them gets paid a fortune. A handful of people get megabucks, which pulls up the “average”. Most people get paid well below that average.

If you plotted all the bankers’ pay on a chart – with the lowest paid to the highest paid in order from left to right, and the amount that they were paid on the vertical axis – it would look something like the following chart. Actually it would be more extreme, with more people bunched up to the left and a longer and lower tail to the right. 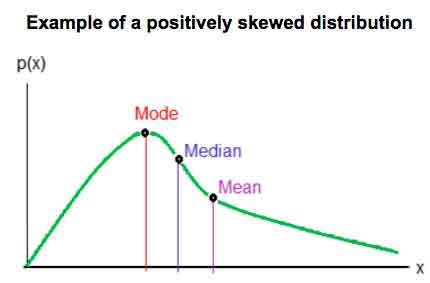 This means that looking at an average (mean) doesn’t tell us how much most investment bank employees get paid. But looking at the direction of travel from year to year does tell us whether their pay levels are generally rising or falling.

Look, I get it. That’s hardly breadline stuff, and you’re unlikely to shed a tear. Especially for people working at the “vampire squid”, as Matt Taibbi of Rolling Stone magazine so eloquently described Goldman Sachs in 2010.

But that’s not my point. What’s more interesting is why it’s happened, and what the implications are.

In fact the figures I just gave you were in current dollars in each year. If we adjust for US inflation, and express everything in 2016 dollars, the fall was even more. In 2016 average pay levels at Goldman Sachs were down 36% versus 2005 and 48% versus 2007.

I’ve worked out the figures for every year since 2005 and put them in the following chart. The green line shows actual average pay and the red line shows pay in terms of 2016 prices (adjusted for official US consumer price inflation). 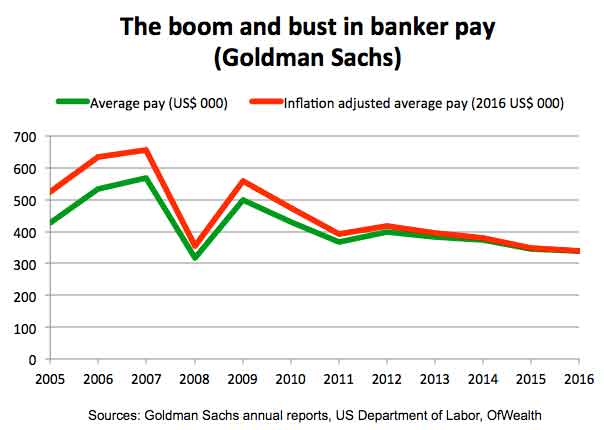 The upshot is that real (inflation-adjusted) average pay at Goldmans is down by half since the 2007 peak of the financial bubble, and over a third lower since the more “normal” 2005 year. It also looks like it’s on a clear and continuing downwards trend.

“Yippee” I hear you cry. But hold your horses. Let’s dig into why this has happened and – most importantly – the implications.

First and foremost, banks struggle to make a decent profit on their capital these days. And since the return on capital is what makes a banking business successful or not, this is a big deal. If there’s no prospect of making a decent return then the best thing for shareholders would be to close down and liquidate the business.

This profitability collapse is for various reasons, but the main one is due to much stricter regulations brought in (rightly) as a reaction to the 2007-2009 crisis. Specifically, banks have to have a lot more capital in relation to the size of their assets. This means they’re less leveraged and, hopefully, much less risky.

At Goldman Sachs, total assets were over 26 times shareholders’ equity at the end of 2007. At the end of last year that leverage factor had fallen just below 10. Profitability, in relation to that equity capital, was also down sharply. In 2007 the bank made 27% post-tax return on equity. In 2016 it managed just 8.5%, or over two thirds less.

That simply isn’t enough return on capital. So Goldmans – in common with its global competitors like Deutsche Bank – is having to find new ways to slash costs.

Salaries and bonuses are by far the biggest expense for an investment bank. The total amount paid out is usually decided at the board level as a percentage of revenues. Then, once a year, all the business divisions within the bank have a huge internal fight over how the spoils are divided.

The percentage of revenues that Goldman pays out as “compensation” (pay) has fallen from 47% in 2005 to 38% in 2016. At the same time, top line revenue per employee has fallen too. Add in the grinding effect of consumer price inflation and average banker pay has been slashed, as I explained before.

Despite these big pay cuts, profitability is still inadequate. And if any bank pays below the going rate then mercenary employees will walk, and work for a competitor.

So what’s a bank to do? The answer, of course, is automation. Expensive and often egotistical people need to be replaced by uncomplaining computers.

With a big sector like banking being forced to lead the way, it’s only a matter of time before automation spreads rapidly into other, well paid, professional jobs. In other words, banking’s ongoing profitability crisis has the potential to indirectly decimate employment prospects across a wide range of other sectors.

Automation and the march of technology in general are nothing new. I used to work in banking myself and saw plenty of it over 15 years in the sector. Back in 1993 my department still had a typing pool. A dozen typists produced carefully worded paper memos, which were hand delivered to recipients’ desks by internal messengers. Then email took off, and most of them were out of luck.

Also there were still accounting clerks that filled in giant paper ledgers with pencils. The last of a dying breed. And armies of traders shouting at each other down phones or jostling in trading pits. They were all gone a few years later, replaced by computers.

According to one report from the MIT Technology Review, one trading department of Goldman Sachs had 600 people in year 2000, but is now down to just two people and a lot of processing power.

There’s a new wave of automation going on. Computers, armed with artificial intelligence, can review thousands of pages of legal contracts in a fraction as much time as a human lawyer or budding investment banker.

These days computers can even compile basic investment reports without human intervention – drawing together financial data and writing passable (if dry) descriptions of markets. Many stock analysts are living on borrowed time.

The trend is clear in the investment banks. They’re paying fewer people, and those that remain are being paid less. It’s only a matter of time before that spreads to other sectors with expensive employees.

Lawyers, accountants, doctors, engineers…all could be at risk from automation and artificial intelligence. Ironically, even technology experts and programmers could find themselves at the sharp end of their own creations. But apart from potential career risk – for ourselves, our kids or our grandkids – there are investment implications too.

Obviously there will be certain technology companies that will reap the benefits. Although picking the winners is likely to be as hard as ever (see here). The regulated oligopoly known as banking could restore its profitability to acceptable levels (see here for my latest take on the turnaround opportunity at Deutsche Bank, which is also making a big push into technology and automation). And other sectors with a high wage bill could see improved profitability too – or at least the companies that move fastest.

Whatever happens, it will be interesting to watch in the coming years and decades. And although there may be threats there will be opportunities too. The implosion of Wall Street pay is just a reminder of what’s going on.