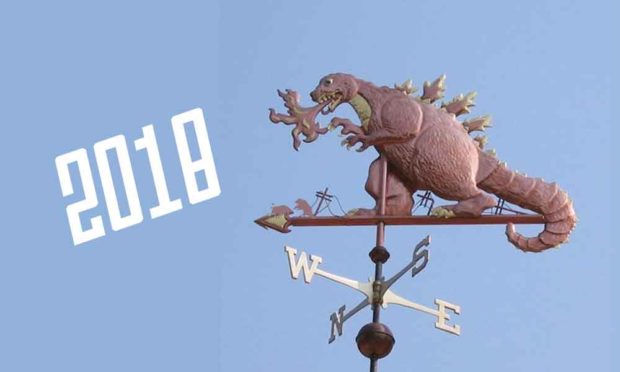 With only two weeks of the year left, it’s time to think about what to look out for in 2018. Many assets are expensively priced, or even in apparent bubbles. In an uncertain world, investors should continue to play it safe.

Earlier in the week I asked “What did we learn in 2017?”. Apart from a review of how markets performed, I looked at how my recommended portfolio held up. (It did very well, especially given that it takes a cautious stance.)

I’m not in the business of making short term price predictions, such as the S&P 500 reaching a certain level by the end of the year. No one has a clue where prices will go over such a short time frame. So it’s dangerous for people to make such predictions, or for anyone to take them seriously.

Instead, I focus on highlighting what is or isn’t sensibly priced at the moment. If you buy something when it’s cheap you’re more likely to make a fat profit over time. If you buy at an expensive point then your profits will probably be smaller, and may in fact be losses instead.

Put another way, successful investing involves improving your chances of a happy outcome by paying close attention to prices and market valuations. No one gets it right every time – not even the best hedge fund managers or Warren Buffetts of the world. But if you consistently avoid overpaying for anything then you’re far more likely to come out on top overall.

US politicians will probably approve a tax reform bill before 2017 ends. Once everyone knows the final details it will become clearer who the winners and losers will be.

Many expect tax cuts to increase the US budget deficit, meaning a bigger hole has to be plugged with new borrowing. This means extra supply of US treasury bonds, just as the Federal Reserve is running off the holdings it accumulated from quantitative easing, or QE (printing money to prop up markets).

Quite a few people think the US economy is already overheating. Additional fiscal stimulus from lower taxes could cause inflation to tick up, if it means more private money sloshing around the economy. To keep inflation in check, the Fed may have to raise interest rates faster than expected. Combined with the extra bond supply, bond yields could rise.

In turn, the interest expenses paid by highly indebted US corporations could start to creep up, offsetting any anticipated profit gains from tax cuts. At the same time, investors in the stock markets could start questioning sky high market valuations, in the light of higher bond yields.

It’s well known – at least to regular readers here – that US stocks are trading in bubbly territory. The potential combination of rising inflation, higher interest rates / yields and disappointing corporate profit growth, versus current expectations, has the potential to send stock prices down. Especially after such a long bull run, since 2009.

In any case, the US stock market is expensive. So I continue to urge caution when it comes to US stocks. If you’re heavily invested, be prepared to get out fast.

In the meantime, the European Central Bank is still busy with QE. Bond yields remain pinned to the floor in most eurozone countries, and real (after-inflation) yields are mostly negative.

This is a woeful state of affairs for investors, but obviously wonderful for borrowers such as governments and large corporations. However, it’s expected that the ECB will eventually reduce its purchases. Soviet style market manipulation will continue, just perhaps a little less of it.

The endless saga of the Brexit negotiations will drag on. The details are already tedious, but the UK won’t actually leave the European Union until March 2019.

A big problem for the UK is that it has a weak government, “led” by Prime Minister Theresa May. Also, it’s clearly not in the EU’s interest to give the country an easy ride. The Brussels bureaucrats will do anything to stop another country breaking away. This is much easier given the weak UK government.

But Brexit isn’t the biggest risk to the UK, at least from the perspective of business or investment. The government is so wobbly that the risk of (another) snap general election is a serious one.

If the newly hard-left Labour party gets into power, led by an old school “trot” called Jeremy Corbyn, then all bets are off. These are the sort of people who still think that rent controls and price caps are a good idea.

Corbyn and his comrades would get straight into cranking up spending, and slapping higher taxes on to businesses and property. Public borrowing would shoot up to fill the sudden shortfall in taxes. The pound would fall, inflation would spike, interest rates would rise. The hugely indebted economy would grind to a halt.

Of course, all of that could take a few years to happen, even if Corbyn sweeps to power in 2018. But I bet the markets would react in anticipation of the carnage to come.

On the European continent, Italy will have a general election before 20th May. Currently leading the polls is the anti-establishment, euro-sceptic Five Star Movement. The EU dodged a bullet in 2017, when the French people didn’t elect nationalist Marine Le Pen to be president. But Italy could provide a new headache for Brussels in 2018.

(Note that Silvio “Bunga Bunga” Berlusconi – Italy’s insatiable, 81 year old former prime minister – is running again. If anything it should be entertaining.)

Over in Russia, there are presidential elections in March 2018. Vladimir Putin will win, and remain in office for six more years. There really is no other candidate with a realistic chance. In the meantime, Russian stocks are still the cheapest in the world, and likely to reward patient investors with a stomach for short term price swings.

The Middle East will remain a powderkeg. I have no interest in investing there, even where it’s possible. The recent purges undertaken by the ruling clique in Saudi Arabia are just the latest example of the unpredictability.

Now and then I come across recommendations to invest in Turkey, which is practically in Europe. It’s served me well to stay away in recent years (although Turkish stocks actually did well in 2017). With the government of President Recep Erdogan apparently becoming more and more authoritarian over time, I don’t expect to change my mind any time soon.

Over in Asia, hopefully the tensions between North Korea and the US (and allies) will die down. But a lot of the political rhetoric suggests the situation could get worse. I continue to believe that investors should stay away from South Korean and Japanese stocks.

Although both those markets are reasonably priced, the real possibility of a conflict on the Korean peninsula, and missiles landing on US military bases in Japan, means they aren’t worth the risk. But if things calm down then they will be worth a close look again.

Despite ever-present concerns about high corporate debt levels in China, the country will probably continue to dodge a financial crisis. But, just because it’s China, doesn’t mean that financial realities have been suspended. Inflated debt levels will cause a problem one day.

Let’s turn to Latin America. Wide ranging reforms in Argentina will continue and the economy will kick into growth mode. That’s barring an external shock such as a meltdown in agricultural commodity prices. In the meantime, the tiny Argentine stock market starts the year horrendously overpriced. Sooner or later it’s likely to disappoint investors.

Brazil has a general election in October 2018, and may surge back to the left. This could unsettle investors, and cause a sell-off in stocks.

The Venezuelan government, led by Nicolas Maduro, will increasingly give up any remaining pretence of democracy, as the hyperinflation and economic meltdown continues. A presidential election is due in October, and it will be heavily rigged.

Huge and prolonged street protests during 2017 failed to unseat Maduro. Could 2018 be the year?

The world is always full of uncertainty and surprises. With that in mind, I wrote the following guidelines at the end of last year. They’re just as relevant now as they were then. They’ll still be correct in 10, 20 or 100 years time. So they’re worth repeating:

In the meantime, I continue to recommend a conservative portfolio allocation that should withstand most scenarios, but still leave plenty of room for profit (see here and here for more).

There are always plenty of profit opportunities around, and I’ll continue to share the ones I find. But, at times like these, it pays to have a good defensive game as well.

Today I’ve given you a high level round up of some of the potential things to look out for in 2018. But I’m just one person, and it’s a big world. As always, I’d be really interested to hear your own ideas, concerns, or where you see opportunities. You can write to me at the email address just below.