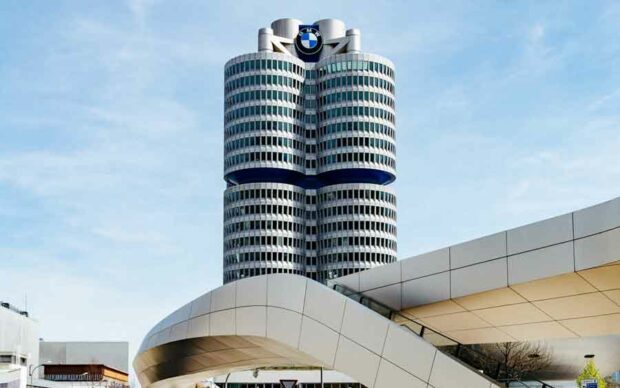 Over the long run, German stocks have matched the performance of US stocks. But they’ve lagged behind in recent years, and now look quite cheap. There are some short-term risks, such as a slowing European economy and the potential for big US tariffs on car imports. But German stocks look like a good medium- to long-term prospect at current levels.

Looked at yet another way, an investor that bought a 10-year bund today, and held it to maturity, would make just 0.1% a year. That’s the nominal return, before taxes, inflation and dealing costs. Over ten years, even assuming no change of P/E, an investment in the MSCI Germany index is likely to make 9-10% a year. That’s from dividends plus capital gains, the latter driven by likely corporate profit growth.

It’s also far lower than the 16.1% a year made by investors in the MSCI USA index, including dividends. This is interesting, since German stocks have generally matched US stocks over the long-run. US stocks are now fairly pricey, whereas German stocks looking fairly cheap. This adds weight to the chance that the latter will meaningfully outperform over, say, the next 10 years.

To illustrate this, below is a chart that makes an ultra long-term comparison between the MSCI indices for Germany and the US, going back to 1969. The lines are indexed for easy comparison, both starting at 100, are measured in US dollars and include dividend income.

German vs. US stocks – often ahead, currently behind(Total returns, December 1969 to January 2019, indexed, US$)

Before going into more detail on the German stock index, let’s take a step back and remind ourselves of some of the basic facts about Germany.

Clearly, Germany punches above its weight in the world’s export markets. It has particular strengths in cars, vehicle parts and pharmaceuticals. It’s also the most powerful country in the European Union. The country is a massive economic success story, despite reunification with the much poorer East Germany in 1990, as the Soviet Union collapsed. That was desirable but expensive.

Getting back to stocks, the MSCI Germany index is highly diversified across sectors. That’s as you’d expect in an advanced, industrial economy. The following chart breaks out the index by business sector.

The Consumer Discretionary sector includes the car industry. Volkswagen, Daimler and BMW combined make up 9.3%, plus another 1.5% for Continental, the tyre manufacturer. But the sector also includes companies such as Adidas (3.6%), the second largest sportswear manufacturer in the world (after Nike).

The Financials sector is dominated by Allianz, the insurance and asset management giant, which makes up 7.9% of the index. Munich Re, another insurance company, is another 2.9%. As such, banks are only a small piece of the index.

In fact, no banks make it into the top 10 companies by market capitalisation. That top 10 makes up 54% of the index. The top 5 alone come to 36%. These are SAP (enterprise software, 9%), the aforementioned Allianz (insurance, 8%), Siemens (industrial conglomerate, 7%), Bayer (pharmaceuticals, 6%) and BASF (chemicals, 6%). So there’s concentration in the top companies, but those companies are themselves diverse.

Let’s go back to the car industry, which we’ve already established is 9.3% of the index. On Sunday 17th February, the US Department of Commerce delivered a report to US President Donald Trump about whether foreign car imports constitute a “national security threat”.

Seriously? Are German cars going to crash because of their poor build quality? Are they going to start themselves in the dead of night, and go out in search of pedestrians to mow down? Are Mercedes and Maybachs high risk, just because African and Middle Eastern despots like them? Are infotainment systems going to tell bad jokes to passengers? It’s absurd.

The contents of the report haven’t been made public. But Trump has 90 days to decide whether to slap tariffs as high as 25% on imports of cars and car parts. German car manufacturers could find themselves in the firing line (along with carmakers from Japan and South Korea, other supposed US allies).

Obviously enough, this is a short-term risk that could weigh on those car companies’ stocks prices. But there are a few major factors that mitigate the risk.

First is that German carmakers already make loads of cars inside the US. For example, BMW’s biggest factory in the world is in Spartanburg, South Carolina.

Second is that these are truly global companies, with sales across the world. Using BMW as an example again, out of its global vehicle sales last year, only 14% were sold in the US (and remember, a lot of those were made inside the country). China is its biggest market by far (26%).

Third – and perhaps most importantly – there’s loads of bad news already baked into the stock prices of German carmakers. Across Daimler, Volkswagen and BMW, the average P/E ratio is just 6.3 and the dividend yield is 4.9%. That’s very cheap, meaning investors in those stocks are likely to be well-rewarded over time, with or without US tariffs.

How has the German index performed?

Having looked at the shape of the index, let’s turn to how it’s performed in the past. As the first chart showed, German stocks have tended to match US stocks over the ultra long term, and actually outperformed for much of the time. But the US outperformed overall, up to the present day.

Since December 1969, the earliest available data, the MSCI Germany index made 9.1% a year, in US dollars and including dividends. By comparison, the MSCI USA index made 9.9% a year. Over those 50 years, that adds up to a big difference of 42%, with profit compounding.

But I believe that difference in performance is largely down to the current P/E differential, whereby German stocks are relatively cheap (P/E 13) and US stocks are relatively expensive (P/E 20). For reference, the median historical P/E of the S&P 500 index, which is pretty similar to the MSCI USA index, was 14.7 since 1899.

So, let’s do a little experiment. What if both German and US stocks traded today at the same P/E of, say, 15?

Changes to P/E make very little difference to returns over the ultra long run. Moving from a P/E of 10 to 15 always adds 50%. Over five years, that’s a boost of 8.4% a year to average compound annual returns. But over 50 years it only boosts compound returns by 0.8% a year. Put another way, over very long periods what matters is growth of EPS (from company profit growth or net stock buybacks), which drives capital gains, plus dividend income (which also tends to grow in line with EPS).

I don’t know what P/Es the German and US indices had back in 1969. But at least if we anchor one end (now) at 15, it strips out most of the potential impact of P/E changes over those 50 years. If both indices traded at 15 today, the German one would have made 9.4% a year and the US one 9.3%. Overall, the US index would have underperformed by 6% over 50 years.

I’ve compared the charts of the two markets over various periods (since 1969, 1988, 1998, 2008 and the last five years). It appears that the divergence started in earnest in early 2014. German stocks have gone sideways for the past five years, which is precisely what makes them attractive today.

German stocks have lagged the US for at least five years (Total returns, December 2008 to January 2019, indexed, US$)

The German economy will suffer recessions just like any other, but it’s not going to implode any time soon (whereas some other parts of Europe have serious problems). World-class German companies will continue to grow their global profits. This looks like an attractive entry point.

An easy way to invest is via the iShares MSCI Germany ETF (NYSE:EWG), which tracks the index for a fee of 0.5% a year. At the current price of $26.98, the dividend yield is 2.8%, based on last year’s payments. That’s in line with the index dividend yield of 3.3%, once the fees are deducted.

Although there are short-term risks of a trade spat with the US, which could weigh on prices further (even if it’s without much justification), I believe German stocks are attractively priced. That’s after a long period of underperformance. If you buy them for the long term, you should be well rewarded. If they subsequently fall further in the short term, you’d do well to buy more.