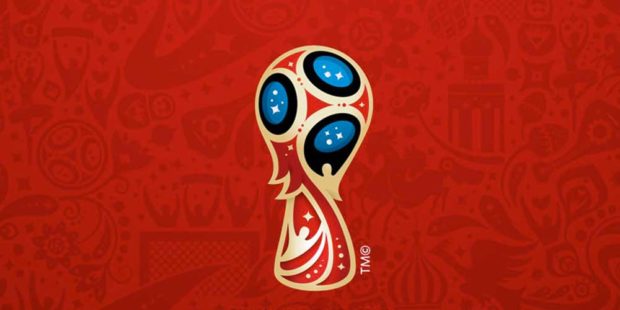 Success in investing is all about improving the chances of consistently making healthy profits. The single most reliable way to do this is to buy things when they’re cheap. Buying into a cheap country index is particularly reliable, since whole countries are rarely “value traps”. One particular market has performed well in the past, but is still dirt cheap today.

People often get excited about big, new “story” stocks. These are pieces of companies that are going to change the world, or so we’re told.

Sometimes they do, and the investment returns can be spectacular as they pile on revenue growth for many years. Occasionally they even book a profit in their accounts.

The problem is that for every single successful story stock there will many tales of tragedy and woe. Picking the eventual winners is fraught with difficulty. Combine the slim chances of business success with the (usually) eye watering stock valuations, and the prospects for investors are little better than having a punt on the horses.

Few people highlight this reality. Everyone talks endlessly about the big winners of this type. The losers are swept under the carpet of market history and promptly forgotten.

Is there a better way to go about things, with more reliable and profitable outcomes? There most certainly is.

It’s about finding stocks of solid businesses with decent valuations. Far more of these are likely to result in healthy investor profits, especially across a diversified portfolio of such investments.

This is especially true of country indices of stocks. Obviously, countries have their ups and downs. But complete failure of all the largest companies in a country – which is basically what a country stock index consists of – is extremely rare. It requires extreme situations like mass confiscation of private property (think of China in 1949) or losing a major armed conflict.

But let’s take a step back. Why does valuation matter when it comes to likely investor profits in the future?

This sounds like such an obvious thing. But we appear to (once again) live in times where too many investors have lost sight of the basics. Once again, the cold, hard logic of financial fundamentals has been pushed aside and replaced with a wing and a prayer.

In the end, the financial fundamentals reassert themselves. Reality always wins over rhetoric.

Don’t believe me? I encourage you to reconsider. Here are just a few examples of why:

All of those were bubbles of one kind or another. Investors that bought near the top relied on the bubbles expanding even more to get decent returns. Instead the bubbles popped, as bubbles do.

Investors in stocks (or anything, really) are far more likely to get a good result if they search out the world’s bargains. Not every single one will work out as expected, but the point is that most will. The net result – averaged across a portfolio of stocks that are all bought when they’re cheap – has a much higher probability of success than speculating on the latest fad.

I’ll explain by way of a simple example.

Imagine a company that has earnings-per-share (EPS) of $10. It pays out 50% of profits as cash dividends (the payout ratio), meaning that dividend-per-share (DPS) is $5. Finally, both EPS and DPS grow at 6% a year.

Let’s say the stock trades at a price of $200, which is to say a price-to-earnings ratio of 20. Assuming the P/E ratio never changes, the stock price would increase by 6% a year, in line with EPS growth. The dividend yield would be 2.5% ($5 as a percentage of $200), and also stay constant as DPS grows in line with the price.

In this case, total return would be 8.5% a year (assuming dividends are reinvested). That’s 6% from capital gains, as the price rises driven by EPS growth, and 2.5% from dividends.

Now let’s say the stock of the very same company falls to $100 for some reason, but the underlying business hasn’t changed. In other words, EPS and DPS still grow at 6% a year, and the payout ratio is still 50%.

That should be clear enough. Dividend yields are higher when stocks are cheaper, all other things being equal. This means total returns are higher. But there’s another factor that can increase returns even more.

You’ll have noticed that both examples assumed the P/E ratio stays unchanged in future. In reality, P/E ratios change over time, as stocks become cheaper or more expensive. This can have a big effect on total profits.

Of course, there’s no guarantee either way. But it’s about understanding the likelihood. In the meantime, as the example illustrated, if you buy dividend paying stocks when they’re cheap then you’ve already boosted your likely profits.

Knowing all of that, what would you think of a country stock market index with the following characteristics?

I’d hope you at least wanted to know more. How about this?

In other words, the stock market isn’t just cheap, but the country has a sound financial and economic situation.

Despite the current cheapness, this stock market has actually beaten the US market, starting in the mid-1990s. That’s measured in US dollars, and including dividends. And it’s not exactly like the US market is cheap right now.

You can see that from this chart of the country’s MSCI index (in orange) since the end of 1994 (when the index starts), compared with the MSCI USA (in green). 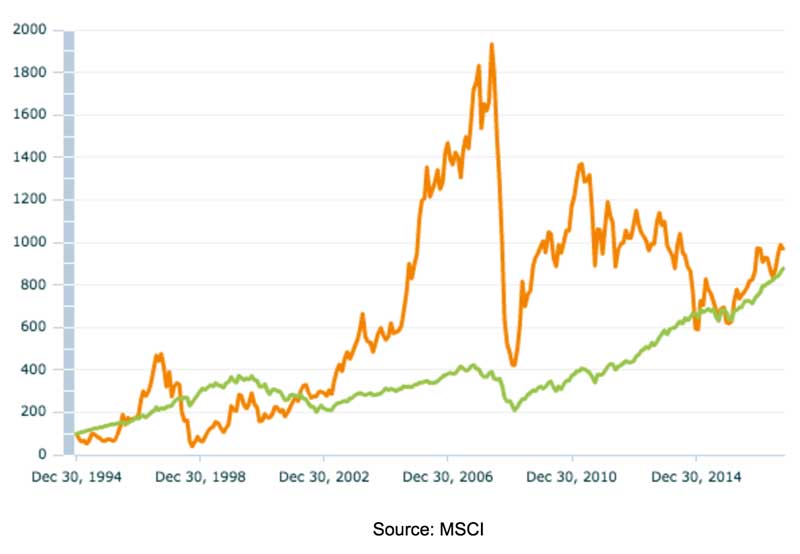 Where is this mystery country with sound finances and cheap stocks? Believe it or not, it’s none other than Russia.

You may or may not like the sound of that. But all I can do is point to the facts. Russian stocks have outperformed US stocks over the past 23 years. Russian stocks are cheap today and pay substantial dividend yield. Russia has solid finances.

(Incidentally, Russia came to mind this morning as I watched an Argentine TV journalist reporting from Moscow on the build up to the 2018 Football World Cup. It’s set to take place in Russia in the middle of next year. The coverage of this huge global soccer event is bound to increase interest in Russia. In turn that could focus more and more investor minds on the bargains on offer.)

Back in March 2015, I recommended cheap Russian stocks to readers of the OfWealth Briefing (see here). At the time I suggested the VanEck Vectors Russia ETF (NYSE:RSX).

That’s a great result over little more than two and a half years. Especially given how out of favour Russian stocks remain, given all the negative press.

RSX is still okay, but nowadays I slightly prefer the iShares MSCI Russia Capped ETF (NYSE:ERUS). That’s because it seems to do a better job of passing through the dividends to investors.

Russian remains the cheapest stock market in the world, despite great performance in the past couple of years. From this low level, and with the 5% dividend yield, it’s likely to deliver strong returns in future too.

Of course, it won’t happen in a straight line (see the chart in 1998, 2008 and 2014). Prices will jump up and down from time to time. But investors that buy cheap Russian stocks today, and tuck them away for the long run, are likely to do well. Just remember to reinvest those dividends.