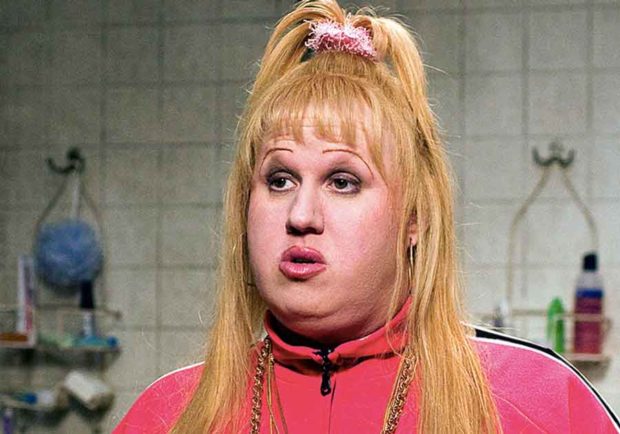 We’ve had a lot of comments on OfWealth’s article about the people that get paid just to breathe. It was about plans in Finland to give all adults a fixed monthly cash payment, whatever their wealth or work status. Today we’ll take a look at some of your views on this radical experiment, with some more thoughts of my own.

It was great to receive a lot of feedback on the concept of the universal basic income. Most of it was broadly, if cautiously, positive. Perhaps what surprised me most was that no feedback was wholly against doling out cash to everyone.

What follows is a sample of readers’ thoughts from around the world, and some additional comments of my own. To all of you that wrote in, even if we haven’t quoted you below, many thanks for your thoughts. We read everything that we received.

Cyril L: Interesting all right. Only thing I’m sceptical about is removing bureaucracy. When they brought computers into the workplace one of the big selling points was it would release the vast majority of government workers for more productive work. WRONG, all it did was cause them to invent new paperwork with which to fill in their time and increase their empires until we have the mess we have now.

I’m also sceptical about the implementation. As you point out, government initiatives to improve efficiency often result in nothing more than the efficient proliferation of more bureaucracy. The key to making a system of universal basic income work, at least less badly than current welfare systems, is to cut out current complexity.

Juhan L: Interesting idea, and it just might work: simplifies a lot of things, reducing bureaucracy and waste, and the money given out would be spent, hence stimulating the economy.

“Might work” is the key thing here. This model is unproven, but I like the fact that the Finns are at least willing to give it a try. If done properly there shouldn’t be a spending stimulus. The net government handouts should be the same as current ones. Old pension and benefit payments will be replaced, and taxes on the wealthy would rise to leave them no better or worse off. The big potential gains are freeing up time and resources, and potentially cutting the administration costs of the current, complex system.

Fred M: Our government cannot seem to get things moving. That ‘free’ money to the Finn’s will probably get spent, not just end up in the big guys’ hands as it seems to be doing here. Sounds like it is worth a try.

Again (see above) I don’t think it means more money floating around the economy. But you’re right that some lower paid workers could end up better off, and therefore spend more.

I certainly agree it’s better than the market manipulation policies of recent years, such as quantitative easing (money printing to prop up markets), but that’s a low bar.

QE and ultra low interest rates were supposed to stimulate the economy, but in fact may have had the opposite effect by hitting savers and pensioners. In the meantime those policies have handed big profits to the owners of financial assets such as bonds and stocks, which are mainly investment banks and the wealthy.

Neil P: Hi Marco, It will certainly take a lot of the complexities out of the government system. But I wonder, if the true wealth of a country is its labor, how productive will Finnish people become with this hand out?

I don’t think they will be able to compete with the countries of Asia, who are enabling millions of people to rise to the middle class. These people aspire to work hard and succeed in a free market system, without any handouts.

I believe history shows us that a motivated population, given the opportunity to work hard in a free market environment builds wealth for all. Time will tell.

You’re right about the wealth being created in Asia – and elsewhere – as increased economic freedom allows people to go out and improve their lot (see here for more).

As for the Finns, and other people that already live in developed countries, many of them already receive substantial benefits. There will always be lazy people and others that are highly motivated – it’s just part of the human condition. Perhaps facing up to that with the introduction of a universal basic income, which is just a simplified replacement of other subsidies, will be a good thing. But clearly if it results in higher unemployment and lower productivity then it will be a failed experiment.

George T: I enjoyed your last article about Finland giving out free money. I had to really think about it. Free money with no strings attached, no requirements, no proof of purchase… Basically they receive this money and they can do whatever they can with it. Hmm…sounds good but I don’t think it would work. Here is my two cents:

When people receive money free… I like to call these entitlements… After a while they believe it is their god given right. Take it away from them and they will revolt.

Sure I agree it will help some people to make end’s meet, but there will be people who use the money for drugs, booze, gambling, prostitutes, strip clubs… the list goes on. So something with good intentions can have unintended consequences. This type of program could end up costing the Finland government more money. Drug rehab, alcoholism, crime could go up… people will find away to invent a ghost person to receive more money.

Don’t get me wrong I am in favor of helping out the needy. I just wonder if these government programs do more harm than good.

At least in Finland they don’t say how you are suppose to spend the money! Hey I could use $868.00. I need a new surfboard, tennis racket, fishing equipment, or maybe I should use it for my kids’ college tuition. I have to think about it.

My natural position is also to be sceptical about government programmes. But I see this as a move towards less government and not more. All countries subsidise the less well off in one way or another. All countries are already awash with entitlements, whether they take the form or cash disbursements or non-cash services. At least a universal basic income aims to simplify things, which is a step in the right direction.

Will some of the money get wasted on various vices and comforts of the flesh? Sure. But again that’s nothing new. In fact it could surprise everyone and have the opposite effect.

There’s still a lot we have to learn about human behaviour and motivations. Portugal decriminalised drug possession 14 years ago, replacing the war on drugs with support for addicts. After an initial increase drug usage is now about a third lower than levels before the change of policy, and drug induced deaths are down around 80%.

While you give it some more thought, I hope you enjoy your surfing, tennis, fishing and educating!

Our final published comment is the most succinct and supportive of the idea.

Iain M: They should do this in every country.

You may be right, but I’m reserving judgement for now. I’d like to see how the Finnish experiment works out first. Also, something that works in one small, European country may not work so well in other places, due to cultural or other differences (general wealth levels, tax systems, population size and age profile…even the weather). Perhaps the Finns will be spurred to be more productive. Perhaps some others would simply put their feet up.

Who knows? But, given the failures of current systems, it at least seems worth trying something new.

AutomationEuropeFinlandGovernmentRetirementTax
Previous ArticleThe people that get paid just to breatheNext Article2015 was tough. Will 2016 be any better? (Part I of II)